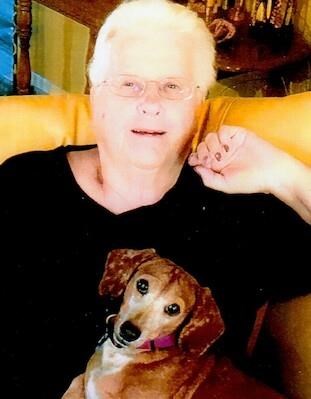 was born in Winnipeg, Canada on January 13, 1945, to Steve and Iris Kostick. Passed away December 2, 2020. She had three younger sisters, Betty, Marge and Daisy, and a brother, Dennis.

After graduating from high school where she was an outstanding student, she spent several years working in western Canada before returning to Winnipeg to continue her education. After graduating from college, Pat obtained a Nursing Administrators degree, serving as an administrator for several years before she moved to Toronto for a better job. She ended up at a large hospital where she supervised 600 nurses.

Pat started at Posada LTC in January 2002 as the Administrator. She was loved and respected by all residents and employees. Pat retired in 2012.

Pat is survived by her husband Jack; four sons, James McTaggart, Charles, John, and James Wilson, 10 grandchildren and eight great-grandchildren which she cherished. After a fight with lung cancer she succumbed to Covid-19. Arrangements by SMART CREMATION.

To plant trees in memory, please visit our Sympathy Store.
Published by Arizona Daily Star on Jan. 13, 2021.
MEMORIAL EVENTS
No memorial events are currently scheduled.
To offer your sympathy during this difficult time, you can now have memorial trees planted in a National Forest in memory of your loved one.
GUEST BOOK
3 Entries
Such an amazing lady and a wonderful Administrator, Posada Del Sol was lucky to have her. Pats contagious smile always brought comfort to all that new her. Condolences to all that loved her
Charlotte Watts
January 13, 2021
Miss you Pat such a loving and best admistrator we had at Posada.
Maricela Curiel
January 13, 2021
Ann and I just found out about Pat. We are so sorry to hear that bad news. She was a great friend and a great companion to Jack. Jack, we love you!
Dow Waite
January 13, 2021