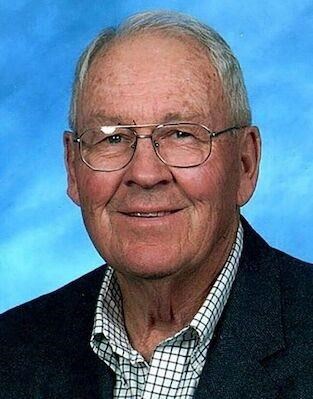 Passed away July 8, 2021. A Tucson native, Pete was born in 1930 to Paul and Florence Cella. Pete was in the Class of 1947 at Tucson High School and graduated in Civil Engineering from the University of Arizona in 1952. He served in the US Army Corps of Engineers in the Korean War. In business he was partner and owner of the Cella Barr Associates Engineers from 1960 to 1998, a multidisciplinary consulting engineering firm that planned, designed and supervised construction of highways, streets, business and residential developments. Volunteering in the Tucson community, he served as Directors of the Arizona Chapter of the Nature Conservancy, Arizona Sonora Desert Museum, Tucson Airport Authority and Stewart Title. He was Chairman of the RTA Technical Advisory Committee, Chairman of the Development Authority of Tucson Economy as well as Arizona Consulting Engineers Council. He was a volunteer for the Pima County Sheriff's Aero Squadron, and served on the Pima County Flood Control Board. During his 91 years Pete enjoyed scuba diving, flying and traveling all national parks and Canada in his motor home. With the Desert Dolphins Dive Club, he descended the ocean 85 feet on his 85th birthday. Pete was married 49 years to Cathy Crane Cella and is survived by daughters, Susan Ribaudo (Ross) and Kris Cella; four grandchildren and wife of twenty years, Nancy Baker Cella. Services will be held at Christ Presbyterian Church, 6565 E. Broadway, Saturday, July 24, 2021 at 11:00 a.m. In lieu of flowers, the family requests memorial gifts be given to charities of your choice.


Published by Arizona Daily Star on Jul. 18, 2021.
To plant trees in memory, please visit our Sympathy Store.
MEMORIAL EVENTS
Jul
24
Service
11:00a.m.
Christ Presbyterian Church
6565 E. Broadway, AZ
MAKE A DONATION
MEMORIES & CONDOLENCES
2 Entries
Susie, Kris and Family, I will always remember fondly your Dad and Mom all those years ago on Koralee Street!! I remember too your Dad scuba diving in Kino Bay and showing us kids his spear fishing prizes! What a remarkable man and well lived life!! Sending you our thoughts and deepest sympathy! Susie and Dennis Mulligan (Kuller)
Sue Mulligan
Friend
July 22, 2021
I met Pete at Christ Presbyterian Church when I was Organist. NO job was too small for Pete and ANything I asked to be done, he gladly repaired, changed, made new. If I had no requests He would find something . SO glad i saw he and Nancy at a restaurant about 6 weeks ago. I will never forget Pete and his pal Bob DeRees as they worked together many times having to listen to me practice the organ.
Kathryn SNodgrass
Friend
July 18, 2021
Showing 1 - 2 of 2 results