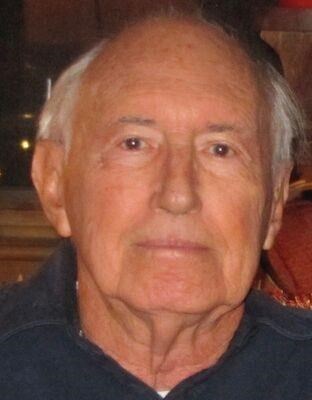 passed away on March 18, 2021 at the age of 93. He passed peacefully in his sleep and died of natural causes. Dick as he was known, was born on September 10, 1927 in Detroit, MI, the only child of Scottish and Welsh immigrants. He grew up in the Detroit area where his dad worked as a welder for the Ford Motor Company. Dick entered the Army when he was 18 and served in Korea and broke his back after he fell down a well on a training endeavor. After his time in the service he attended Antioch College in Ohio. Dick received a degree in civil engineering and moved to Hawaii after visiting there on his honeymoon with his first wife, Kamala. Dick later moved with his second wife, Jody, back to the mainland and lived in Georgetown, CA for 15 years. They moved to Tucson in 1996 where they remained until her death in 2007 and his in March of this year. Dick lived a full rich life and is survived by his two children, Heather and Heide Hughes; his stepdaughter, Linda Focht and six grandchildren. Arrangements by ADAIR FUNERAL HOMES, Dodge Chapel.

To plant trees in memory, please visit our Sympathy Store.
Published by Arizona Daily Star on May 9, 2021.
MEMORIAL EVENTS
No memorial events are currently scheduled.
To offer your sympathy during this difficult time, you can now have memorial trees planted in a National Forest in memory of your loved one.
Funeral services provided by:
Adair Funeral Homes - Dodge Chapel
MAKE A DONATION
MEMORIES & CONDOLENCES
0 Entries
Be the first to post a memory or condolences.