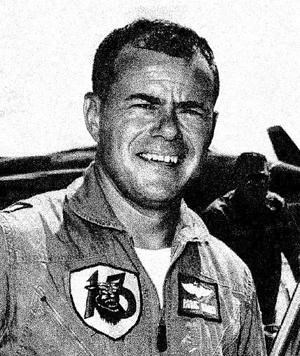 BORN
1932
DIED
2014
FUNERAL HOME
Adair Funeral Homes - Avalon Chapel
8090 North Northern Avenue
Oro Valley, AZ
Robert V "Boris" Baird 81, passed away Tuesday, April 15, 2014 in Tucson, AZ. Boris was born December 10, 1932 to Vernen and Dorothy Baird in Wichita, KS. He graduated from Wichita North High and Wichita University. In 1955 he was commissioned a 2nd Lt in the US Air Force. Boris spent 24 ½ years in the Air Force as a Fighter Pilot, attaining the rank of Lt. Col. After retiring from the Air Force in Tucson, he continued his love of flying by joining the US Aerobatic Team. Boris also loved hunting big game in North America and Africa, and pheasant and quail in the Midwest United States. Boris was preceded in death by his parents, his sister, Mary Lois and his brother, John. A Memorial will take place at 1:00 p.m. on Saturday, July 5, 2014 at Canyon Del Oro Baptist Church, 9200 N. Oracle Rd., Tucson, AZ. Arrangements by ADAIR FUNERAL HOMES, Avalon Chapel.

Published by Arizona Daily Star on Jun. 22, 2014.
To plant trees in memory, please visit the Sympathy Store.
MEMORIAL EVENTS
Jul
5
Memorial service
1:00p.m.
Canyon Del Oro Baptist Church
9200 N. Oracle Rd., Tucson, AZ
Funeral services provided by:
Adair Funeral Homes - Avalon Chapel
MAKE A DONATION
MEMORIES & CONDOLENCES
5 Entries
Gone, but never forgotten. God Bless you Boris.
June 17, 2015
I miss you Boris. All I have left are our memories. Thanks for your friendship. Love ya' buddy.
Carl Schroeder
July 6, 2014
I wish to offer my deepest condolences on the loss of your loved one. The God of all comfort can sustain you through this difficult time. May you find a measure of strength in the loving support from family and friends.
D. J.
June 27, 2014
I'm so sorry for your loss. At times such as this, we sure appreciate true understanding. May you find that through God's words. (Ps 147:3,5)
Jan
June 26, 2014
Thank you Susan and Sandy for allowing me to be a part of his amazing life.
Not only was he a military hero, he was a personal hero, for my son Mike, and myself. Boris is missed terribly, but my many memories will keep his smile firmly in my heart.
Stephanie Stevens
June 25, 2014
Showing 1 - 5 of 5 results