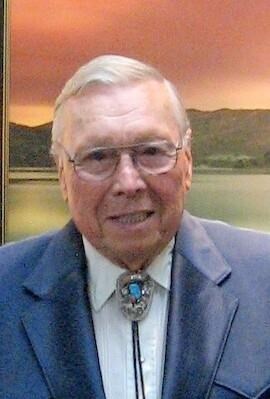 of Tucson passed on Friday, June 12, 2020 in Tucson. Bob was a long-time member of the Mining Foundation of the Southwest and was a 50 years member of the Arizona Geological Society where he held multiple Executive Board positions over the many years.

Bob was born in Cleveland, Ohio on December 22, 1932. His love of Geology began at a very young age. He received a degree in Geological Engineering from the Colorado School of Mines in 1955 and began his career working at Kennecott's Chino Mine near Silver City, New Mexico. Bob later moved to Kennecott's Ray mine in Arizona before joining the Duval Corporation in Tucson in 1966. Following his retirement, Bob worked as a consultant for major corporations in the United States, Latin America and Australia. During his career, he had over 50 years' experience in detailed geologic studies, and specialized in Gold, Copper and Silver exploration. He has published several technical papers as well. Bob was a highly respected and renown Geologist across the state of Arizona.

He was also an active member of the Society of Mining, Metallurgy, and Exploration Geology as well as in the local and national chapters of the NRA.

Bob was preceded in death by the love of his life Sarah Jo; his son, Tom (Linda). He is survived by his, daughter Lori and sons, Jim (Jeri), Dave (Cecilia); six grandchildren, six great grandchildren, his canine best friend Bruno and the other half of the "Double Trouble Duo" his best human friend Larry Dykers (Iris).

Plans for Bob's Memorial Service will be announced later. In lieu of flowers, please make donations to the Sonora Desert Museum or the Mining Foundations.


To plant trees in memory, please visit our Sympathy Store.
Published by Arizona Daily Star on Dec. 27, 2020.
MEMORIAL EVENTS
No memorial events are currently scheduled.
To offer your sympathy during this difficult time, you can now have memorial trees planted in a National Forest in memory of your loved one.
GUEST BOOK
1 Entry
Bob will be greatly missed always smiling
Barbara Sullivan
December 29, 2020