Robert Robinson Porter 1922 - 2011 scholar, naturalist, and beloved uncle, died peacefully of natural causes on May 4, 2011. He spent the last 25 years of his life in Tucson, serving as an outstanding docent for the Sabino Canyon Volunteer Naturalists organization. A lifelong gourmand and talented cook, Bob was honored to have his very own section, "Bob Porter From Scratch" in the Sabino Canyon Volunteer Naturalists cookbook, Culinary Delights, the sales of which support environmental education programs at Sabino Canyon. Born in Cape May, NJ, Bob grew up in Wilmington, Delaware. The family often wintered in Tucson, and Bob and his brother, Willard, attended Cate School in Santa Barbara. Bob subsequently graduated from Princeton University where he later taught classics. During WWII he served as a US Army lieutenant in the Pacific theater. After the war, he spent several years studying as a Rhodes Scholar at Oxford University in England. Upon his return, he was employed for many years as Dean of Davenport College at Yale University. "Uncle Ro" is survived by nieces, Christine Porter, Jeannette (Podie) Porter and Anne VanOlphen of Tucson; great-nieces, Hannah Hall Gibson of Austin, TX, Abigail Armstrong Gibson, Carrie Anne VanOlphen and Alison Jean VanOlphen of Tucson and Rebecca Ryan Porter and great-nephew, James Ryan Porter of Albuquerque, NM. Ro will be keenly missed by all who knew him, but by none more than his friend of many years and companion at Sabino Canyon, his sister-in-law, Jean Porter. Memorial Services are pending. He will be laid to rest in the Porter family plot in Wilmington, Delaware. "Good night sweet prince, and flights of angels sing thee to thy rest." Arrangements by DESERT SUNSET FUNERAL HOME.

To plant trees in memory, please visit our Sympathy Store.
Published by Arizona Daily Star on May 8, 2011.
MEMORIAL EVENTS
No memorial events are currently scheduled.
To offer your sympathy during this difficult time, you can now have memorial trees planted in a National Forest in memory of your loved one.
MAKE A DONATION
MEMORIES & CONDOLENCES
Sponsored by Christine A. Porter.
10 Entries
Fond memories of Uncle Ro hanging around the carpet shop.
Richard Redmountain
March 15, 2019
Bob was fine person who shaped many lives, including mine. His life was a full one and his talents were many. He is missed.
Brian Pendleton
September 26, 2011
Uncle Ro: Your dinners, your wisdom, kindness, compassion, and you kept me from flunking out of Yale
Robert Olmstead
September 25, 2011 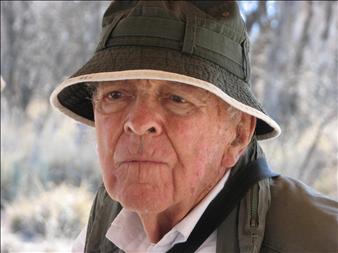 Bob was an inspiration to all of us at Sabino Canyon. It won't be the same without you. You will always hold a special place in my heart. Joan Eerkes, class of 2001
May 10, 2011
what a special man. rare as the rarest wildflower. a teacher through and through. a scholar. a gentleman. BRAVISIMO. you'll stay alive in the memories of so many. thank you, Bob. xo siscily scvn 2001
May 8, 2011
Bob was the consummate teacher. All of us who had the privilege of being his students during our SCVN training benefited from his knowledge, enthusiasm and the challenge of trying to do our best to earn his praise. In fact, just trying to keep up with him was challenge enough! Jan Dowling SCVN Class of 2006
May 8, 2011
Bridge 8 is for you, Bob
http://sabinocanyonnaturalist.blogspot.com/2011/05/bridge-8-for-bob.html

Thank you for inspiring us to look deeper into Sabino Canyon.
Anne Green
Class of 2007
Anne Green
May 8, 2011
My dear friend Bob,
You have touched the lives and hearts and minds of so many people in such a positive way here on Earth. From the first day I met you at SCVN classes in Sept. 2007
May 8, 2011
Dear Bob,
I always wanted to be you. Tosh
tosh lawrence
May 8, 2011
Bob graded all our quizzes during naturalist training the fall of 2009. He also added copious notes where appropriate. He only gave me a A- on my first quiz so I worked harder on subsequent ones, wanting to please him. He was an integral part of SCVN and will be missed by all of us!