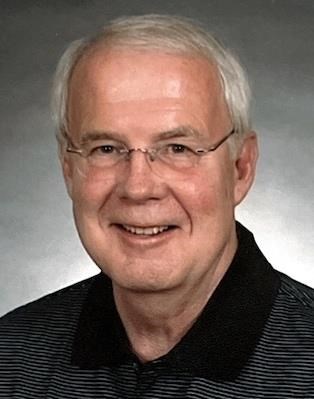 was born May 1, 1944 in Findlay, OH. He was the son of Oscar Fremont and Sarah (Eula L. Hosafros) Robinson (both deceased). He married his wife of 52 years, Susan (Scono) Robinson, on August 3, 1968. She survives along with two sons, David M. Robinson (Justin Kerr) of Columbus, OH and Brian Oscar Robinson (Jamie Johnson) of Dayton, OH and granddaughters, Katherine and Victoria. His sister, Mary Sue Peoples (Robert) also survives and lives in Sun City, Oro Valley. Bob was a 1962 graduate of Leipsic High School where he lettered four years in football and was co-captain his senior year. He was a four year member of the Leipsic High School band, mixed ensemble and contest chorus. Bob was a long time member of the Explorer Scouts and even attended the 1960 Boy Scout National Jamboree in Colorado Springs, CO. He was a member of the Leipsic Fire Department for 27 years before retiring in 1997. He graduated from The Ohio State University in June 1967 and was a member of Lambda Chi Alpha fraternity. Upon graduation, he was commissioned a Second Lt. in the United States Air Force. Lt. Col. Robinson served as an aircraft maintenance officer and squadron commander for 28 years. Robert was the co-owner of a family business, Robinson Auto Supply, in Leipsic and Deshler, OH. He was a lifetime member of the Leipsic Methodist Church. Bob and Sue eventually moved to Prescott, AZ, in 1999 where he retired. His journey ended in Sun City, Oro Valley on April 20, 2021 surrounded by his wife and sons. In lieu of flowers, donations can be made to the PMD (Parkinson's & Movement Disorder) Alliance or Casa De La Luz Hospice. A celebration of Robert's life will be planned at a future date in Columbus and Leipsic, OH. Arrangements by EVERGREEN MORTUARY.

To plant trees in memory, please visit our Sympathy Store.
Published by Arizona Daily Star on May 9, 2021.
MEMORIAL EVENTS
No memorial events are currently scheduled.
To offer your sympathy during this difficult time, you can now have memorial trees planted in a National Forest in memory of your loved one.
Funeral services provided by:
Evergreen Mortuary Cemetery Crematory
MAKE A DONATION
MEMORIES & CONDOLENCES
0 Entries
Be the first to post a memory or condolences.