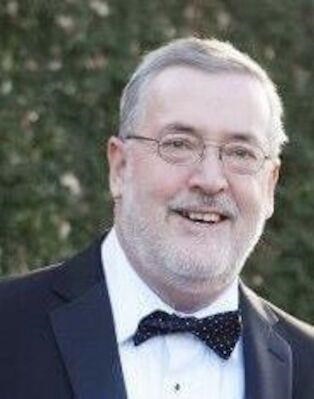 Scott W. Schlievert, age 73, of Tucson passed away on November 12, 2020 surrounded by the unending love of his three children. Scott was born in Fort Dodge, Iowa on August 5, 1947 and raised in Des Moines, Iowa, the son of Walter and Garnet E. Schlievert. He attended Des Moines schools through childhood and attended the University of Iowa (Go Hawks!) for his undergraduate degree. He graduated from the University of Arizona James E. Rogers College of Law (Bear Down!) in 1972 and practiced law in Tucson for forty-eight years, until his final days. He built a life his children were proud of and they were honored to call him "Dad". Scott is survived by his children, Matthew (Jessica), Ali (Adrian) Alejandro and Cullen (Anjuli); his beloved grandchildren, Rilo, Barrett, Aidden and Emma and his four siblings, Suzanne (Steve) Stockwell-Jackson, Sara (Lars) Peterson, Stuart (Betty) and Stephanie (Jeff) Pavlik. He discovered a love for reading and writing poetry later in life. After he passed, his children discovered this handwritten poem next to his favorite chair: "I know there is a time to go, I also know there will be an end as we know. I've had a full life, little travel but persons I bested. I'm not important enough to leave a bust or a painting of myself. I however know that I have lived a life that will be recalled by those who knew me best. I expect upon demise that any thanks go to my grandkids I love so much. I hope no extra money goes to my passing. My passing thought if one recalls that whatever happens, I'll be there, if at best, a vapor in the clouds." Written by Scott Schlievert Donations made in lieu of flowers will be used to honor Scott's favorite causes, Casa de los Ninos (520-624-5600 www.casadelosninos.org) and the Primavera Foundation (520-308-3116 www.primavera.org). A celebration of life will be scheduled at a later time at Our Saviour's Lutheran Church.

To plant trees in memory, please visit our Sympathy Store.
Published by Arizona Daily Star on Nov. 22, 2020.
MEMORIAL EVENTS
No memorial events are currently scheduled.
To offer your sympathy during this difficult time, you can now have memorial trees planted in a National Forest in memory of your loved one.
GUEST BOOK
2 Entries
I am very sorry to hear of Scott's passing and I pray that his family find peace and comfort in all the wonderful memories they have of their loved one. I met Scott when I was a courtroom clerk then later worked for him as a legal secretary in the late 90s. Scott had a great sense of humor, and he always seemed to have an easy-going manner about him. He will be missed by many.
Julie Erickson-Rys
December 22, 2020
Dear Matt, Ali and Cullen, We are very sorry to hear of your dad´s death. We will remember his kindness, helpfulness, strength, and great sense of humor. Our thoughts and prayers are with your family. Love, Dan and Joanna Coogan
Joanna and Dan Coogan
November 22, 2020