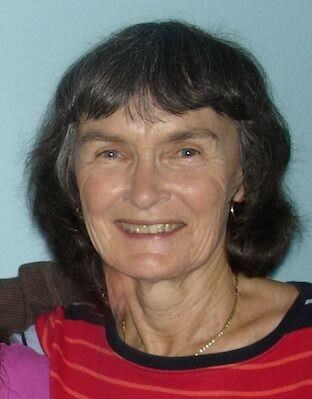 passed away at the age of 92 on the morning of July 11, 2021. Born on February 11, 1929 and raised in Somerville, Massachusetts, Terri graduated from Salem Teachers College in 1952. She married Robert Sheehan in 1953. While raising seven children, she earned a Master's at Winona State University. Terri became a school guidance counselor, started the drug and alcohol rehabilitation program for the district, was awarded teacher of the year, and sat on many community boards. Terri and Bob retired to Tucson in 1990 where Terri enthusiastically took up gardening, learned Spanish fluently, and did extensive volunteer work. She is preceded in death by Bob and their son, Joseph. Terri is survived by her daughters, Mary, Ann and Chris; her sons, Tom, John and Paul and many grandchildren. A private ceremony was held at Holy Hope Cemetery in Tucson where, next to Bob, she was laid to rest. Terri would be honored by donations made in her name to Habitat for Humanity in your area. Arrangements by HUDGEL'S SWAN FUNERAL HOME.

To plant trees in memory, please visit our Sympathy Store.
Published by Arizona Daily Star on Jul. 18, 2021.
MEMORIAL EVENTS
No memorial events are currently scheduled.
To offer your sympathy during this difficult time, you can now have memorial trees planted in a National Forest in memory of your loved one.
Funeral services provided by:
Hudgel's Swan Funeral Home
MAKE A DONATION
Please consider a donation as requested by the family.
MEMORIES & CONDOLENCES
1 Entry
Thoughts and prayers sent to you all.
Sharon Meduna
Friend
July 18, 2021
Showing 1 - 1 of 1 results