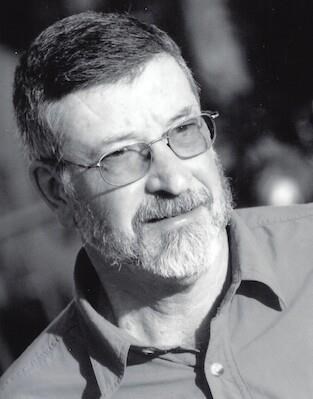 Tom was part of a military family and his education spanned multiple locations including Tucson; Bossier City, Louisiana; Bermuda; and Newfoundland. He graduated from Northern Arizona University where he played on the varsity golf team and was a member of the Blue Key Honor Society and Tau Kappa Epsilon fraternity. After graduation he attended the University of Washington where he obtained a teaching degree and taught junior high math and science. He then attended the University of Washington School of Dentistry, joining the Navy reserves during that time. After his naval service, he set up practice in Tucson where he enjoyed the challenge of caring for and building relationships with patients, many who became friends.

Tom's avocation included exhibiting and breeding dogs. In 1967, he acquired his first Scottie. Along the way he added Dandie Dinmont terriers and Standard Wirehaired dachshunds. He then segued to judging. He was approved to judge all terrier breeds as well as 19 hound breeds and Best in Show.

Tom was a member of the Scottish Terrier Club of America (STCA) since 1984. He served the organization as a board member, worked with the Illustrated Standard Committee and co-chaired the Judges Education Committee. For his contributions, he was awarded a Silver Service medallion.

Tom was also a member of the Scottish Terrier Club of California, the Dandie Dinmont Club of America, and the Desert Valley Dachshund Club. In Tucson, he was a member of the Cañada del Oro (CDOKC) and Madera Canyon Kennel Clubs serving as an officer and working many hours to help the clubs host annual shows. In 2020, CDOKC awarded him the AKC Outstanding Sportsmanship medallion for positively impacting the sport of purebred dogs.

Tom was a longtime member of the UA Wildcat Club and rarely missed a football or basketball game. He was most proud of being in attendance for the Wildcat Final Four Championship in 1997 and subsequently attended several other Final Four tournaments.

Tom had an artistic eye and used this skill to fashion unique jewelry for Janie. He also created bronze statues. Tom and Janie loved traveling, especially cruising the European rivers and experiencing Europe's Christmas markets. He loved fly fishing; he tied his own flies and made his own fly rods. His prize catches ranged from steelhead to halibut and salmon. He had a wonderful sense of humor, took great pleasure making dozens of tamales at Christmas time with Janie's family, and loved nothing more than a rousing political debate.

A Memorial Service will be held on Thursday, September 9, 2021 at 10:00 a.m., at Oro Valley Church of the Nazarene (OVCN), 500 W. Calle Concordia in Oro Valley, followed by fellowship and lunch in the Third Space.

In lieu of flowers, please consider a donation to OVCN Upward Sports (ovcn.church then click on Giving) or the Scottish Terrier Club of America Health Trust (https://stca.biz/about-the-stca/ways-to-help/). For information call VISTOSO FUNERAL HOME 544-2285.