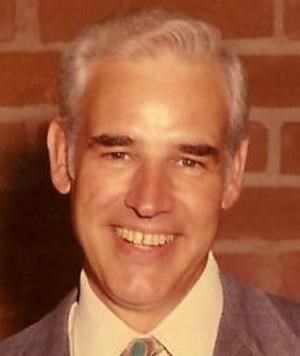 Thomas Murray Skinker 86, born March 21, 1928 in Brooklyn, NY, died April 16, 2014. Survived by wife of 56 years, Joan; daughter, Linda Skinker (Andy Gilmour); daughter, Peggy (Derek) Colsman; daughter, Donna (Charlie) Singleton; and grandchildren, David Colsman, Lara Colsman, Emily Singleton and Alex Singleton. Preceded in death by brother, Nick Skinker. Tom graduated from Alfred University in 1952 and Kirksville College of Osteopathic Medicine in 1956. Tom met Joan while an intern at Riverside Osteopathic Hospital in Trenton, Michigan, where Joan was a nurse. They were married on April 27, 1957. Because of glowing accounts of life in Tucson from Tom's college roommate, he moved his pregnant wife and two young daughters to the desert, sight unseen, and began a private practice in family medicine. Tom was an avid hunter, fisherman, four wheel drive explorer, hiker and camper. He loved working on cars, photography and exploring the beauty and history of the West. After early retirement in 1985, Tom and Joan enjoyed many years of RVing and international travel. Worsening Alzheimer's disease kept him home the last 10 years, but he was a gentleman to the end. May he rest in peace. Memorial Service to be private, donations may be made to the Tucson Community Food Bank in his memory. Arrangements by U OF A ANATOMICAL PROGRAM.

To plant trees in memory, please visit our Sympathy Store.
Published by Arizona Daily Star on Apr. 19, 2014.
MEMORIAL EVENTS
No memorial events are currently scheduled.
To offer your sympathy during this difficult time, you can now have memorial trees planted in a National Forest in memory of your loved one.
GUEST BOOK
8 Entries
I always had great respect a special place in my heart for "Doc Skinker" as did many of our neighbors on Blue Lake and in Indian Ridge. My thoughts and prayers are you during this trying time.
Scott Lucas
May 11, 2014
Joan and Family,
You are in our prayers. I have many fond memories of time spent with Tom.
Thomas McWilliams
May 3, 2014
I met TOM when I started practice in 1979. He was always smiling and truly enjoyed the practice of medicine. My wife and I had many good memories with TOM and Joan and some good times at Lil Abners dancing and having good food with Dean Armstrong and his wife. May God rest his sole. He was a good man and an excellent physician
Husband and father.
Oliver Shelksohn, D.O.
May 2, 2014
I am Paul Edgar's youngest son and remember Dr. Skinker as a fine man and doctor. May you continue to have fond memories of him for the rest of your lives; especially now as you mourn his passing.
David Edgar
April 23, 2014
We have so many wonderful memories of visits in AZ, MI, & DC.
We will all miss Uncle Tom, and wish we could be there with you.
Deepest Sympathy and love, Paula & Wally
April 20, 2014
Dear Linda, Our sincere sympathy to you and your family in the passing of your dad.
Donna and Maury Johnson
April 20, 2014
I first met Dr Skinker as a kid. He was just new to town, working with Dr Sherman Peterson, DO. Giving me an allergy shot, the needle broke. But, in spite of that first encounter, Dr Skinker became our family physician. His approach was not just medical, he cared for the whole being, wanting updates on family, career, etc. A very nice man.
David Smith
April 19, 2014
Tom, will be missed by so many friends, patients and his love ones.
May God bless his family during this time.
June Sewell
April 19, 2014