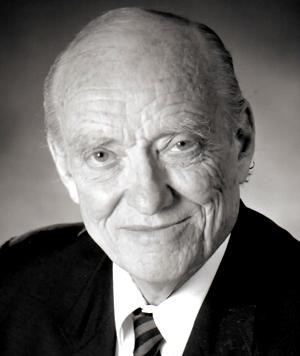 BORN
January 25, 1925
DIED
April 24, 2015
Dr. William Austin Sibley a founding father of the University of Arizona College of Medicine and first head of its department of neurology, died April 24, 2015. He was 90. He is survived by his wife, Joanne Shaw Sibley of Tucson; his sister, Margaret Sanborn of Pewaukee, Wis.; his daughter, Jane Clark of Lexington, Ky.; sons, John of Toronto, Peter of Tucson and Andrew of Tulsa, Okla; six grandchildren: Bill, Ian, Georgia, Robin, Sam and Shannon and his beloved Lab, Buster Brown. He was preceded in death by his parents, William and Erna Sibley, as well as his brother, Mulford Q. Sibley and sister, Agnes Marie Sibley. Dr. Sibley devoted his career to the study of diseases of the nervous system, and to the testing and development of treatments for multiple sclerosis, epilepsy, migraines and Parkinson's disease. His clinical findings and diagnostic skills continue to inform physicians around the world, and patients still benefit from his research. Dr. Sibley taught thousands of resident physicians and medical students in a neurology career spanning more than five decades. He continued to teach through 2012, more than 45 years after joining the UA medical school leadership in June 1967. He was straight off the tee, could sing extended passages from Gilbert & Sullivan from memory and enjoyed making goldenrod eggs for his family on Christmas morning. Dr. Sibley was a basketball season ticket holder at McKale Center during the Lute Olson years, spoiled his dogs and asked that his ashes be spread near his cottage and favorite fishing spots on the southeastern shores of Lake Huron in Ontario. In 2006, Dr. Sibley was awarded the John Dystel Prize for Multiple Sclerosis Research, awarded by the American Academy of Neurology and the National Multiple Sclerosis Society. In the same year he also earned the UA College of Medicine's Physician Scientist Award for Excellence in Clinical Research and Seminal Contributions to the Etiology and Treatment of Multiple Sclerosis. He authored or contributed to more than 100 books and academic journals. In 1984, Dr. Sibley was listed one of the nation's "1,500 Best Medical Specialists" by Town and Country magazine. He was also featured in "The Best Doctors in the U.S." (1981) and "The Best Doctors in America" (1992-93). Before coming to Tucson, Dr. Sibley was an assistant in neurology at Columbia University in New York City, an assistant professor of neurology at Western Reserve University in Cleveland and a visiting professor in the department of neurology at the Albert Einstein Medical School in New York City. From 1970 to 1974 and from 1976 to 1978 he served as chairman of the advisory committee on etiology, diagnosis and therapy for the National Multiple Sclerosis Society. He was a captain in the Air Force and served with the Far East Air Materiel Command in Japan in 1952-53. In 1954 he met his future wife in the neurological ward of Columbia Presbyterian Hospital in New York City, where she worked as a nursing instructor. They were married a few months later. Sibley was born in Miami, Okla. He earned his Bachelor of Science degree from Yale University in 1945 and his doctor of medicine degree from Yale in 1948. Friends are invited to Dr. Sibley's home, Wednesday, April 29, 2015 from 4:00 p.m. - 6:00 p.m. for a memorial celebration of his life. Write to [email protected] for address. In lieu of flowers, memorial contributions may be made to the Humane Society of Southern Arizona, 3450 N. Kelvin Blvd, Tucson, AZ 85716; the Sibley Resident Education Fund at the University of Arizona Foundation, P.O. Box 210109, Tucson, AZ 85721; or the charity of your choice. Arrangements by DESERT ROSE HEATHER MORTUARY.

To plant trees in memory, please visit our Sympathy Store.
Published by Arizona Daily Star from Apr. 25 to Apr. 26, 2015.
MEMORIAL EVENTS
No memorial events are currently scheduled.
To offer your sympathy during this difficult time, you can now have memorial trees planted in a National Forest in memory of your loved one.
Funeral services provided by:
Desert Rose Cremation & Burial
MAKE A DONATION
Please consider a donation as requested by the family.
GUEST BOOK
Sponsored by Anand Mehendale MD.
9 Entries
When I wanted a residency spot, right after serving in the Navy, Dr. Sibley called me the November prior and gave me the spot, so long as I committed to it. He was fair to me then and during my residency. No doctor wants to admit to being sued, but I was. When the plaintiff's attorney quoted an Australian neurologist's article as evidence against my testimony, Dr. Sibley just said, as calm as he always was, "I know that man personally, and he wouldn't say anything of the sort." It was devastating. I still saw him years later at Epilepsy Out Reach meetings, and he was the same kind, fair man. He was brilliant.
Mike Smith
August 5, 2015
Dr.Sibley,
I was your resident at U of A.I am indebted to you.You taught me so much in neurology and about life.You were an incredible human being,kind ,fair,and smart as a whip.
It is ironic that I told my daughter your stories of H.Houston Merritt and Columbia Neurological Institute.She is starting her neurology residency in July at Columbia.Reminds me of "The Fiddler on the Roof" song.

Sunrise, sunset
Swiftly fly the years,
One season following another,
Laiden with happiness,
And tears
Anand Mehendale
June 20, 2015
Dr. Sibley played a key role in saving my mother's life when she had a massive stroke in 1976.
Joseph F Gross
May 6, 2015
Dr William Sibley was an inspiration to me as a neurologist. Careful, thorough, considerate and conscientious at all times. He started me on my career as a neurologist, a career that I never regretted for even a moment. He started so many others as well leading to so many successful careers. A great man, a great teacher and a great neurologist.
Colin Bamford, MD
April 29, 2015
Peter,
I'm sure you are remembering the good times you spent with your dad and family at the cabin and on the golf course. What a wonderful life to have shared with a such a bright family.
David Skog
April 27, 2015
Dr. Sibley was a kind gentleman! He was one of my clinical trial doctors. Always so professional and knowledgable when it came to my MS. It sounds like he had a wonderful long life!
Ann A
April 27, 2015
He was a unique gentleman and scholar. A treasure for Tucson and the University of Arizona. We miss him, but his students and works live on.
Jack Dunn
April 27, 2015
Dr.Sibley was my favorite professor at the U of A! My two sons both have now graduated from the U of A as well! Thank you sir for all your years dedication to your profession and your unending kindness!
Heidi Tarbet
April 27, 2015
A great teacher and a gentleman. Always fair, always witty. May God bless his family.
Horace Noland
April 26, 2015