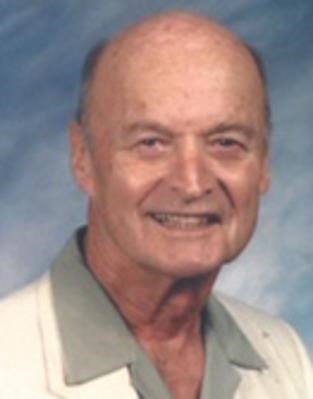 94, passed away peacefully, with his daughter at his side. Born in Chicago, he grew up in a loving family where he assisted in his father's business making winter coats. He attended Lane Technical High School. Following graduation, he enlisted in the Army Air Corps. After serving his country, he married his sweetheart, Ruth, in 1947. Their daughter, Laura, was born in 1949.

Preferring the outdoors, he took a job as a milkman for several years. He aspired to become a teacher and used the GI Bill to earn his teaching certification. He taught for two years in Illinois.

During summers of the 1960s, the family enjoyed tent camping, visiting many great national parks. The family enjoyed hiking, ranger campfire talks, viewing wildlife with some unexpected encounters and scenery that extended for miles.

In 1968 when Laura was away at college, Bill and Ruth decided to move to Tucson. Bill attended the U of A, where he received his Master of Education degree. He was immediately offered a position to teach fourth grade at Lulu Walker School in the Amphitheater District. He taught fifth and sixth grade science for the rest of his career.

Still focused on his love of the outdoors, Bill began an environmental outdoor education program for the sixth graders. The students stayed at camp for an entire week enjoying many activities learning a new perspective and appreciation of the desert environment. Many thanks to all the participants and volunteers who helped with the success of this program, including his wife Ruth, who was his right arm.

After retiring, Bill received recognition from the district for his work on the outdoor education program. Bill and Ruth continued camping and upgraded to a small Airstream trailer. Sadly, Ruth passed away in 1993.

In 1999, Bill married Jean. Together they shared many adventures, traveling worldwide, enjoying laughter, family and memories of old friends.

Living a long full life, Bill will always be remembered for his corny jokes, humor and all the smiles. Predeceased by his wife, Ruth; parents, George Sr. and Mary; brother, George Jr.; sister, Mary and his second wife, Jean. Survived by his daughter, Laura; Jean's children, Richard (Luiza), Mary Ann (Ed) and many nieces and nephews.

Thanks to Casa de la Luz Hospice and Pura Vida Assisted Living for all the love and excellent care Bill received.

Bill supported Unbound, a nonprofit that sponsors children who are challenged by poverty worldwide. In lieu of flowers, donations or sponsorship to Unbound would be appreciated: 1-800-875-6564 or www.Unbound.org. Due to the Covid Pandemic, a memorial service will be held at a later date when it is safe to do so.


To plant trees in memory, please visit our Sympathy Store.
Published by Arizona Daily Star on Nov. 22, 2020.
MEMORIAL EVENTS
No memorial events are currently scheduled.
To offer your sympathy during this difficult time, you can now have memorial trees planted in a National Forest in memory of your loved one.
GUEST BOOK
2 Entries
Uncle Bill was one-of-a-kindl He will be missed.
Niece, Barbara Pinter
November 22, 2020
Mr. Uhrik taught all three of our children at Walker School. They all learned a lot and had fun in his classes. I used to sit in our yard and listen to his Halloween nonsense. He had a great sense of humor the students all oved that. He was a good man and a good friend. Bridget and I were talking about him just a week or so ago when we went by the school and did not see his desert garden there anymore. We both remember when he started it. It was a very special project. Our family sympathy to his family. We have many good memories.
Cathy McCall
November 22, 2020