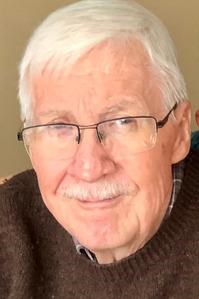 Longtime Tulsa resident, Bertram Sterling Shelby passed away on January 16, 2021 with his children at his bedside. "Bert" was born on March 5, 1932 in Oklahoma City to DeWitt Shelby and Addie Mae Evans Shelby. He graduated from Capitol Hill High School where he was active in choral music among many other activities. Bert graduated from the University of Oklahoma with a BS in Geology. He married high school sweetheart, Marilyn Sue Hammet, on December 27, 1954. While at OU Bert served in ROTC and was then commissioned as a 2nd Lt. in the U.S. Army Artillery, and afterwards served in the Army National Guard. His career spanned many years in the oil and gas industry. Starting at Arkansas Fuel & Oil, he stayed after the merger with CITGO, and the merger with Occidental Petroleum, and retired from Oxy. He worked on drilling projects off and onshore from the swamps of Louisiana to oil fields in the Rockies, Texas and the Java Sea. He started as a well logger and through years was a petroleum geologist, becoming a nationally known expert in areas such as enhanced recovery and the early development of seismic imaging for oil and gas exploration. He trained reservoir engineers from around the world. He was a founder of the Tulsa Well Logging Society. Bert gave a lifetime of community service as a volunteer to the American Lung Assoc., Red Cross Disaster Team, as a hospital volunteer, and was elected 1967 president of the Oklahoma Jaycees. Bert was an adult leader of Boy Scout Troop 26 for many years, mentoring hundreds scouts and adult leaders. For his service he was awarded the Silver Beaver. Bert was predeceased by his parents; his sisters; and his beloved wife of 57 years, Marilyn Shelby. Bert loved to sing, share tall tales and corny jokes. He is survived by four children, 10 grandchildren and 6 great-grandchildren to whom he was a loving, gentle involved father, grandfather and great-grandfather. Memorial services will be held at the Floral Haven Family Center on August 7, 2021, at 2:00 p.m. In lieu of flowers please donate to the American Heart Assoc. Please send cards to 15868 County Rd. 1580, Ada, OK 74820.
Published by Tulsa World on Jul. 28, 2021.
To plant trees in memory, please visit our Sympathy Store.
MEMORIAL EVENTS
Aug
7
Memorial service
2:00p.m.
Floral Haven Family Center
OK
Funeral services provided by:
Floral Haven Funeral Home & Crematory
MAKE A DONATION
Please consider a donation as requested by the family.
MEMORIES & CONDOLENCES
Sponsored by Floral Haven Funeral Home & Crematory.
0 Entries
Be the first to post a memory or condolences.