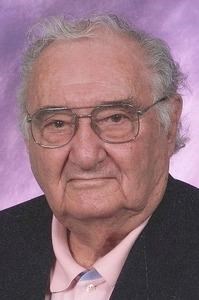 Charles was born on September 11, 1924 in Midwest, WY, to Monetta (Huckabee) and Charles Ward, Sr. Charles Sr. was an oil wildcatter who took his family on adventures throughout the United States and into Canada and Colombia.

After completing his early education during his travels, Charles Jr. matriculated at Castle Heights Military Academy in Lebanon, TN. While at Castle Heights, Charles played football for the Tigers, boxed, and worked on CHMA's student newspaper "The Cavalier." During his youth, he was also an active DeMolay.

Charles graduated CHMA in 1941 and with his father's encouragement enrolled at the University of Oklahoma intending to study engineering. He pledged Phi Delta Theta, but the fun of college life was quickly put on hold, however, as Charles enlisted in the U.S. Army in 1942, shortly after turning 18 years old.

Following basic training, the Army selected Charles for Officer Candidate School. He became one of OCS' youngest "90-day wonders", earning his commission as a second lieutenant when he was just 18. The Army assigned him command of a platoon in its famed Fifth Infantry Division and eventually dispatched him, his platoon and the "Red Diamonds" to the British Isles to prepare for the invasion of Normandy. Charles would see action at among other engagements, Utah Beach, Operation Cobra – the Allied breakout from Normandy – Metz, and the Battle of the Bulge. He earned numerous decorations including the Silver Star, Bronze Star with 'V' device, the Purple Heart with clusters, the French Croix de Guerre avec palme and the Combat Infantryman's Badge. Gen. George S. Patton personally presented Charles with the Silver Star. Charles also received a field promotion to captain and following V-E Day, briefly served as the occupational mayor of Simbach, a small town in Bavaria.

Charles came home on leave, expecting to be called up in short order for the looming invasion of Japan – an invasion which never came. While on leave, he took Shirley Ann Hawthorn on a date. Four days later, on July 30, 1945 he married Shirley, starting a 57-year union which lasted until her death in 2002.

With World War II behind him, Charles returned to OU to complete his degree. While in the European Theater, he became fascinated with the cathedrals that dotted the landscape – particularly the one in Reims, France. With that impression on his mind, he focused his studies in architecture, studying under the legendary Bruce Goff and graduating with his degree in that field in 1950. He apprenticed at the Leo A. Daly firm in Omaha, NE, before returning to Oklahoma and setting up his own practice in Tulsa. While in private practice, he lent his design skills to several of Tulsa's most well-known structures, including the Central Library, Southminster Presbyterian Church, the Thornton Family YMCA, the Charles C. Mason Education Service Center, the Parkland Plaza Office Building, LaFortune Stadium, and his family's residence, known as the "Comma House". He never forgot those legendary European cathedrals though. His pencil-and-ink drawings of some of the world's most famous houses of worship graced the cover of the yearly Ward family Christmas card for decades with a different structure each time.

It was in the "Comma House" that Shirley and he raised their two sons, Charles III and Leslie. In later life, they would also raise two of their grandchildren – Charles IV and Elizabeth – there.

He also returned his time and talents to several organizations he cared deeply about. Running a close third behind Charles' love for his family and friends was his passion for his alma mater, the University of Oklahoma. He drew several of the campus' most notable buildings and donated those drawings to OU, which in turn used them on calendars, notecards and apparel. And, finding one of his "Fearless Football Forecasts" – complete with hand-colored depth charts, a campus drawing and his irreverent commentary on OU's coming schedule – in the mailbox served as the unofficial kickoff of football season for 200 Sooners (and the occasional Longhorn or Cowboy) fortunate enough to receive them. He also served OU as a President's Associate and as a member of the College of Architecture's Board of Visitors.

Additionally, he belonged to the Will Rogers Rotary Club for more than 50 years and was its president in 1982. In 1961, he was instrumental in founding the Eastern Oklahoma Chapter of the American Institute of Architects, and served as its president in 1962. Further, he was a 66-year member of Southminster Presbyterian Church, which he helped guide as an elder, deacon and member of its 40th anniversary celebration committee.

While he never dwelled on the numerous awards and citations he received, Charles was always grateful and appreciative of the recognition of his efforts, wherever directed. An entire list of honors would far exceed the space allotted for this obituary, but three deserve special mention: the University of Oklahoma Regent's Alumni Award (2007), the Governor's Arts Award (2012), and his induction into the Oklahoma Military Hall of Fame (2018).

Charles' family wishes to thank the staff at Inverness Village and Hospice of Green Country for the care and devotion they gave him during his final days.

A private memorial service will be held in the memorial garden of Southminster Presbyterian Church. A public memorial service is tentatively scheduled for the summer or fall of 2021. In lieu of flowers, the family asks for donations to be made in Charles' memory to the University of Oklahoma Foundation at PO Box 258856, Oklahoma City, OK 73125-8856; Up With Trees at 1102 South Boston Avenue, Tulsa, OK 74119; or a charity of your choice. Fitzgerald Ivy Chapel, 918-585-1151 www.fitzgeraldfuneralservice.com
Published by Tulsa World on Nov. 29, 2020.
To plant trees in memory, please visit the Sympathy Store.
MEMORIAL EVENTS
To offer your sympathy during this difficult time, you can now have memorial trees planted in a National Forest in memory of your loved one.
Funeral services provided by:
Fitzgerald Funeral Service Ivy Chapel - Tulsa
MAKE A DONATION
Please consider a donation as requested by the family.
MEMORIES & CONDOLENCES
Sponsored by Fitzgerald Funeral Service Ivy Chapel - Tulsa.
1 Entry
We laughed together and sang the Michigan fight song, The Victors!
Dorothy Davis
November 25, 2020
Showing 1 - 1 of 1 results