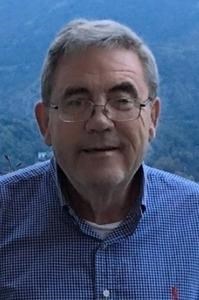 David Bryce Petterson passed from this life on Friday, July 9, 2021, at the age of 69 surrounded by his family. He was born July 6, 1952 in Mankato, Minnesota, to Donald Oscar Petterson and Bonnie Mae Petterson and moved to Tulsa at the age of two. He was preceded in death by his parents and his wife, Deborah Kaye (Heslep) Petterson.

David is survived by his children, Rachel Petterson Lively (and husband, Michael) of Hilton Head Island, South Carolina and Brian Scott Petterson (and wife, Ashley) of Houston, Texas. He had three grandchildren: Jack, Kate, and Chloe. He is also survived by his sister, Debbi Petterson Guilfoyle.

David graduated from Nathan Hale High School in 1970, where he met the love of his life, Debbie Heslep. He and Debbie were married in 1971 and were blessed with 37 years of marriage until her death in 2007. David received a Bachelor's Degree in Communications from the University of Tulsa in 1975. Following his graduation, he quickly decided journalism was not his destiny and he entered into the tradition of his family business in the oil and gas industry and enjoyed a long-standing and fulfilling career until his retirement.

David was a member of St. Stephen's United Methodist Church in Broken Arrow, Oklahoma, for nearly 40 years. He was a spiritual man with a servant's heart. Some of his passions included fishing, traveling, and sports. Most of all David enjoyed spending time with his family. He was known for his gentle soul, his kind and generous spirit, and his quick wit and humor. He was loved dearly and will be missed deeply until we are reunited in our forever home.

At David's request, there will be a small, private service for family in northern Minnesota on the lake he vacationed at his entire life…the place he described as his "heaven". In lieu of flowers, the family requests donations to The American Heart Association.
Published by Tulsa World on Jul. 18, 2021.
To plant trees in memory, please visit the Sympathy Store.
MEMORIAL EVENTS
To offer your sympathy during this difficult time, you can now have memorial trees planted in a National Forest in memory of your loved one.
MAKE A DONATION
Please consider a donation as requested by the family.
MEMORIES & CONDOLENCES
1 Entry
May your memories of the wonderful times you shared with your loved one comfort you and your family, today and always.
American Heart Association
July 19, 2021
Showing 1 - 1 of 1 results