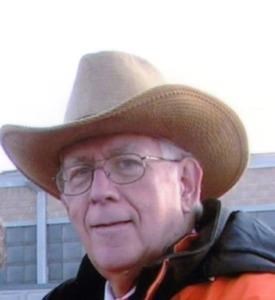 A Celebration of Life Service honoring the life of Donald Lee Sandkuhl will be held at 2:00pm, Saturday, August 7, 2021, at South Tulsa Baptist Church, 10310 S. Sheridan Road, Tulsa, Oklahoma. Don went to see his Lord and Savior, Jesus Christ on Saturday, July 10, 2021, in Broken Arrow, Oklahoma, at the age of 87. Donald (Don) was born on April 22, 1934 in Kosseth, Ohio, to Herman G. and Bernice (Shobe) Sandkuhl. Always a loyal and true OSU Alumni, Don graduated from Oklahoma State University in 1956 with a degree in electrical engineering. His early career following his graduation centered around his involvement in various space programs. Don served as the lead engineer on the Atlas Missile at Vandenberg Air Force Base in Santa Maria, California. Additionally, he was lead engineer testing rocket engines in Neosho, Missouri. Don created the voice recognition system for Amoco. He was a Tulsa home builder and established Kaydon Electronics which provided contract programming. Don enjoyed playing his guitar and singing gospel and country music. He enjoyed sports, mainly football and basketball, especially when the Cowboys were playing. During his younger years he enjoyed taking his boys water skiing at the local lakes, snow skiing, hiking on mountain trails and fishing.

Don was preceded in death by his parents, Herman G. and Bernice (Shobe) Sandkuhl and his baby daughter, Karen Janette Sandkuhl.

Hayhurstfuneralhome.com
Published by Tulsa World on Aug. 1, 2021.
To plant trees in memory, please visit our Sympathy Store.
MEMORIAL EVENTS
Aug
7
Celebration of Life
2:00p.m.
South Tulsa Baptist Church
10310 S. Sheridan Road, Tulsa, OK
Funeral services provided by:
Hayhurst Funeral Home
MAKE A DONATION
MEMORIES & CONDOLENCES
Sponsored by Hayhurst Funeral Home.
1 Entry
Safe in the arms of Jesus, my brother left this life on the morning of July 10th, to join our parents, Herman and Bernice, in heaven with our baby brother, George, who passed away in 1943 with a a ruptured appendix and peritonitis. At last, Don is with his precious baby girl, Karen, who died a week after her birth in Santa Maria, the victim of spinal meningitis. Don was an Electrical Engineer in the Aerospace Industry in California with teams of engineers, working to develop unmanned ballistic missiles at Lockheed and at Vandenberg Aircraft. After returning to Tulsa, Don worked many years at Exxon, drilling off-shore oil wells with high-tech computers. More than any other activity in this life, Don loved his music. First learning to play a Tonette and a Horn in grade school, he and his sister later took steel guitar lessons together, in California. As a teenager, Don taught himself how to play the Spanish Guitar and purchased an electric Gibson Guitar that he played for the rest of his life. With old friends, Don played Gospel Songs and Country Music for years. Don loved the Lord and earnestly prayed for his two sons, Donnie and David, only days before he left us. Moving often around the Country with our parents, our Sandkuhl family of four were always Looking for a City, where we will never have to say goodbye. Looking for a City up there, where we will never die. again, some day, with the Lord. together, with the Lord, some day.
Dona LaRene Sandkuhl Klinger
Family
August 4, 2021
Showing 1 - 1 of 1 results