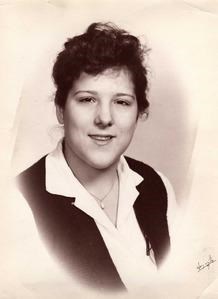 Doris was born on Halloween in 1943 on Camp Mackall Army Base in North Carolina. The oldest of four children, she spent most of her childhood in Sapulpa, Oklahoma with her beloved cousin, Carolyn. She eventually moved out West to California where she met her honey, Lloyd Jesse James. They married in 1972, moved to Sacramento, and had two children, David and Stephanie. In order to stay home with her kids, Doris started her own daycare business. She ran her business for over 25 years and helped raise countless kids: several kids went home with an "Okie" accent after being around her all day. Her favorite hobbies were genealogy or as she liked to say "looking up dead people" and baking (and eating) anything chocolate including her famous chocolate cream pie. She survived three different cancers and in her words was one "tough old broad". After a prolonged struggle, she died on July 24, 2021 from kidney failure and was preceded in death by her parents, Kenneth and Isla Porter; and her two younger sisters, Shirley and Roberta. She is survived by her husband and children; her younger brother, Kenneth; numerous extended family members; multitudes of former daycare kids; and her beloved cat, Velcro. We will all miss her laughter and love. She will be laid to rest in a private ceremony on Friday the 13th of August, 2021 at Camelia Memorial Lawn Cemetery.

https://www.northsacfuneral.com/
Published by Tulsa World on Aug. 1, 2021.
To plant trees in memory, please visit the Sympathy Store.
MEMORIAL EVENTS
Aug
13
Service
Camelia Memorial Lawn Cemetery
CA
Funeral services provided by:
North Sacramento Funeral Home
MAKE A DONATION
MEMORIES & CONDOLENCES
Sponsored by North Sacramento Funeral Home.
2 Entries
doris will be missed by so many. I miss her smile and her cute laugh that she has. Rest in Peace my friend.
julie honeycutt
August 21, 2021
Love and prayers to Lloyd (her Honey ), David and Stephanie!
Carolyn Smith
Family
August 1, 2021
Showing 1 - 2 of 2 results