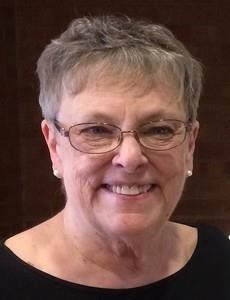 A passion for education. A commitment to her family, her faith, and her students. A legacy of love and strength. Elizabeth Ann (Hoyer) Beeman was born on June 7, 1947, in Beaver Dam, Wisconsin, and passed away in Tulsa on July 7, 2021. Liz grew up in La Crosse, Wisconsin, where she graduated from Central High School, the same school where her mother was a 30+ year English teacher. She earned a Bachelor's degree in English and Speech Education at Cornell College in Mt. Vernon, Iowa. There she was involved in dramatic productions and speech competitions and met her husband of 49 years, James Beeman. She went on to earn a Master's degree in Rhetoric and Public Address from the University of Iowa. She and husband, Jim relocated several times in the upper Midwest, during which time Liz gave birth to three sons before eventually settling in Broken Arrow, Oklahoma. During these early family years, Liz stayed busy on local school committees and boards, including serving as the President of the PTA. When her sons reached junior high, she began her "formal" teaching career at Tulsa Junior College where she was an adjunct speech instructor. But she truly found her teaching home at Union High School where she served as a speech and English teacher and eventually department chair. She was known for her flair for student-centered teaching, orchestrating college panels, pioneering the use of video and graphic arts in speech presentations, and her passion for the written word. "Mrs. B" was an omnipresent force in kids' lives for more than thirty years both in the classroom and beyond. She was an unfailing attendee at student sporting events, musical shows, and academic competitions. There was little she wouldn't do for "her kids". On every student's 18th birthday, her gift was a voter registration card, which she dutifully stamped and mailed.

Liz was named Teacher of the Year multiple times, was involved in local and national student council conventions, and was a facilitator at Union's annual leadership retreat. She and her husband were inducted into the Union Athletics Hall of Fame in 2016 for meritorious service to student athletes. Liz was exceptionally proud of her three sons and their chosen paths, and treasured hosting family gatherings and holidays. "Nana" was a supporting and loving grandmother to Kathryn, Holly, Cooper, Alex and Annabel, often sending them care packages stuffed with homemade treats, notes and little surprises. A devoted wife and woman of strong faith, she and James were members of the First United Methodist Church in Broken Arrow for more than 40 years. She was preceded in death by husband, James Beeman; mother, Marcell "Pete" Hoyer; and father, William Hoyer. Survived by sons, Jim Beeman (Carrie) of Lake Oswego, OR, Michael "Doc" Beeman (Jennifer) of Platte City, MO, Father Daniel Beeman, a Catholic Priest, of Newport News, VA; mother-in-law, Florence Beeman of Tulsa; brother-in-law, William Beeman (Frank Farris) of Santa Clara, CA; and sister-in-law, Adele Beeman (Steve Freedman) of Culver City, CA. Her funeral will be held on July 21 at 11:00 a.m. at Saint Benedict Catholic Church in Broken Arrow with her son, Father Daniel Beeman presiding. In lieu of flowers, the family asks that donations be made to the Beeman Education Scholarship Fund, benefitting future teachers. Donations can be directly made utilizing the drop down menu here: https://www.unionfoundation.org/give Floral Haven Funeral Home
To plant trees in memory, please visit our Sympathy Store.
Published by Tulsa World on Jul. 14, 2021.
MEMORIAL EVENTS
Jul
21
Memorial service
11:00a.m.
St Benedict Catholic Church
2200 W Ithica St, Broken, OK
Funeral services provided by:
Floral Haven
MAKE A DONATION
MEMORIES & CONDOLENCES
Sponsored by Floral Haven.
2 Entries
Liz and I were high school classmates. In the fall of 1967 I was passing through London on my way to Turkey while in the Air Force and Liz was studying in London and we got to do some sightseeing together. She was wonderful and I am much saddened to learn of her passing.
Terry Collins
School
July 24, 2021
I'm sorry for your loss Jim.
Arlie
July 16, 2021
Showing 1 - 2 of 2 results