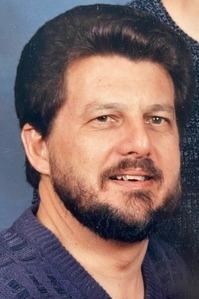 Francis James "Frank" Campbell passed away Tuesday, June 1, 2021, at his new home in Sand Springs, Oklahoma. He was holding the hand of his loving wife, Bunny. Frank was born March 4, 1943 in New Castle, Pennsylvania, to Norman and Irene Campbell. When he was nine years old, his family moved to southern California. He graduated from San Fernando High School in 1961 and he married Annette Parker in 1962. They had two daughters, Kimberli Ann and Deanna Louise. They were married for 5 years. Work brought Frank to Tulsa In 1967, where he met the love of his life and wife of 54 years, Onita "Bunny" Campbell. Together they raised Kimberli and Dede and added two more children to their family, Tiffani Dawn and Christopher Sean. Frank had a reputation as a hands-on manager who always got the job done. He didn't believe this could be achieved by sitting behind a desk, so you could always find him out on the shop floor. He started his career immediately after high school with Rocketdyne, a division of North American Rockwell, as a tool designer. At night he began attending college. He moved his family to Tempe, Arizona, in 1974 where he worked for Motorola as the manager of facilities operations and controls and attended Arizona State University. He graduated in December of 1977 with a Bachelor of Science degree in Business Management. That same year he accepted an offer to return to Rockwell International as Supervisor of Industrial Engineering at the Hanford Nuclear site in the state of Washington. Their dedication and loyalty to their Oklahoma family brought Frank and Bunny home to Tulsa in 1981. They purchased a home in the lakeside community of Westport and he continued working for Rockwell at their Tulsa Division where he held various leadership positions in the facilities engineering department. He retired in 2012. Frank is survived by his adoring wife,Bunny; his sister, Karen Plummer; his daughter, Kimberli Phillips and her husband, Bryn; his daughter, Deanna Campbell; and his son, Sean Campbell and Sean's girlfriend, Amanda. He was very proud of his six grandchildren and three great-grandchildren. He was preceded in death by his daughter, Tiffani Cox; his brother, Gary Campbell; and his sister, Sherri Hills. Frank was an avid fisherman and especially enjoyed tournament fishing with his favorite partners, his grandchildren. Frank was proud that he had never taken a sick day from work. While his true passion was always his family, he certainly wasn't opposed to drinking a glass of cheap scotch and enjoying an expensive cigar. In his later years his greatest joy was spending time with his great grandchildren. Funeral service will be held at Stanleys Grand Chapel Saturday, June 12, 2021, at 1:00 P.M. (3959 E. 31st St., Tulsa, OK. 74135)

stanleysfuneralhome.com
To plant trees in memory, please visit our Sympathy Store.
Published by Tulsa World on Jun. 6, 2021.
MEMORIAL EVENTS
Jun
12
Funeral service
1:00p.m.
Stanleys Funeral & Cremation Service
3959 East 31st Street, Tulsa, OK
Funeral services provided by:
Stanleys Funeral & Cremation Service
MAKE A DONATION
MEMORIES & CONDOLENCES
Sponsored by Stanleys Funeral & Cremation Service.
3 Entries
So happy we got to have a great visit with Frank and Bunny. Love you Bunny
Beulah Bond
Family
June 12, 2021
Frank was such a joy to work with on proposals. He always got the job done. Rest in peace - prayers for family.
J Dean
Work
June 8, 2021
my prayers and love are sent to Frank's family and to Bunny my friend your loss is so painful. I can't give you any words that will comfort you time heals love.you
Beverly Cavanagh
Friend
June 6, 2021
Showing 1 - 3 of 3 results