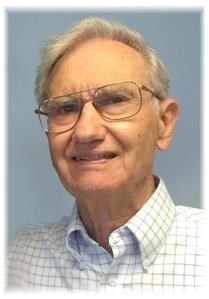 Herman Leon Lancaster – a bright light to many, and friend to all - passed away leaving us with many memories of kindness, compassion, and love. Born January 22, 1933 in Wellston, Oklahoma, to Oscar and Mary (Lowrence) Lancaster. Herman grew up on a farm near Meeker, Oklahoma and graduated from Meeker High School. After graduation, Herman entered into service with the U.S. Army and served time in the Korean War completing his active-duty commitment in 1955. Upon his return to civilian life, he entered the University of Oklahoma on the G.I. Bill and earned his Bachelor's of Business Administration in 1959. During this time, he met Christine Estrada who he would marry in 1958 and would be blessed with two children, Rene' and Craig. Herman and Christine raised their family in Tulsa and shared 52 years of marriage together. The two were faithful, longtime members at Crosstown Church of Christ and they loved serving the Lord. Herman was a great husband, father and provider as his family was well taken care of. He worked as an accountant for Amoco Corporation for 30 years retiring in 1990 after making many friends and great memories. In 2009, Christine passed away leaving Herman and his children in unknown territory. This new chapter in their lives brought along some changes that made us realize how strong he was and how strong he had made his children. Herman was blessed to cross paths with a former high school classmate where they developed a special relationship. In 2011, Herman married DeLois Sackett and spent 9 years together sharing many wonderful experiences. She brought light back to his life as he did for her. Herman joined the Oakcrest Church of Christ continuing his commitment to the Lord and enjoying the fellowship through the church. Throughout Herman's active and fulfilling life, he continued his commitment and service to our country by serving 9 years in the U.S. Army Reserves and nearly reaching 20 years serving in the U.S. Naval Reserve retiring in 1983 with the rank of Commander. Herman will be remembered for his big heart, unfailing work ethic, willingness to help anyone at any given time, and sense of humor. He will be deeply missed by his family, church family, and friends, but his joyful spirit will always be remembered. Herman was preceded in death by his parents, Oscar and Mary Lancaster; first wife, Christine (Estrada) Lancaster; sisters, Ruth Tharp and Margaret Maier; and brother, Ray Lancaster. He is survived by his wife, DeLois Lancaster; son, Craig Lancaster; daughter, Rene' Lancaster; brother, Norvell Lancaster; step-daughters, Rhonda and Debbie; grandchildren, Sarah, Stephanie, Alyssa and Calen; and great-grandchildren, Sutton and Abram. In lieu of flowers, the family request memorials be made to: Veterans of Foreign Wars, 1103 N. Blackwelder Ave, Oklahoma City, OK 73106. Viewing will be 4-8 PM, Wednesday and Thursday at the funeral home. Graveside services will be held 2:30 PM, Friday, January 15, 2021, at Rose Hill Memorial Park in Tulsa, OK. Friends may leave condolences for the family by visiting vondelsmithmortuary.com
To plant trees in memory, please visit our Sympathy Store.
Published by Tulsa World on Jan. 13, 2021.
MEMORIAL EVENTS
Jan
13
Viewing
4:00p.m. - 8:00p.m.
Vondel Smith South Lakes
4000 S.W. 119th Street, Oklahoma City, OK 73173
Jan
14
Viewing
4:00p.m. - 8:00p.m.
Vondel Smith South Lakes
4000 S.W. 119th Street, Oklahoma City, OK 73173
Jan
15
Graveside service
2:30p.m.
Rose Hill Memorial Park
, Tulsa, Oklahoma
Funeral services provided by:
Vondel Smith South Lakes
GUEST BOOK
1 Entry
Prayers for all family members and friends of Herman. He was for me a great example and mentor. Thank God for the privilege to be a part of his life.
Tony Tharp
January 14, 2021