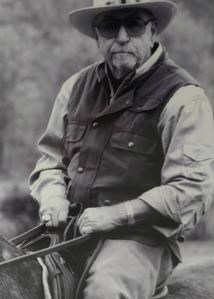 James Michael Kennedy, 87, of Granville, passed away Tuesday, January 11, 2022 at Licking Memorial Hospital in Newark. He was born in Granville to the late Francis P. and Phyllis Kennedy.

Mr. Kennedy was a graduate of Deerfield Academy, Denison University, and the American Institute of Banking.

Professionally, Mr. Kennedy was President of Englefield Oil Company for many years, when Mr. Englefield was Chairman of the Englefield Oil Board. There he served as one of the original board members and treasured his strong friendships, as well as friendships from his Denison University fraternity Phi Gamma Delta. Mr. Kennedy served on the boards of County Savings Bank and the Newark Trust Company.

Jim enjoyed attending St. Edward the Confessor Catholic Church beside his childhood home in Granville, Ohio and loved his grandchildren's Masses at St Francis de Sales. When the Kennedy's were in Naples, Florida he especially cherished St. Agnes Catholic Church with Paul Todd's choir. He valued the wisdom and scholarship of the Reverend Kitty Clausen when she preached at Trinity Episcopal in Newark.

A vigorous outdoorsman from his youth and horseback rider, Mr. Kennedy was content with the quietness of animals and birds in later years. He felt his life was a blessing. He believed in hard work and will be remembered for his sense of humor, kindness, enthusiasm, and love for family and friends.

A private graveside service will be held at Welsh Hills Cemetery in Granville. A memorial Mass will be held in late spring at 10:00 A.M. on May 14, 2022 St. Edwards Church, Granville followed by a get together at THE CABIN for friends and family.