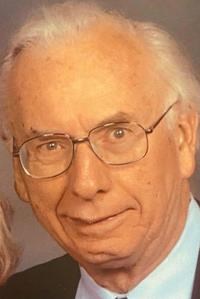 James Lloyd Vaughn passed away on March 3, 2021, at Saint Francis Hospital at the age of 87. He grew up on a dairy farm in Marshfield, Wisconsin, with his mother and father and one sibling. After completing his BA and MA, he received his PHD at the University of Wisconsin in Microbiology. He worked with the Canadian Department of Forestry from 1961-1965 and 34 years with the U.S. Department of Agriculture in Beltsville, Maryland. During his time with the USDA, he helped develop a cell culture line that is being used today in medical research and in insect cell research. He received the distinguished lifetime achievement award from the Society for In Vitro Biology at the 2000 World Congress in San Diego, California, in recognition of his exemplary research, achievements, and pioneering contributions to the field of cell culture After his retirement from the USDA, Jim and his wife moved to Tulsa where he served as a docent at the Tulsa Aquarium, attended the University of Tulsa football and basketball games, local theater events, and enjoyed the Tall Grass Prairie. Jim was a wise, gracious, steadfast man who loved his family and friends, loved traveling, camping, fishing, history, science, nature and jazz music. He is survived by his wife, Carol; four children - daughters, Susan Conety and husband, James, Katherine Frasier and husband, David; sons, Mike Vaughn and wife, Pam, David Vaughn and wife, Cindy; two stepsons, Jeff Tillman and wife, Jill, Fred Tillman and wife, Jo; one sister, Judith; thirteen grandchildren and five great-grandchildren. In lieu of flowers, memorials may be made to the American Parkinson Disease Association for a cure for Parkinson's.
To plant trees in memory, please visit our Sympathy Store.
Published by Tulsa World on Jun. 6, 2021.
MEMORIAL EVENTS
No memorial events are currently scheduled.
To offer your sympathy during this difficult time, you can now have memorial trees planted in a National Forest in memory of your loved one.
Funeral services provided by:
Moore Funeral Home - Rosewood Chapel
MAKE A DONATION
MEMORIES & CONDOLENCES
Sponsored by Moore Funeral Home - Rosewood Chapel.
0 Entries
Be the first to post a memory or condolences.