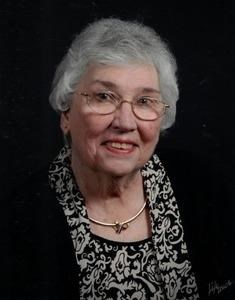 Jean Becker Saylor was born in Lawton, Oklahoma, February 4, 1933, to Daniel and Sarah (Sally) Becker. She graduated from Lawton High School in 1951. Jean met her future husband Weldon at the University of Oklahoma. As a student she was President of her sorority, Gamma Phi Beta, and was named Big Woman on Campus. Jean and Weldon wed April 3, 1955, and she graduated with a B.S. in Education shortly thereafter. They lived in various cities in Texas, Arizona, and Mississippi in their early married years. During this time, they welcomed son, Mark, in 1958 and daughter, Sue, in 1959. The couple settled in Tulsa in 1961 and made it their lifelong home. Jean was a science teacher for Tulsa Public Schools and participated for several years in The Red Glove Review. She was instrumental in helping to establish the Kirk of the Hills Preschool where she would go on to teach for several years. She was devoted to her family and led many of her children's activities as they grew. Jean and Weldon enjoyed many pastimes in their lives, but one of the most valuable was their membership and the friendships they made in the Windycrest Sailing Club. Jean had a great faith in Jesus Christ and was an active member of Kirk of the Hills Church for over 50 years. She served in many capacities over the years, often quietly behind the scenes. She was an Elder, frequent volunteer with the Bereavement Committee and a member of the Sanctuary Guild. She and Weldon led many New Member classes, and Jean's ready smile and welcoming ways put the new members at ease and always made them feel comfortable. Jean also participated in service missions both domestically and overseas fulfilling the example set by her parents and grandparents. Jean and Weldon had five grandchildren and she was the consummate Mamaw, opening her home and showering her affection on each of them. Her unfailing, unconditional love fed each of them in ways that can never be measured. After Weldon's passing in 2002, Jean found joy and satisfaction in spending time and traveling with her family, oftentimes showing her quick wit and ornery sense of humor. She believed in taking advantage of the time she had with her family and created wonderful memories during those years. Jean was preceded in death by her husband of 47 years, Weldon Wayne Saylor; as well as her parents and her sister, Beth. She is survived by her son and daughter-in-law, Mark and Pam Saylor of Edmond, OK; her daughter and son-in-law, Sue and John Goff of Tulsa, OK; and her grandchildren and great-grandchildren: Kim Saylor and Doug Vrooman, and child, Caleb of Kenmore, WA; David and Eden Goff, and child, Matthias of Tulsa, OK; Adam and Katie Saylor, and children, Wilson and Piper of Edmond, OK; Kathryn Goff and fiancé, Craig Floyd of Bentonville, AR; and Blake Saylor of Denver, CO; as well as many nieces and nephews. During Jean's later years she was lovingly cared for by the staff at Saint Simeon's Memory Care Center for which her family is immensely grateful. She passed quietly on June 7, 2021, at the age of 88. A memorial service to celebrate her life and give thanks will be held at 2:00 p.m., Friday, June 18, 2021, at Kirk of the Hills Church in Tulsa. In lieu of flowers the family requests memorials be made to Kirk of the Hills or Saint Simeon's Foundation, both of Tulsa, OK, or Willow Springs Boys Ranch in Chandler, OK.