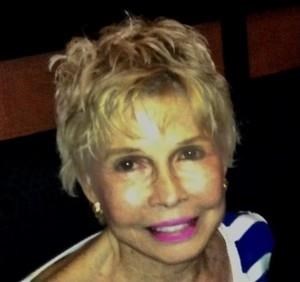 Our beloved mother, Jeanmarie Billington passed away peacefully on June 4, 2021, with family at her bedside. Jeanmarie Riley was born in Tulsa, OK, on June 3, 1933 to Clara (Schulte) and Edward James Riley. She attended Marquette Elementary School and graduated from Tulsa Central High School in 1951. Jeanmarie attended the University of Colorado from 1951-1954 before her mother's illness called her back to Tulsa where she earned her Bachelor's degree in Journalism from the University of Tulsa in 1955. While at the University of Colorado, she met James A. Billington. The couple wed at Christ the King Catholic Church in Tulsa on November 26, 1955. They were married for thirteen years and had four children. In 1967, Jeanmarie had an ingenious idea to make gift wrapping easier and changed the way the world wraps gifts. From her first product, "Slap Styx", her instant gift wrap evolved into the handle gift bags that we all use today. Her company, "Jeanmarie Creations, Inc." manufactured the products in Tulsa, and placed them in every major chain store in the U.S.A. In 1997, Jeanmarie Creations was awarded Walmart's "Vendor of the Year". After her retirement in 1998, Jeanmarie spent her summers in Aspen, CO, where she began her second career in screenwriting. In Aspen Jeanmarie made many friends, enjoyed walks through the North Star Preserve, and completed three romantic comedy screenplays. For her 80th birthday, Jeanmarie adopted a rescue dog, "Teddy". Teddy brought her great joy and was her constant and loyal companion. She is survived by her four children, Judith (Don) Diaz, Ojai, CA, Katherine (Erik) Steinberg, Steamboat Springs, CO, James Parker Billington, Vancouver, WA and Christina Billington, Oklahoma City; grandchildren, Rachel Reynolds, Andrew Reynolds, Sean Diaz, Brooke Reynolds and Kristina Steinberg; great-grandson, Waylon Theriot. In lieu of flowers, donations may be made in her name to the Humane Society of Tulsa. Visitation will be held at Stanley's Funeral Home on Thursday, June 10, 2021, 6-8 p.m. Services will be held at Memorial Park Chapel on Friday, June 11, 2021, at 10:00 a.m.

stanleysfuneralhome.com
To plant trees in memory, please visit our Sympathy Store.
Published by Tulsa World on Jun. 9, 2021.
MEMORIAL EVENTS
Jun
10
Visitation
6:00p.m. - 8:00p.m.
Stanleys Funeral & Cremation Service
3959 East 31st Street, Tulsa, OK
Jun
11
Service
10:00a.m.
Memorial Park Chapel
, OK
Funeral services provided by:
Stanleys Funeral & Cremation Service
MAKE A DONATION
MEMORIES & CONDOLENCES
Sponsored by Stanleys Funeral & Cremation Service.
6 Entries
I didn't know Jeanmarie personally but heard about her interesting and full life from her son, Jim Billington. I admired her creative and succesful venture with an original idea of gift wrapping that is now common worldwide. What an amazing woman I wish I could have met her. My prayers and condolences to her & her dear family. Jackie Milin Rick Port Ludlow, WA
Jacklyn M Rick
Other
July 14, 2021
My sympathy to the family of Jeanmarie. We grew up together although I was a grade ahead. She was always such an impressive person. Jim was my first husband´s boss at Merrill Lynch. Upon moving to Hawaii in 1971 I was amazed to find her gift bags at the drug store where I shop. A remarkable person. Sending my love and aloha to the family who had a remarkable person in your lives.
LaJuana Morton Barry Holden
Friend
June 9, 2021
Jeanmarie Was The Kindest Smartest & Most Beautiful Lady I Have Ever Known ~ Her Passing Is The Worlds Loss & Heaven's Gain ~ Bill Satterfield
Bill Satterfield
Friend
June 9, 2021
My condolences to your family. I have such fond memories of Jeanmarie and think of her often. Judy, I still have the beautiful earrings you sent me from Colorado after you moved there. Do you remember living with us in Tulsa? May Jeanmarie Rest In Peace and your memories bring you all comfort.
Diane Douthat Finch
Friend
June 9, 2021
I have great admiration for Jeanmarie. We had many pleasant times together, attending events during our TCF days.
Jere Miller Covington
Other
June 9, 2021
I feel blessed to have gotten to know Jeanmarie. She always had a smile and was inspirational and a role model for many! She left the world a better place.
Kathy Taylor
Friend
June 9, 2021
Showing 1 - 6 of 6 results