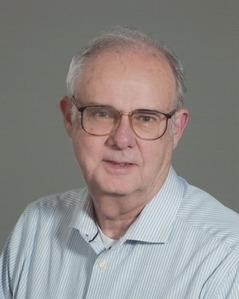 Jerry was born in Tulsa, OK, on November 2, 1944, and enjoyed many hobbies and activities such as building model RC boats and Boy Scouts as a youth and tinkering with his various American muscle cars as a teen/young adult. Jerry was a member of the 2nd graduating class from Bishop Kelley High School in 1962 and went on to graduate from the University of Tulsa with Bachelor's and Master's degrees in Mechanical-Aerospace Engineering in 1967 and 1972, respectively. For his Master's degree, his thesis focused on conductive and radiative heat transfer in absorbing, emitting, and scattering materials, work that was influential for a project funded by NASA for the space program. Additionally, Jerry's research and work on this project earned him a publication in the American Society of Mechanical Engineers' Journal of Heat Transfer. However, in the midst of graduate school, Jerry was drafted into service with the United States Army and served in the Vietnam War as a Specialist, primarily as a technician for various attack helicopters. While serving his country, Jerry was awarded four medals, including the Army Commendation Medal. Upon his honorable discharge from the military, he returned to TU to complete his graduate degree and met his wife who was an undergraduate student at the time. Jerry and Kathy were married on August 4, 1973, in Kathy's hometown of Beloit, KS, at St. John's Catholic Church.

In addition to his family, Jerry's engineering work was what he loved. He was employed at North American Rockwell, Clay Bernard Systems, Inc., SPS Technologies, Inc., NORDAM, Spirit AeroSystems, and The Triumph Group, as well as co-owning and co-operating two different businesses. The first was after graduate school with his brother-in-law, manufacturing fin tubes for heat exchangers and later in life, a second business with his oldest son, Greg, where they designed and fabricated custom carpentry and welded items such as fine furniture, metal/wood stair railings, and numerous other items. It was at CBSI/SPS where he and colleagues were successfully granted a U.S. Patent for an automated inventory retrieval mechanism. His real passion was in the aerospace field, where he spent the better part of his career before retiring in March 2020.

In his free time, Jerry greatly enjoyed reading science and engineering journals, puzzles, helping his children and grandson with math and science homework, watching history and geography programs, astronomy, and most recently, bird watching. His extra dry wit and humor kept his family on their toes, often with quips that left them puzzled for days as to their deeper meaning.

Visitation will be held at 5:00 PM, Monday, June 7, 2021, followed by a recitation of the Rosary at 7:00 PM at the Fitzgerald Southwood Colonial Chapel. A Mass of Christian Burial will be at 10:00 AM, Tuesday, June 8, 2021, at the Church of St. Mary in Tulsa, OK. In lieu of flowers, please consider making a contribution to The University of Tulsa's Mechanical Engineering Department, Bishop Kelley High School's Brother Bernadine Scholars Program, or St. Jude Children's Research Hospital.

www.fitzgeraldfuneralservice.com
To plant trees in memory, please visit our Sympathy Store.
Published by Tulsa World on Jun. 6, 2021.
MEMORIAL EVENTS
Jun
7
Visitation
5:00p.m. - 7:00p.m.
Fitzgerald Southwood Colonial Chapel
3612 East, Tulsa, OK
Jun
7
Rosary
7:00p.m. - 8:00p.m.
Fitzgerald Southwood Colonial Chapel
3612 East, Tulsa, OK
Jun
8
Funeral Mass
10:00a.m.
Church of St. Mary's - Catholic Church
1347 East, Tulsa, OK
Funeral services provided by:
Fitzgerald Southwood Colonial Chapel
MAKE A DONATION
MEMORIES & CONDOLENCES
Sponsored by Fitzgerald Southwood Colonial Chapel.
3 Entries
Kathy and family, very sorry to hear about Jerry's passing. I remember so many good times at NORDAM. Our prayers are with you. God Bless!!
Jim Sweedyk
Work
June 8, 2021
Final in Tulsa World.
Jeff
Friend
June 6, 2021
My condolences, Kathy. It was always a pleasure to see Jerry at reunions. But we also shared many a sack lunch in the TU cafeteria as undergrads. And, I was drafted a few weeks before Jerry and gave him comfort and advice down at Fort Polk when we ran into each other (a number times) in basic training. Soldiers always share the bond of mutual suffering. I can only imagine how difficult time it is for and you have my sympathy.
Joe Zizzi
Friend
June 6, 2021
Showing 1 - 3 of 3 results