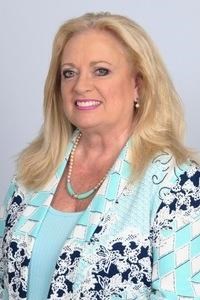 She was born on April 5, 1956, in Germany to Robert "Jim" and Paula Unruh. Jilda was raised in Tulsa, Oklahoma and graduated from Vanderbilt University. She began her career in Tulsa, Oklahoma, where she hosted "The Jilda Unruh Talk Show", and reported on the Tulsa Race Riots of 1921.

During her 35-year career she made a name for herself in Boston, Minneapolis and Miami. She uncovered corruption in the Public School System, won a National Gracie for Best Large Market Investigative Series and earned several Edward R. Murrow awards and four Emmys.

Jilda was preceded in death by her father, Robert "Jim". She is survived by her mother, Paula; brother, James; sister, Allison; niece and her husband, Jennifer and Craig; niece, Jaclyn; great niece, Paige; and great nephew, Greyson.

There will be a private memorial remembrance in Miami. As it was Jilda's wish, her ashes will be spread at sea at the Neptune Memorial Reef.

neptunesociety.com
Published by Tulsa World on Jul. 21, 2021.
To plant trees in memory, please visit our Sympathy Store.
MEMORIAL EVENTS
To offer your sympathy during this difficult time, you can now have memorial trees planted in a National Forest in memory of your loved one.
MAKE A DONATION
MEMORIES & CONDOLENCES
4 Entries
Miss her. She was my rock when I worked with her and she remained a dear loved friend for 20 plus years. I love you
Rena
September 13, 2021
She was beautiful, kind, lovable, and my favorite dance instructor at skillys. RIP dear.
Marcus makar
July 27, 2021
I enjoyed talking to Jilda & getting updates on your Mom. I hope you & the family are doing well.
Velma Primas Green
Other
July 22, 2021
I attended Elliot Elementary and Edison Junior High with Jilda, before we moved away. I remember her as smart, witty, and above all a really nice person. Sincere condolences to her family.
Frank Coon
School
July 21, 2021
Showing 1 - 4 of 4 results