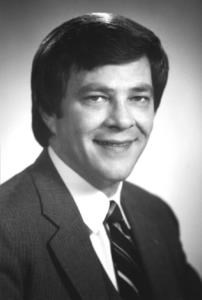 John C. Myers of Bixby, Oklahoma passed away unexpectedly on June 30, 2021. John was born on February 1, 1945, to George and Phyllis June Myers in LaJunta, Colorado. He grew up in Dewey, Oklahoma and joined the National Guard after high school. He attended Northeastern A&M College where he met Nancy (Klaus). They were married in 1965 and had two daughters, Jacqueline and Cheryl. The marriage ended in divorce. John moved to Texas for a short time but lived most of his adult life in the Tulsa area. He had a long career in the banking industry, holding different positions throughout his career.

John enjoyed hunting, fishing and spending time with friends and his dog. He was an active member of Immanuel Lutheran Church in Broken Arrow.

John's wish was to be entombed in a private ceremony. No memorial service is planned at this time per his wishes.

The family of John Cleveland Myers entrusted his care and entombment to John and Kim Garrett and the dedicated staff of Garrett Funeral Homes, 222 West Broadway Avenue, Broken Arrow, Oklahoma 74012 (918) 251-6464.
Published by Tulsa World on Jul. 14, 2021.
To plant trees in memory, please visit the Sympathy Store.
MEMORIAL EVENTS
To offer your sympathy during this difficult time, you can now have memorial trees planted in a National Forest in memory of your loved one.
Funeral services provided by:
GARRETT FUNERAL HOME
MAKE A DONATION
MEMORIES & CONDOLENCES
Sponsored by GARRETT FUNERAL HOME.
0 Entries
Be the first to post a memory or condolences.