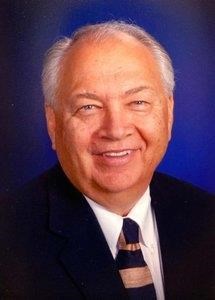 Our beloved husband, father, and grandfather lost his courageous battle with Parkinson's Disease on September 16, 2020. He peacefully passed at home with his family by his side.

John was born on June 9, 1942 in Ft. Smith, Arkansas, to John and Annabel Phillips, the middle brother to his two devoted sisters, Judy and Janet. After graduation from Northside High School in Ft. Smith, he went on to attend Arkansas Tech University in Russellville, Arkansas. There he met and married his loving wife of 57 years, Jane Henry.

He obtained his medical degree from the University of Arkansas School of Medicine in Little Rock. In 1968 he completed an internship at St. John Medical Center in Tulsa. In 1969 he served honorably during the conflict in Vietnam as a Lieutenant Commander in the Medical Corps of the United States Navy. Upon return from his service, he completed a general surgery residency at Parkland Hospital through the University of Texas Southwestern Medical Center at Dallas. He developed friendships and professional relationships at Parkland that lasted throughout his lifetime. He made the decision to return to Tulsa in 1975 and join Surgery Incorporated at St. John Hospital where he practiced for 35 years.

Dr. Phillips was known for his remarkable bedside manner, compassion, and dedication to his patients. He was also known to be a loyal fan to the Arkansas Razorbacks and Dallas Cowboys. His affiliation as an assistant professor at the University of Oklahoma School of Medicine made an indelible impact on many future healthcare professionals. He received numerous honors and accolades throughout his career. He was instrumental in starting Project TCMS which provides free medical care to the underserved communities of Tulsa.

John was a loving father to his three daughters, Michelle, Jennifer, and Sarah. His brood of women continued with his five granddaughters, Hannah, Annabel, Virginia, Maggie, and Lucy.

His deep faith in God started at First Baptist Church in Ft. Smith and continued with a 30+ year membership at Boston Avenue United Methodist Church. His love of Christ and old hymns carried him through his final days.

He was preceded in death by both of his parents, John and Annabel Phillips. He is survived by his wife, Jane Phillips; daughters, Michelle Hubner (John), Jennifer VanHanken, and Sarah Doyle (Sean); and granddaughters, Hannah and Annabel Hubner, Virginia VanHanken, and Maggie and Lucy Doyle; sisters, Judy Guest (Gordon) and Janet Brumley (Paul); and numerous nieces and nephews. Special thanks to Elizabeth Wanjiku and Sarah Kunihira for their loving care in his final years.

www.moorefuneral.com
Published by Tulsa World from Sep. 18 to Sep. 20, 2020.
MEMORIAL EVENTS
No memorial events are currently scheduled.
Funeral services provided by:
Moore Funeral Home - Rosewood Chapel
GUEST BOOK
21 Entries
John and I were best friends throughout high school. I'm so sorry for your loss. Wish I could have seen him one last time.
Ralph Pate
October 9, 2020
Dr. Phillips was such a compassionate physician. Our mutual patients knew that he cared for them as people first. His kindness and empathy were combined with excellent surgical skills. He made a difference in so many lives and I was blessed to be able to call him my friend and colleague. My sincere condolences to his family.
Vicki Baker, MD
October 4, 2020
Dr Phillips was a great man - his kindness, knowledge and caring was seen by all that knew him. He was a GREAT teacher, mentor and friend. I am blessed to have known him and called him my friend! Dr Phillips you will be missed - you touch my life and so many others!
Treva Shoulders Hicks
September 25, 2020
My deepest sympathy to Jane and family at the loss of this wonderful man. Dr Phillips always had a smile. His friendly conversation and easy going and caring demeanor were always present. I was lucky to have worked with him through BCBSOK. He was a good man and will always be remembered by those who knew him. God's blessings on his family at this difficult time.
Paula Huck
September 24, 2020
Dr. John Phillips was a very special person in our lives for his excellent and several successful surgeries and care of Linda and his kindness to both Linda and Bob. John literally saved Linda's life when during a biopsy operation he discovered a fast growing malignant tumor on Linda's breast that had not been detected during a routine mammogram. His prompt and successful removal of her breast and tumor has resulted in twenty-five, and counting, wonderful years of life for Linda. We have been truly blessed by our friendship with John.
Bob and Linda Reis
Friend
September 22, 2020
John, was a man with many gifts ... An outstanding surgeon, friend, and family doctor for so many. I once told John that he could have been a minister, as he had all the gifts that made his light shine so brightly as he cared for others. Truly a great man who blessed all us who were fortunate enough to know him. Rest in peace John...
Ron King
Friend
September 22, 2020
I had the privilege of working with Dr. John Phillips in the operating room at St. John’s Medical Center and as others who have worked with “Big John” words cannot describe our admiration, not only as a surgeon but also a person. St. John’s and the world is a better place because of his time here. Sincere condolences to his family and God bless Dr. John Phillips!
Don Rowland RN
Don Rowland
Coworker
September 21, 2020
John Phillips was a terrific human being and doctor. His kindness always made those he knew feel better- especially his patients. His simple act of holding your hand while the anesthesia was administered was a simple and reassuring gesture that meant a great deal. Our family sends it deepest sympathy for the loss of a wonderful person.
Anne Walker Brackett
Friend
September 21, 2020
As both a patient and wife of a patient, Dr. Phillips was unmatched in his ability to calm. His bedside manner was remarkable and genuine concern unmatched. I’m sure many rewards were laid up in Heaven for this man who was so
true to his calling.
Beverly Griffin
Acquaintance
September 20, 2020
What a wonderful guy! I will never forget my first night at Parkland as a fourth-year medical student extern on trauma with John is my third year. I knew him before in Tulsa and we remained friends throughout. He never changed in 50 years, always approachable and always with a laugh. I feel privileged to have known him and so sorry he is gone much too early.

Chris Thompson, MD
Chris Thompson
Friend
September 20, 2020
I met Dr. Phillips in 1981 when I moved to Tulsa. I was an RN in ICU and I met him through a friend of my father's, Dr. Shepard, who was one of his partners at the time. Dr. Phillips was one of the nicest, most compassionate doctors I have known. He worked with Dr. Shepard, Dr. Yeary, Dr. Melichar, and Dr. Zekauskus. What a nice group of doctors!

All of the nurses thought highly of Dr. Phillips. Such a kind, thoughtful person. What a privilege to have known him!


Ann Craighead Coleman
ann craighead
Coworker
September 20, 2020
I had the privilege of interacting with John when i was engaged in the practice of medical oncology during the ‘80’s and ‘90’s. Not only was he a skillful and talented surgeon but he was a kind, diplomatic and optimistic person who patients comfortably related to. Even when we weren’t discussing medical matters, we’d often stop in the hallways of St John’s and exchange pleasantries. He’ll be missed.
George Schnetzer
Coworker
September 20, 2020
John and I were dear friends and partners in the surgical group of Surgery Incorporated practicing at St. John Hospital. Before that, we did our surgical training together at Parkland Hospital in Dallas. We saw each other as brothers. I will truly miss him. Bob Melichar
Robert Melichar MD
Coworker
September 20, 2020
A skilled surgeon with the best bedside manner of any physician I have ever known. His humanity and kindness has influenced many and will be his memorial.
William Geffen, MD
Coworker
September 20, 2020
I worked with Dr. Phillips at St John Medical Center for many years. He touched so many lives in his career. My condolences to his family,
Jan Hesselberth
Janet Hesselberth
Coworker
September 19, 2020
I always loved working with Dr. Phillips in the operating room and assisting him in all his patient’s care, will miss him so. I will miss his greeting he had for me when I came into his operating room ( “hello BBC”), only a few others knew those initials because he developed them. Miss you sir. Blessings to the Phillips family and May God continue to comfort you.

One of the biggest bonuses of my marrying Gordy has certainly been marrying into this wonderful family.

I love each and everyone of you and I’m praying for you as you grieve wonderful Uncle Johnny.

I will miss the twinkle in his eye, his laughter, his continuous joy and his love of all of his family, friends, his career, his faith and life.

His Joy was contagious. I know that comes from a deep faith and sense of having such a purpose. He was put on this earth to help people surgically and yet also in just doing life. He was a wonderful listener. He was a great man that was so gifted in so many ways yet he could talk to anyone about anything including janitors, people who worked for him and people who helped serve his practice.

I am forever grateful how all of you have welcomed me into the family and I will be praying for you as we all miss such a wonderful person. It is such a joy to think we will all be reunited again.

I loved watching how much he adored all of you. I loved hearing him say “Jane girl” and fondly remember his fun Easter egg hunts with wonderful money inside every egg. He made life better for us all.

We will be forever grateful for how he invested in us, our marriage, our children and our family.

I am forever blessed and will always cherish my relationship and time with uncle Johnny.

He has always been extremely special to me and my family. I will miss him tremendously and look forward to seeing him again in heaven.

I will always love my time with Uncle Johnny.