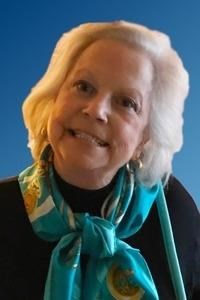 Judith Trigg Kraft was born in Tulsa, Oklahoma, on December 1, 1944 to parents, John H. Trigg and Bernice Dunnam Trigg of Texarkana, Texas. She passed away peacefully after a long and courageous battle with heart disease, rheumatoid arthritis, and incurable liver cancer, on July 5, 2021 at age 76 in her Tulsa home.

Judy attended Barnard Elementary, Wilson Junior High, and graduated from Central High School, Class of 1963. She attended OSU and Tulsa University coming very close to earning a Music degree. As an accomplished pianist and composer, she performed in many concerts and contests. Judy married Dallas Rose in 1968, since divorced. They had one son, Marcus.

In 1985 she met the love of her life, Larry Kraft, on a blind date on a tennis court. They married in 1990 and had an amazing 31 years together! During these 31 years, they camped across the country enjoying the outdoors, visiting many national parks and places of interest. During a camping trip in 1991, they discovered southwest Colorado and Telluride, a simply beautiful area! The following year while camping they discovered San Juan Vista and a rundown cabin for sale on five gorgeous acres at 10,000 feet altitude. A few weeks later the purchase was sealed. Over the next 26 years, the Krafts went often (usually three times a year) that included snowmobiling to the cabin in the winter. Many trips were spent working on the cabin and converting it into a very special, comfortable and beautiful place. After Larry's retirement in 2010, they spent 3-4 months each summer in Colorado often traveling to many wonderful sites, ending in Seattle where Judy's son, daughter-in-law and two grandsons live. Beginning in 2012 the couple discovered cruising with the first cruise starting in Athens, Greece, sailing the Mediterranean Sea to Barcelona, Spain. Now they were "hooked" and made many trips to Europe, Alaska, and the Caribbean.

Judy was a talented tennis player and long-time member of Philcrest Hills Tennis Club. She was an owner and President of a fabric protection business and ran the operations successfully for sixteen years. Perhaps her greatest talent was as an artist! Her art was admired by many who would seek to possess particular paintings. She had a very special creative ability.

When strangers would meet Judy for the first time, they would immediately connect with her. She just had a way about how she carried herself. Funny, caring, thoughtful and totally without pretension. She loved life and lived each minute to the fullest.

A Celebration of Life and reception will be held on August 7th (Saturday) at 5 pm at Schaudt's Tulsa Funeral Service (5757 S. Memorial). The family will be eternally grateful for all the wonderful care she received from her Saint Francis/Warren Clinic doctors and nurses.

In lieu of flowers, donations can be made to the charity of choice.

We will always carry your loving memory in our hearts.

www.schaudtfuneralservice.com
Published by Tulsa World on Jul. 18, 2021.
To plant trees in memory, please visit our Sympathy Store.
MEMORIAL EVENTS
Aug
7
Celebration of Life
5:00p.m.
Schaudt's Funeral Service & Cremation Care Centers
5757 S. Memorial Drive, Tulsa, OK
Funeral services provided by:
Schaudt's Funeral Service & Cremation Care Centers
MAKE A DONATION
Please consider a donation as requested by the family.
MEMORIES & CONDOLENCES
Sponsored by Schaudt's Funeral Service & Cremation Care Centers.
2 Entries
Judy was a sophomore when I was a senior at Tulsa Central high school. We were in the same clubs and what a funny and loving friend she was. She had such a great presence and I felt blessed that we were friends. I lost touch with her after high school never forgot my special friend. My condolences to all her family.
Judy Megee Cravens
School
July 20, 2021
Judy and I shared many classes at Wilson Junior High. We lost contact when she went to Central HS and I went to Will Rogers. We did reconnect a few years ago on Facebook and for that I am thankful. She was one of the sweetest people I have ever known. My condolences to her family.
Gary Sloan
School
July 18, 2021
Showing 1 - 2 of 2 results