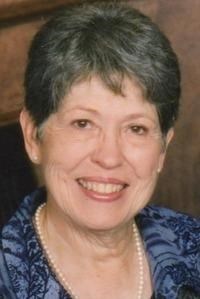 Nancy Dee (nee Thatcher) Holly passed away June 22, 2021, in Tulsa, Oklahoma, at the age of 87. She was born in Plainview, Texas, November 7, 1933, to Walter Edwin and Nita Nell (DeJarnatt) Thatcher, the youngest of three daughters. A precocious child growing up in Dallas, she fondly recalled slipping out to ride the street car around its circuit, ducking her head every time she passed her home until someone finally spotted her. By the age of seven she was written up in the newspaper for traveling solo by train to spend the first of many summers with her beloved Aunt Pearl and Uncle Willard, who provided her many experiences and wonderful memories, and greatly helped to feed her imagination and adventurous spirit. She graduated from Woodrow Wilson High School and later became the first in her family to graduate from college. While working part-time at the Texas Capitol, she earned a Bachelor's degree in Political Science from the University of Texas at Austin.

Nancy married soon after graduation and had two children, William David and Nita Carol. The marriage dissolved not long after and faced with raising her children as a single parent, Nancy moved her family to Lubbock, Texas, where she received loving support from her eldest sister, Emma Nell. She later moved the family to Amarillo, where she was employed by Shamrock Oil and became the first woman admitted to the Panhandle Oil Scouts Association, and was elected president of the Desk and Derrick Club. Nancy and her mother purchased a home together, where all enjoyed a warm, loving environment filled with good memories.

While attending a Christmas party, she was introduced to a friend's brother, Earl Holly, who happened to drop by while driving through from out of town. Over a mostly long-distance courtship, they soon discovered they had each found the love of their lives and married in Tulsa, OK in August, 1964. Earl adopted Bill and Carol, and the new Holly family of four established in Tulsa. Soon the family grew with son, Richard Earl and daughter, Rosemary. In 1978, the family moved to Dhahran, Saudi Arabia, where Earl worked for the Arabian American Oil Company (ARAMCO) while children, Bill and Carol stayed behind to attend college in Oklahoma. Realizing her dreams to travel the world, Nancy flourished in the Middle East, where she also found the highlight of her working career, made many new friends, and enjoyed opportunities to experience many different countries and cultures. Nancy and Earl were avid bridge players and were part of bridge groups in Dhahran as well as Tulsa.

Returning to Tulsa in the mid-1980's, Nancy began to make significant renovations to their home, while continuing graduate studies in Psychology. In 1985 she began volunteering for Hospice, which she continued for over 25 years. She sat with the dying, showing great compassion to their loved ones with whom she maintained lasting friendships. She donated her time and money to many causes, helping those most vulnerable. Nancy was a voracious reader of all genres, a talented seamstress, an avid and delightful conversationalist, and loved to entertain guests for dinner parties or just gatherings of friends and family. She enjoyed going with Earl to Tulsa Town Hall, theatre productions, ballets, museums and movies. She took tap dancing and taught water aerobics to keep herself fit and energized.

A naturally gifted writer, Nancy wrote letters to her family and friends throughout her life chronicling her experiences with rich detail, insight and humor. Extremely thoughtful, she never forgot a birthday, made personalized Christmas stockings for her expanding family, and reached out during times of need. She instilled in her children a love of reading, the arts, education, curiosity for life, and doing for others. She passed along cherished family traditions, including recipes, books, stories, and most of all love for her family.

Nancy was preceded in death by her parents; her sisters, Emma Nell Neal of Lubbock, TX, and Dorothy Joan Suits of Rio Ranch, NM; and her beloved husband of 54 years, Earl Holly. She is survived by her four children, William D. (Marlo) Holly of Bixby, OK, N. Carol Holly of Tulsa, Richard E. (Sandra Burnis) Holly of McLean VA, and Rosemary (Mark Farley) Holly, of Austin, TX; and many beloved grandchildren and great-grandchildren.

A life celebration and service will be held on Saturday, August 7th, at 11 a.m. at St. Dunstan's Episcopal Church, Tulsa. We express thanks for the wonderful care provided to Nancy at Saint Simeon's Senior Community. In lieu of flowers, the family requests that donations be made to Tulsa Area United Way or a charity of your choice.
Published by Tulsa World on Aug. 1, 2021.
To plant trees in memory, please visit the Sympathy Store.
MEMORIAL EVENTS
Aug
7
Celebration of Life
11:00a.m.
St. Dunstan's Episcopal Church
Tulsa, OK
MAKE A DONATION
Please consider a donation as requested by the family.
MEMORIES & CONDOLENCES
2 Entries
What an awesome tribute to a very special mother! I will be thinking of you all every minute on Aug. 7 wishing I could be there. Love to all!
Laura Kinney Westcott
Family
August 3, 2021
My thoughts and prayers go out to Rosemary and her family dealing with the loss of their mother. What a beautiful life Nancy lead and shared that passion with all she loved.
Judy Kocian
Other
August 1, 2021
Showing 1 - 2 of 2 results