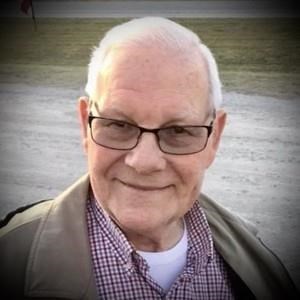 Celebrating the life of

Funeral services will be held Friday, September 11, 2020, at 2:00 pm at Westwood Pentecostal Church. Duane Nelson and Rodney Shirel will officiate the service. Burial will follow at Woodlawn Cemetery. Arrangements by Rice Funeral Home.

O.L. "Bic" was born to Charles and Pearl Bickford on February 21, 1931. He attended school in Sterling, KS. He found his forever love, Lorene Hopkins and married her on October 12, 1950 in Pratt, KS. He proudly served his country in the U.S. Navy. Polio led to a devastating change of life events and ended his Navy career with an honorable discharge. O.L. demonstrated true resilience in the face of adversity. To care for his family, he learned a new trade and became a draftsman for HARSCO, Co. from 1960-2017. During his 57 years with the company he helped design many coolers that are still in production today. He was a Deacon in the church and taught Sunday School for several years. Anyone that shook his hand will tell you the strength of his unforgettable grip. O.L. had much to be proud of but nothing could compare to the love and pride he had for his family. For years he was a permanent fixture at Sequoyah High School football games cheering on his grandkids and great grandkids. His proudest moments were when one of his grandchildren would simply climb into his lap. He loved making memories with family every year in Branson, MO. He was a man of true faith and honor. A legacy that will live far past his earthly life. "There are some who bring a light so great to the world that even after they are gone, their light remains."

O.L. was preceded in death by his parents; 13 siblings and his beloved son, Gary Bickford.