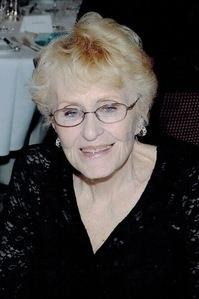 Peggy Martin Bechtold died peacefully in her sleep in Tulsa, OK, on July 23, 2021.

She was preceded in death by her parents, Clyde and Ruth Martin and her sister, Alma Jean Gilreath.

Peggy was born on January 22, 1933 in Mannford, OK. She graduated in 1951 from Eastern High School in Lansing, MI. Peggy spent her career working for the military in Washington, DC. After retiring Peggy took up Ballroom Dancing and became an exceptional dancer. She took lessons multiple times per week and said it was her favorite exercise. She had many beautiful dresses for dancing.

She died as she lived, with a positive attitude, a love for her family and friends. All those who cared for her in the hospital and hospice immediately fell in love with her and saw an incredibly sweet person. Many called her a "Hoot!" that described her very well.

Peggy will be cremated and per wishes, there will be no services. Also as per Peggy's wishes, in Lieu of flowers Peggy would say, "just go do something fun".
Published by Tulsa World on Jul. 27, 2021.
To plant trees in memory, please visit the Sympathy Store.
MEMORIAL EVENTS
To offer your sympathy during this difficult time, you can now have memorial trees planted in a National Forest in memory of your loved one.
MAKE A DONATION
MEMORIES & CONDOLENCES
0 Entries
Be the first to post a memory or condolences.