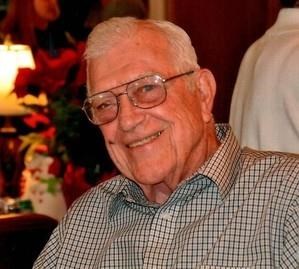 He was born March 2, 1928, in Tulsa, to Roy and Grace Oliver. Ralph was always proud of his Tulsa roots and his early life in Brookside. As a child, he attended Marquette School and Christ the King Catholic Church. Ralph went on to attend high school at Subiaco Academy in Subiaco, Arkansas, which was a defining aspect of his life. During his time at Subiaco, he won many awards and achievements for athletics and personal character. His time at Subiaco further instilled in him a firm sense of spirituality that he maintained all of his life. He kept up with friends and faculty long after his graduation and was recognized as a Distinguished Alumni in 2008.

In 1946, he attended Oklahoma A&M, where he was a member of Sigma Alpha Epsilon fraternity and, most importantly, met his future wife, Betty Bailey, mother of their five children. In 1948, he joined his father in the Roy Oliver Jewelry and Loan Company in downtown Tulsa. His two sons would later join him in the family business. Ralph was a respected member of the downtown business community where he developed long-lasting business and personal relationships with people from all walks of life.

In 1957, Ralph and Betty moved their growing family to Broken Arrow where they attended St. Anne's Catholic Church and were active in the Parish. After many years of living in town, Ralph and Betty bought land east of Broken Arrow. The Farm would become more than just a home as they hosted many friends and family and created lasting memories.

Following Betty's passing, Ralph found love for the second time when he married lifelong friend, Dorothy Mullen. He was forever grateful for her companionship and the years they spent together on the Farm. Dorothy died in December, 2020.

Ralph was grateful for the life that he lived. He continually expressed a deep gratitude for the many blessings that God showered upon him and would often say "I've lived a good life!"

Ralph was preceded in death by his parents; sister, Dorothy and her husband, Dick Jennings; daughter, Ann Oliver; and wives, Betty and Dorothy.

Memorials may be made in lieu of flowers to Meals on Wheels of Tulsa at mealsonwheelstulsa.org/donate or to your favorite charity.

hayhurstfuneralhome.com
To plant trees in memory, please visit our Sympathy Store.
Published by Tulsa World on Feb. 21, 2021.
MEMORIAL EVENTS
No memorial events are currently scheduled.
To offer your sympathy during this difficult time, you can now have memorial trees planted in a National Forest in memory of your loved one.
Funeral services provided by:
Hayhurst Funeral Home
GUEST BOOK
1 Entry
May the love of friends and family carry you through your grief, and find comfort from knowing that God draws close to the broken-hearted.
T D
February 20, 2021