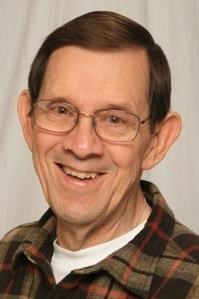 Celebration of life service will be held on Friday, January 29, 2021, at 10AM at Broadway Baptist Church, 1000 N. Adams Rd. in Sand Springs with Rev. Steven Redfearn and Rev. Fred Redfearn officiating. Interment will follow at Woodland Memorial Cemetery in Sand Springs under the direction of Mobley-Groesbeck Funeral Service of Sand Springs. Visitation will be held on Thursday, January 28, 2021, the family greeting friends between 6PM and 7:30 PM.

Gerald was born on September 21, 1947 in Broken Arrow, Oklahoma, the son of William Morris Flanagan and Lois Maxine Summers Flanagan. He was raised by his Maternal Grandparents, Ernest and Iva Summers, of Broken Arrow. He graduated Broken Arrow High School Class of 1965. He served in the U.S. Marine Corps during the Vietnam Era. He began his career in Law Enforcement in his hometown of Broken Arrow and transferred to Sand Springs Police Department in 1970. In 1972 he was named Assistant Chief of Police, serving as Interim Chief on several occasions. He retired from the Sand Springs Police Department in November 1990 and immediately started working with the U.S. Marshals Service as a Court Security Officer, rising to the top spot of Lead CSO. He finally retired completely in May 2008 when he was forced to take a medical retirement.

Gerald married Ellen Hubbard Miller in May 1989 and they were looking forward to celebrating their 32nd Wedding Anniversary this coming May.

Gerald was preceded in death by his grandparents, Ernest and Iva Summers; his mother, Maxine Hayes; his father, William Flanagan and his wife, Maudie; his son, Robert Michael Flanagan; his grandson,Cole Lee Combs; his in-laws, Amy Hubbard Redfearn and Rev. Wilburn L. Redfearn.