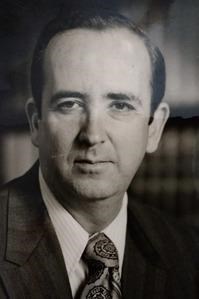 A native Tulsan, Tom attended Marquette Elementary, Wilson Junior High, and graduated from Central High School, where he excelled in track and cross country. He briefly attended Grinnell College in Iowa, then graduated with a degree in journalism from Oklahoma A&M, now Oklahoma State, in 1954. While there he was the editor of the Daily O'Collegian and a member of Pi Kappa Alpha fraternity. He later earned a Master's degree from the University of Tulsa. A lifelong learner, Tom completed his Educational Doctorate at TU in 1988.

He served in the U.S. Army from 1954-1956, stationed in Fort Ord in California and Fort Lewis in Washington. Upon discharge from the Army he briefly worked as a sportswriter at the Daily Oklahoma in Oklahoma City, returning to Tulsa to work for the National Jaycees as historian and editor of Future Magazine. During his stint with the organization he was one of three Tulsa Jaycees who proudly completed a 50-mile walking challenge set down by President John F. Kennedy. It was while he was with the Jaycees that he met and married his wife, Charlotte, who passed away in 2011.

Tom worked at Cities Service Company for 18 years as a magazine editor and speech writer. He completed his career with 12 years in public relations at Tulsa Regional Medical Center. A highlight of his years there was working with his sister, Mary Wieman, writing "Dreams, Challenge, and Change", a history of the hospital commemorating its 50th anniversary.

For years Tom was a principal author of the Tulsa Press Club Gridiron and also served as its chairman. In the 1970s his wife, Charlotte, organized the show's memorable cast parties. He was active in the Tulsa chapter of the Public Relations Society of America, winning Silver Link Awards and being named PR Professional of the Year for his work at Tulsa Regional.

As a sideline, Tom enjoyed covering many high school football games for the Tulsa World, accompanied by his wife, who was the first woman to sit in the press box at Skelly Stadium.

He joined the board of the Tulsa chapter of the American Diabetes Association in the 1980s after his 4-year-old grandson became diabetic. He also was involved with the TU Alumni Association for many years.

Tom's fondness for Destin led him to write two novels set in that community, with his love of football inspiring a third novel.

He was preceded in death by his wife of 53 years, Charlotte; his parents, John W. and Marguerite Campbell; his sister, Mary E. Wieman; and brother, John W. Campbell Jr.

Tom will be remembered by all who knew him for his fun and often quirky, sense of humor, which revealed itself in all manner of settings and situations.

Tom Campbell's family would like to express appreciation for the devoted attention he received from caregivers at St. John's Medical Center.

Visitation will be held at Fitzgerald Ivy Chapel from 2 to 4 p.m., Wednesday, February 24, followed by a Rosary at 7 p.m. A Mass of Christian Burial will be at Holy Family Cathedral at 10 a.m., Thursday. 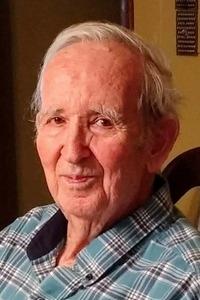 To plant trees in memory, please visit our Sympathy Store.
Published by Tulsa World on Feb. 23, 2021.
MEMORIAL EVENTS
Feb
24
Visitation
2:00p.m. - 4:00p.m.
Fitzgerald Ivy Chapel - Ivy Chapel - Tulsa
1402 South Boulder Avenue, Tulsa, OK 74119
Feb
24
Rosary
7:00p.m.
Fitzgerald Ivy Chapel - Ivy Chapel - Tulsa
1402 South Boulder Avenue, Tulsa, OK 74119
Feb
25
Mass of Christian Burial
10:00a.m.
Holy Family Cathedral
Funeral services provided by:
Fitzgerald Ivy Chapel - Ivy Chapel - Tulsa
GUEST BOOK
2 Entries
Sending our deepest sympathy during your time of sorrow. Your family is in our thoughts.
Stephanie & Tony Trimble
February 25, 2021
I have such fond memories of Tom. I became acquainted with Tom through his wife, Charlotte. She and I were sacristans at Holy Family for many years. After our sacristan duties, they were so kind to take me to breakfast with them where we would have such wonderful conversations. Tom and Charlotte had many interests, such as in the arts, and we often shared stories related to music, museums, film, and theatre. Often, Tom would even prepare a tasty and hearty breakfast for Charlotte and me in their home and conversations would carry on almost to lunch. They were such kind and generous hosts. I also enjoyed their Christmas Open House events when they lovingly opened their home to many to share in the Christmas spirit. Tom and I both attended the University of Tulsa, and we often shared stories of professors we knew. I loved those conversations. He was in PR and an author, and I loved hearing his latest writings and projects. Tom, thank you for your kindness and love. I will forever remember the impact you and Charlotte had on my life. May you rest in peace.
Monica Skrzypczak
February 24, 2021