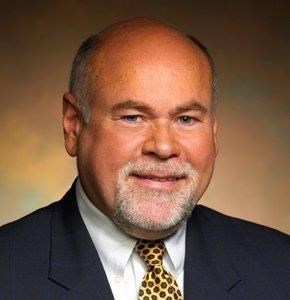 E. Timothy Colwell, 68, better known as Tim, made his journey to the Master's home on January 14, 2021. Tim always knew he wasn't home yet while he was here on earth and he fought a valiant battle for three weeks against Covid-19.

Tim was born December 17, 1952, to Mary and Gene Colwell in Fort Dodge, Iowa. His father was killed in a car accident before Tim was born.

Tim was raised by his single mother, the postmaster in Livermore, Iowa, a town of approximately 700 people at the time. Tim's tales of growing up in Livermore showed what a proud Iowan he was. Tim, was President of his senior class of 46 students at Twin Rivers High School in Bode, Iowa.

Tim married Deborah (Debbie) Gouge in 1984 and they had a son, Matthew Timothy Grant Colwell, in 1985. Debbie passed away July 2000, just a week before Matt turned 15, leaving Tim to raise his teen-age son on his own. He was an amazing father, exemplifying the love of the Heavenly Father throughout the years.

In May 2010, Tim married Patty Milam Elmore. He would often jest when speaking of his first date with Patty in 2009, "she plays cribbage and smokes cigars, laughs with abandon, passed the greeting-card test and loves the Lord…she is a keeper and the one God sent." If you know Tim and Patty, you know their love was palpable and deep -- that of soulmates. Patty has two daughters, Lauren Scales and Jordan Kingsley and Tim never called them "step", they became "his" daughters.

Of course, the two grandchildren, Oaklyn (4) and Jensen (2) were the most spectacular children in the world. "PopPop" doted on them and was "Pippa's" partner in caring for Jensen for the past two years.

In 1966, Tim was the youngest page ever in the Iowa House of Representatives during the 8th grade. He graduated from Twin Rivers High School in 1971 and from Drake University in Des Moines, Iowa, with a B.S. from the School of Journalism in 1975.

His first work assignment was with the Des Moines Chamber of Commerce. In 1978 he was lured away by Continental Heritage Press to publish coffee-table books, each glamorously profiling a city. He relocated from his beloved Iowa to Tulsa. He treasured traveling across the country, meeting cities' top leaders and living in plush and historic hotels for 3-4 months at a time.

In 1982, Tim became the first and only public relations director for the City of Faith at ORU. Then in 1985 he moved to Parker Drilling Company as PR Director. After Parker Drilling relocated to Houston, Tim and Debbie started Colwell and Colwell, PR and Marketing. They also started The Queen of Cards, which achieved national distribution – a line of humorous greeting cards that riffed on odd vintage photos.

In 2007, Tim joined Williams, a Tulsa-based energy company, in public relations. In his role there, he traveled in support of various projects and managed and mentored a large staff of professionals who worked in disparate locations around the country. He was with Williams until his retirement in 2018. His roles at Williams included a great deal of community relations work.

Tim Colwell was an Accredited Public Relations Professional. He served as the President of PRSA Tulsa and arranged a local club meeting with Edward Bernays, "the legendary Father of Public Relations".

Tim was also an adjunct professor at the University of Tulsa teaching public relations.

As a member of IABC, PRSA and Rotary Club of Tulsa winning many awards from each of these.

He was on the board for Oklahoma Center for Nonprofits 2014-2018, was named Board Member of the Year in 2015-16. He was currently on the board of Gathering Hearts for Honduras.

A proud Rotarian for more than 40 years, he served as the Downtown Tulsa Rotary Club president in 2007. He was a Paul Harris Fellow. He was awarded the "James G. Saied Service Above Self … and then some" in 2012 in part for his work on the Rotary Centennial Project and art installation on the Williams Center Green in downtown Tulsa. Tim co-authored the 100 Years of Rotary book. He also co-chaired the Centennial Celebration. There is much to be said about his Rotary years but suffice to say he met Rotary's "Four Way Test" in all ways.

But none of the awards and accolades meant as much to him as did his relationship with Jesus Christ, his Lord and Savior since 1979. Tim's deep relationship with the Lord is what he would want everyone to know and remember him by.

Tim's sense of humor was one of his best traits. His laugh uproarious. Twisted humor in his greeting card line, self-deprecating jokes from any podium. He was a mentor, teacher, encourager, friend extraordinaire. He was also "Mr. Chamber of Commerce" for Tulsa tours when newbies came to town.

Tim loved hot tubs under the stars, patio conversations with a good cigar, the mountains of Colorado, convertibles and accelerating through the curves. He loved Crisis Communications meetings offsite, open-eyed prayers and using "confused and embarrassed". He loved baseball junkets and golf with Matt, again with cigars. He was an extraordinary writer and communicator. He would have been humbled and elated to read the encouraging prayers and remarks on his CaringBridge site. Over 900 people registered and 7,500+ site-visits. He would say, know Jesus because you may not have another day.

Services will be held at First United Methodist Church in Tulsa, OK, on January 21, 2021, at 2 p.m. or live stream at fumctulsa.org or https://fumctulsa.online.church/.

In lieu of flowers, consider a donation to Gathering Hearts for Honduras at gatheringhearts.org/donate or the mailing address is 2220 W. Oakridge St., Broken Arrow, OK 74012. Moore's Southlawn 918-663-2233. Share memories at www.moorefuneral.com
Published by Tulsa World on Jan. 19, 2021.
To plant trees in memory, please visit our Sympathy Store.
MEMORIAL EVENTS
Jan
21
Service
2:00p.m.
First United Methodist Church
Tulsa, OK
Funeral services provided by:
Moore Funeral Home - Southlawn Chapel
MAKE A DONATION
MEMORIES & CONDOLENCES
Sponsored by Moore Funeral Home - Southlawn Chapel.
5 Entries
I´m so very sorry to hear about Tim. Missed his service as I´m at my mom´s side for her final days. Praying for his family and friends .. what a kind Godly man.
Debbie Wharry
January 24, 2021
I worked with Tim for several years at Williams. We worked closely on the Route 66 Marathon sponsorship. He was always a professional and always full of energy and enthusiasm. He was great to work with and I am glad we became friends. He will be missed.
Jeff Vause
Coworker
January 21, 2021
Dear Patty and family, With his ever sunny smile, quirky sense of humor and innate kindness Tim epitomized the word ‘gentleman’. It was a joy to know him. May your many joyful memories of times together fill your thoughts.
Missy Kruse
Acquaintance
January 19, 2021
Tim all of my memories of you reveal to me that you were smiling through ups and downs, good and bad. I will miss you.
Anita Larsen
January 18, 2021
Your good humor will be missed.
Margee and Scott Aycock
January 17, 2021
Showing 1 - 5 of 5 results