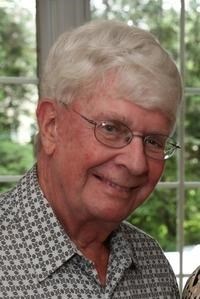 Vince is survived by: his children from his first wife, Rita Robak, Sharon Alheit of Mexico, Tom (Dawn Bonetti) Riley of Clarkston, MI, and Monica Rounds of Auburn Hills, MI; his grandchildren, Eliana Riley, Daniel Riley, Nick Alheit, Andrea (David) Hopper, Brett Rounds and Brianna Rounds; his sisters, Christine Barrett of Bridgeport, NY and Kate Riley of Syracuse, NY; and former wife, Sandra Smith of Broken Arrow, OK. He was preceded in death by his brothers, John Riley and Mark Riley; his son, Patrick Riley; and his long-time companion, Holmes Ramsay. In his final years, Vince was looked after by his devoted caretakers,; Geraldine Peeden and Jane Johnson.

Vince had a distinguished career beginning as an engineer at Douglas Aircraft in California and later at Bell Aircraft in Buffalo, NY, where he worked on a project for the Saturn rocket program. He then worked in several mid-management positions at Bendix Corp/Facet Enterprises in Detroit, before his promotion to the corporate executive team at Facet-Purolator in Tulsa. He later moved to Greensboro. Vince loved his work and his unique business acumen saw him assigned to "turn around" several of Facet's operations in both the U.S. and Europe, that allowed him to travel extensively.

Vince is best remembered for his generosity and support of the endeavors and enrichment of his family. He hosted multiple family reunions in Myrtle Beach, SC, which provided all with many indelible memories. He also enjoyed playing piano, a cold Diet Pepsi, fudgsicles, relaxing on the beach or just an afternoon poolside chat with his buddies at the neighborhood pool.

The family will be having a private celebration of life. In lieu of flowers, please send donations to Authoracare Hospice services (https://www.authoracare.org/give/donate-online).

www.triadfuneralservice.com/
Published by Tulsa World on Aug. 1, 2021.
To plant trees in memory, please visit our Sympathy Store.
MEMORIAL EVENTS
To offer your sympathy during this difficult time, you can now have memorial trees planted in a National Forest in memory of your loved one.
Funeral services provided by:
Triad Cremation Society, Inc.
MAKE A DONATION
MEMORIES & CONDOLENCES
Sponsored by Triad Cremation Society, Inc..
3 Entries
My thoughts and prayers are with Tom and the rest of the Riley family and friends.
Frank Hennessey
August 1, 2021
Vince was a good man and we enjoyed his company on many occasions! Condolences to the family!
Marjorie and Larry Van Horn
Friend
August 1, 2021
I only knew Vince through his sister Christine. I was so sorry to hear another of her brothers had passed. I would like to send her a card, but have no address. Please send my condolences.
Mary Pat (Haggerty)O'Donnell
July 30, 2021
Showing 1 - 3 of 3 results