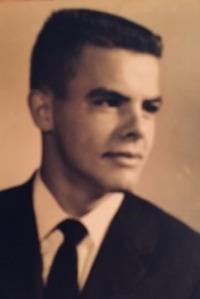 Willeford Lowell "Bill" Underwood, passed away at age 79 on June 9, 2021 in Oklahoma City. He was faced with a sudden and quick battle with kidney cancer. Bill was born in Vinita, OK, on September 17, 1941. He is survived by the love of his life since 7th grade, wife, Susan (Ellis) Underwood. He is also survived by daughter, Michelle (Southwell), husband, Scott, children, Scott Jr. and Morgan (Trejo); son, Bill Underwood Jr., wife, Rhonda, and daughters, Taylor and Olivia. He is survived by his sister, Iris (Davis) Underwood and brother, Steve Underwood. He is also survived by a large extended family of nieces, nephews, and cousins.

Bill was proud to serve in the OK Army National Guard. He was a member of the Rotary Club, earning the Rotarian of the Year award twice, and also enjoyed supporting many community/volunteer programs. In his youth he loved bowling with his dad, brother and friends and winning tournaments! He earned the nickname "Booster" after nearly a decade of supporting youth sports programs including helping to start a Little League football team and serving on the junior high and high school booster clubs. A lifetime fan of the OU Sooners, one of his most proud days was receiving the phone call that his son, Bill Jr., earned a spot on the national championship team!

Bill requested that no service be held, but that his family and friends remember fun times, when a laugh and smile was shared. So in his honor, let's raise a toast with a Braum's chocolate malt! Cheers, Booster! We love you! We miss you! Boomer Sooner!

(With no service and in lieu of flowers, Bill asked that donations be made to the American Kidney Association or the American Diabetes Association.)
Published by Tulsa World on Jul. 18, 2021.
To plant trees in memory, please visit our Sympathy Store.
MEMORIAL EVENTS
To offer your sympathy during this difficult time, you can now have memorial trees planted in a National Forest in memory of your loved one.
MAKE A DONATION
MEMORIES & CONDOLENCES
3 Entries
I'm sorry for your loss and condolences to the entire Underwood family! Bill is one I will always remember way back to Crestwood. I remember when Billy knocked on our door to tell us Dad's old Dodge pickup ran down the driveway and hit Bills sedan (think a Ford LTD?). The truck popped out of gear and really did a number on the back wheel - a little wobbly driving it! He always was in a good mood and greeted everyone with a smile. Lance
Lance Miller
Friend
July 20, 2021
We are so sorry for your loss of Bill. I didn't know that he had passed until I read it in the Tulsa World today. We are praying for you and your family. With Sympathy and Caring, The Willis Family
Diane (Willis) Hubbard
July 19, 2021
The main thing about Bill was he made me laugh. Sometimes via jokes but mainly just funny stuff.....and he laughed harder than anyone at his own jokes. RIP my friend.
Iris Underwood
July 19, 2021
Showing 1 - 3 of 3 results