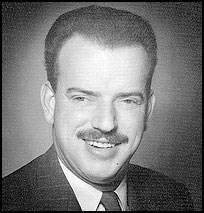 BORN
1924
DIED
2014
Age 89, of Golden Valley, MN Passed away on Wednesday, August 13, 2014 at North Memorial Hospital in Minneapolis. Alan was raised in Clear Lake, SD and resided in White Bear Lake and Maplewood, MN for many years. Alan's memorial service will be held at the James J. Hill House in St. Paul on Saturday, August 30, 2014 at 6:30 pm. A second Memorial Service will be held on Sunday, August 31 at 2:00 pm at the United Methodist Church in Clear Lake, SD with Rev. Frank McKeehan officiating. Interment with military honors will take place at the Lakeview Cemetery in Clear Lake, SD. The Houseman Funeral Home in Clear Lake, SD is entrusted with the arrangements. Alan was born on August 19, 1924, in Clear Lake, SD to William and Alice (Rose) Woolworth. He served in the Army during WWII in Europe from 1943 -1945 and earned a Purple Heart with oak leaf cluster and the Bronze Star. After the war, Alan had a long career with the Minnesota Historical Society as museum curator (1960-1967), head of Museum and Historic Sites Department (1967-1968), chief archaeologist (1969-1979), and research fellow (1979-2014). After his retirement in 1998, Alan still maintained a desk at the Minnesota Historical Society where he was a tireless researcher and aide to those seeking historical information. Alan enjoyed gardening, cats, and was a friend of the Dakota Sioux community. Alan is survived by two daughters, Kathryn (Kurt) Pegors of Prior Lake and Marian (Nelson) Williams of Minneapolis and four grandchildren, Nathan (Heather) and Eric (Bethany) Pegors; Emma and Samuel Williams. He was preceded in death by his parents; brothers Arlan Woolworth and William E. Woolworth.