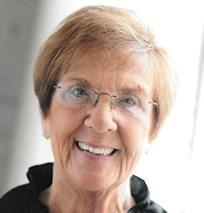 Passed away on her 88th birthday at Johanna Shores in Arden Hills, Minnesota. Carol was born on July 29, 1933, in Chicago, Illinois, the youngest child of William and Antoinette Turnwall. Carol learned about unconditional love and caring for others from her pastor father. Through her mother's gentle guidance, Carol learned what kindness, patience, and grace meant in everyday life and actions. Her brother Richard Turnwall (Marjorie) and sister Doris Rehnberg (James) predeceased her. When she was six years old, Carol and her family moved to Duluth, Minnesota. The family returned to Chicago when Carol was twelve. She graduated from Amundsen High School and began her college education at Bethel College in St. Paul. Subsequently, Carol attended the University of Minnesota, where she received a B.S. in Elementary Education, a M.A. in Educational Psychology, and a Ph.D. in Educational Administration. Carol's professional experience included teaching in the Edina and Mounds View Public School Districts. She worked in various administrative positions in Mounds View, capping those jobs as Deputy Superintendent. Carol was appointed Superintendent of the Chaska Public Schools (now Eastern Carver County Schools), where she remained for eight years. Roseville School District then recruited and hired her as Superintendent, where she served for another eight years until her retirement in 1998. During her career, Carol was recognized often for her leadership accomplishments, including being named 'Woman of Distinction' by the Mpls./St. Paul and Twin Cities Business Monthly magazines. She was a valued mentor to emerging school administrators and an innovative practitioner, gifted in bringing discordant groups of people together to make organizational changes centered on two primary goals: improving student learning and strengthening the teaching profession. Carol exemplified collaborative leadership, encouraging parents and educators to work together in what she called a "conspiracy of love" on behalf of children. As meaningful as her professional career was, Carol's most cherished and important job was raising her two wonderful children, Lynn and David. Lynn and David remained her close confidants and beloved children, along with Jamie Wilson, David's wife. Carol was devoted to her grand children and great-grandchildren: Will Starr and his wife Ashley; Renee Starr and her husband Aaron Rice; S Ericson and Henry Ericson; Simeon, Louis, and Lena Joy Starr; and Mona Rice. Carol was a loving mother, grandmother, great-grandmother and aunt, as well as a treasured friend. Carol's unwavering kindness and encouragement supported and uplifted those who loved her. Their lives were forever enriched by her presence. May she rest in eternal peace. A private family committal will be held. Details regarding a celebration of life will follow at a later date. In lieu of flowers, please consider a gift to Roseville Area Schools Foundation at 1910 County Road B W, Roseville, MN 55113.


Published by Pioneer Press on Aug. 1, 2021.
To plant trees in memory, please visit the Sympathy Store.
MEMORIAL EVENTS
To offer your sympathy during this difficult time, you can now have memorial trees planted in a National Forest in memory of your loved one.
MAKE A DONATION
MEMORIES & CONDOLENCES
Sponsored by St Paul Pioneer Press.
4 Entries
We are so very sorry to hear of Carol´s recent passing. She was such a kind and caring person. All our best to you, Lynn & family, at this difficult time.
Mary Norton-Larson
August 17, 2021
My deepest sympathy to Carol´s family. She was an exceptional person and I am grateful to have been her colleague and friend.
Art Bruning
Work
August 11, 2021
My deepest sympathies to Lynn, David and other members of Carol Ericson's extended family. As a retired female superintendent whose career in educational administration began in the 1970's, I counted Carol among my most cherished mentors. In a time of few female role models, Carol helped me balance both career and family through her ability to listen reflectively, ask questions, and share personal experiences to help guide my decision-making. Carol was a wonderful friend and educational leader. I join the family and her many friends and former colleagues in mourning her loss.
Barbara S Devlin
August 11, 2021
It is a sad day. Dr. Ericson was a genuinely kind and supportive person to everyone she met. Many of us who had the good fortune to work with Carol looked up to her as a role model, mentor and friend. My condolences to her family members who have lost a truly amazing woman.
Sally Thomas
Work
August 1, 2021
Showing 1 - 4 of 4 results