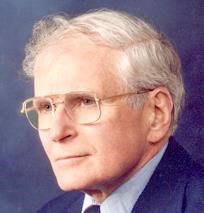 BORN
1916
DIED
2021
Innovative surgeon, medical educator, and World War II veteran died in St. Paul on April 16, 2021, just five weeks shy of his 105th birthday. Born on May 23, 1916 in Providence, RI to Harry L. and Frances Felder, he was raised in Fall River, MA, Lynn, MA, and Norwich, CT. He earned a BA at Rollins College in Winter Park, FL, receiving the 40 award for outstanding achievement, and then earned his MD from Yale Medical School in 1942. He met and married Jeanne Jones, the love of his life in 1943, just before his surgical residency at the University of Minnesota was interrupted; he was activated into the Navy and sent to the South Pacific. He was the sole medical officer responsible for the care of 9,000 soldiers on an amphibious flotilla of 35 LCI's, delivering troops into forward battle areas for 18 months. First in Borneo and then the Philippines where they participated in armada operations such as the Battle of Leyte Gulf, he received 7 battle commendations for countless rescues, evacuations, and treatment of wounded soldiers under enemy fire. The second half of his deployment launched a career in vascular surgery when he managed a 110-bed casualty unit at the US Naval Hospital in San Diego. Back in Minnesota as a resident in Owen Wangensteen's surgery department at the University, Dr. Felder's research drew the attention of Dr Robert Linton, who asked him to become a Harvard Fellow at Mass General Hospital and to start a vascular research lab. After two stimulating years in Boston, Dr. Felder, by then Head Resident, resumed his teaching at the University of Minnesota, eventually getting his PhD in Physiology while he lectured and directed academic surgery services at four large Twin City hospitals. Yet once a full professor and the only vascular surgeon in the state, he began to focus less on academic medicine and more on the direct practice of vascular surgery. He continued to do pioneering work in grafting with both peripheral and large blood vessels, repairing aortic aneurisms, for example. Even as he practiced surgery in St. Paul full time, Dr. Felder's abiding interest remained medical education on a broad scale. For ten years beginning in 1958 he single-mindedly pursued with the help of many other local physicians the creation of a medical school in Minnesota to produce family doctors especially for serving rural communities. He mobilized local leaders and intensively lobbied state and federal legislators to create federal funding for medical students which encouraged the development of medical schools at the Mayo Clinic and U of M at Duluth, but not one in St. Paul. A jazz band leader in his youth and life-long clarinetist, he was a founding trustee of the St. Paul Chamber Orchestra. His energy for civic engagement often put him in leadership positions whether at his church, hospital or professional organization. In 1990 United Hospital presented him with its Service to Humanity Award. Dr. Felder is survived by his wife of 77 years, Jeanne Jones Felder, 4 children, Nancy Felder Arons, Davitt A. Jr. (Lolita), Alison Felder Gagliardi (Paul), and Sarah J. Felder; 9 grand children and 9 great-grandchildren. A memorial service will be celebrated at a later date. In lieu of flowers, donations may be sent to Groveland Emergency Foodshelf, 1900 Nicollet Ave., Minneapolis, MN 55403 (grovelandfoodshelf.org).


Published by Pioneer Press on Apr. 20, 2021.
To plant trees in memory, please visit the Sympathy Store.
MEMORIAL EVENTS
To offer your sympathy during this difficult time, you can now have memorial trees planted in a National Forest in memory of your loved one.
MAKE A DONATION
MEMORIES & CONDOLENCES
Sponsored by St Paul Pioneer Press.
3 Entries
It was my honor to work with Dr. Felder at the old Miller Hospital in Saint Paul; he was an incredible surgeon; his patients on who he performed vein leg surgery all came out looking like Betty Grable!! He always requested me to assist him in the OR, and we became fast friends, he had a great sense of humor and always held my utmost respect as a Doctor and as a human being. There was only one Davitt Felder, and there will never be another. My prayers go out to the family of this great man.
Philip Chadwick Arendahl MN
April 24, 2021
Sending condolences from the Tom Radkey family (Ray and Neoma) in Beldenville Wi
Tom Radkey
April 24, 2021
Dear Jeanne and Sarah: I am sorry to read of Davitt´s passing. It was always my pleasure to see him at the St. Paul Tennis Club. I am so impressed by all of his accomplishments. He was always so polite and dignified when I interacted with him. My thoughts are with you. Michael Braman
Michael Braman
April 20, 2021
Showing 1 - 3 of 3 results