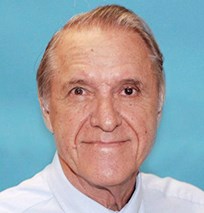 BORN
1923
DIED
2021
Age 98, of Minneapolis Passed away September 4, 2021. He was loved and respected by many and will be truly missed by all who knew him.  Doug was born to Arthur and Eva Barr August 13, 1923, grew up on a family farm in Wood Lake, MN, excelled in studies and sports in his small-town high school and then went on to Harvard. After only one year there, WWII broke out and he enlisted in the Army Air Corps, studied Meteorology at University of Chicago and University of Wisconsin, after which he was stationed in the Pacific theater, forecasting weather for the planes and the crews flying missions there.  He returned to Minneapolis, graduated with a Bachelors in Civil Engineering, and a Masters in Hydrology from the University of Minnesota. He met Sue-Marie Schreiber, a smart cookie herself, at a church dance and they were married in 1947. He worked as a Civil Engineer for several government agencies in MN and IA, designing and improving community water systems. He had an ambitious, independent streak and convinced Adolf Meyer, the leading hydrologist in Minneapolis, to bring him in as an associate. In 1953, Doug started an engineering consulting firm. The company grew and he formed Barr Engineering Co. as an employee-owned corporation. From its initial focus on hydrology and water management, Barr Engineering has become awarded and acclaimed experts in many fields. The company culture at Barr Engineering was based on Doug's free-form thinking that every employee could work as if they were a consultant and manage their own time. His innovative approach and warm, welcoming nature helped make Barr Engineering an engaging and rewarding place to work. The company has grown to 10 offices in the U.S. and Canada, with over 900 employees. In addition to innumerable awards earned by Barr Engineering, Doug was recognized with many awards, including the Minnesota Society of Professional Engineers' Engineer of the Year (1989) and the University of Minnesota Regents' Outstanding Achievement Award (2010).  Doug had a strong work ethic but also gave back to the community as a mentor for students at U of M Engineering college and as an active member of several engineering professional societies. He valued physical health and ran two miles every day, even through MN winters, until into his 90's. He was an Eagle Scout, played pick-up basketball with men less than half his age into his 80's, loved canoe trips in the Boundary Waters and enjoyed sailing on Lake Harriet. He had a soft spot for Verdi operas, enjoyed ballroom dancing, and sang bass in the Lake Harriet Methodist Church choir. He was very much a family man; Sue-Marie was his heart and soul for 54 years until her death. Later he met his wonderful second wife Janet Kramer, a writer. He and Janet enjoyed traveling throughout the world his last 18 years. Preceded in death by Sue-Marie (Schreiber) Barr, siblings Jean Johnson, Dorothy Webb, Wayne Barr, his granddaughter Nydia Ruscio, niece Janet Holmquist and nephews Bret and Peter Kip Schreiber. Survived by wife Janet Kramer-Barr, children Kelton (Shari), David (Patty), and Ginni Barr-Ruscio (Michael), sister Barbara Bigwood, sister-in-law Toby Schreiber, grandchildren Anitsa, Alex, Nathan, Jenna, Jackson, and Cooper, eight great-grandchildren, twelve nieces and nephews; as well as his step-children and grandchildren by Janet.  A Memorial Service for Doug will be held at 3 PM on Saturday October 16 at Lake Harriet United Methodist Church, 4901 Chowen Ave S, Minneapolis. Due to Covid-19 restrictions, in-person attendance will be limited and live streaming will be available. Information on the service will be available at https://lakeharriet umc.org/calendar/. In lieu of flowers, contributions are suggested to the University of Minnesota Department of Civil, Environmental, and Geo- Engineering's Doug Barr Student Research Scholarship https://cse.umn. edu/cege/undergraduate-scholarships-awards-and-support-funds. All who knew him can be certain that even now he is making the angels smile with his impromptu puns. We'll miss you, Doug.