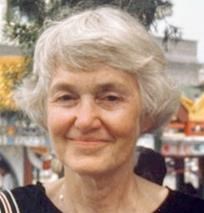 BORN
1920
DIED
2021
was born on September 20, 1920 and died on January 5, 2021, peacefully under Hospice care at the age of one hundred. She grew up in Portland, Oregon, and attended the University of Oregon for her Bachelor's Degree, and later, Syracuse University in New York State where she was awarded a Master of Arts. During WWII, Elizabeth served in SPARS, the women's division of the Coast Guard. She married B. Warner Shippee in 1952. Together they had three children: Susan Clark Shippee, David Atwater Shippee and Douglas Cowan Shippee. Elizabeth and Warner raised their family in St. Paul, Minnesota where they were both active in the Unity Unitarian Church. Elizabeth worked for many years at Metro State University as Dean of Advising, Assistant to the President, and finally, Acting Vice-President. She was tireless in her work for social justice, volunteering for the United Way, Planned Parenthood and Parents for Integrated Education. She was an early and ardent advocate for the Equal Rights Amendment. In 1985, she traveled to Nairobi, Kenya to attend the World Conference on Women as part of the delegation from the Women's International League for Peace and Freedom. Throughout her life, Elizabeth was a mentor, a role model and an advocate for many professional women. At home and in the workplace, she was always ready to welcome and encourage, to advise and support, and did so with humility, a wealth of experience and a ready laugh. One of her favorite places was Star Island in Cass Lake, Minnesota where she summered with her family. There, for over sixty years, she visited with friends and neighbors, hiked the island's trails, kept a keen eye out for eagle nests, swam, and enjoyed the natural beauty of the island. Elizabeth's 100th birthday party was celebrated with style and social distancing under a clear blue Minnesota sky. She was surrounded by family and dear friends both in person and virtually. Well-wishers formed a car parade, giving cards and balloons and enjoying a piece of birthday cake, while Elizabeth waved and smiled. Elizabeth's optimism never failed her even in her last weeks. She will be deeply missed by her family and friends, to whom she gave so much. The family requests that memorial gifts go to The University of Minnesota Foundation (David Donhowe Shippee Memorial Scholarship) or The Women's International League for Peace and Freedom.


Published by Pioneer Press on Feb. 7, 2021.
To plant trees in memory, please visit the Sympathy Store.
MEMORIAL EVENTS
To offer your sympathy during this difficult time, you can now have memorial trees planted in a National Forest in memory of your loved one.
MAKE A DONATION
MEMORIES & CONDOLENCES
Sponsored by St Paul Pioneer Press.
7 Entries
The Zander family will miss Elizabeth very much. She was a wonderful friend to me and an excellent mother to Susan, Dave and Dougie. She was an interested and present friend to my mother for many, many years. My life is much richer because of her warmth and intelligence and kindness. Dave Zander
David Zander
Friend
July 28, 2021
My sympathy to family and friends. Elizabeth has been a positive force in so many ways. I suppose I've known her from the 1960s - Star Island. Unity UU Church, League of Women Voters, and Metro State University. Her welcoming manner has penetrated wherever she went or lived. I miss her presence here.
Joanne A. Englund
February 14, 2021
I first met Elizabeth when she helped me return to college at Metropolitan State. We were both interested in women´s issues.when I joined the faculty and became Director of Women Services she was a major supporter. Her calm, wisdom and warm smile enhanced meetings and projects at Metro and at Unity Unitarian. After retirement she became a pillar and major sustainer of WILPF, the Women´s International League of Peace And Freedom. No job was too big or small for her attention. Elizabeth´s long life enriched all she encountered - family, students, colleagues, friends. A life well lived!
Terri Hawthorne
February 12, 2021
I worked for and with Elizabeth at Metro State. She was also one of my first instructors when I was a student there. She was always my model of a strong, forward-moving, charismatic person. She will be missed and remembered.
Shelley Hunt
February 10, 2021
I am so glad this was posted. I had lost touch with Elizabeth but I knew her for many years. First, in 1972 when she co taught a class about Social Justice to middle class women so they could influence their husbands and they could make change that way! We remained friends and in 1995 we traveled together to Beijing and shared a room at the 4th World Conference on Women. She was such a wonderful person and I am so glad she was in my life. My condolences to the family. She had much love and beauty and much loss in her life. I feel lucky that I got to know her.
Aviva. Breen
February 9, 2021
I have known Elizabeth for over 2 decades. I so enjoyed all of our interactions and wide-ranging discussions, she was always so positive and had such a lovely disposition. I will really miss seeing her.
Dr. Mitchell Blatt
February 9, 2021
Elizabeth was a dear friend for so many years. First at Metropolitan State University and then after her retirement we spent many hours together working on projects and for causes we both believed in helping however we could. She had a quick wit and enjoyed a good laugh. We were together in Kenya for the UN Decade of Women conference in 1985. I talked to her on the phone in her last days and we had some laughs even though she was ill. She will be missed by so many.
Beverly Ferguson
February 8, 2021
Showing 1 - 7 of 7 results