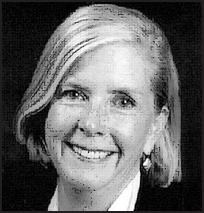 Daughter of Mary Elizabeth "Betty" Andersen Hulings and A.D. "Bill" Hulings, died peacefully on Maundy Thursday, March 29, 2018, in Florida, surrounded by her loving family. She was 73. Martha grew up in Bayport, Minnesota, on "the Point" on the banks of the St. Croix River where she acquired her love of nature, water, quiet listening, and connecting to place. As a child she spent summers with her family on Sand Island, one of the many Apostle Islands on the south shore of Lake Superior, a practice she continued with her own children and grandchildren. Martha also loved the Mississippi near her adult home in Saint Paul, and the waters off of Captiva Island in Florida where she and her husband Art spent part of every winter. Because of the many guests her parents hosted at their summer retreat on Sand Island, Martha and her sister Mary mastered the skills of cooking and gracious entertaining. These skills, and Martha's love of bringing people together over good food, led to her becoming co-founder and ultimately owner of Cooks of Crocus Hill, a gourmet cooking school and kitchen shop on Grand Avenue in Saint Paul. She led Cooks as a successful entrepreneur for over 35 years, helping to introduce the Twin Cities to the delights of fine food. As her pastor observed, "Martha's life was lived in a way that prepared a table for others." To her family, her quietly faithful habit of bringing them together to break bread reflected not only her great love for those around her, but her constant thoughtfulness for those who went without. Music and singing were an integral part of Martha's life, and she and Art sang in their church choir, attended concerts and supported many musicians and ensembles in a wide range of creative endeavors, including groups such as Vocalessence and the St. Paul Chamber Orchestra. She loved visual art and was especially proud of her two artist children. Martha also served on the Boards of both the Weisman Art Museum and the Walker Art Center. Martha's curiosity and desire to learn never flagged. She studied and loved history, often remarking on the contemporary repercussions of ignoring lessons from the past. Martha was also an expert in non-profit governance, and her wisdom and level-thinking made her a highly-respected and sought-after Board member for a number of major Twin Cities organizations, including the Minnesota Historical Society, Carleton College, the Minnesota Opera, Saint Paul Academy and Summit School, the Science Museum of Minnesota, TPT, and Planned Parenthood. In addition to serving on the Executive Committee for the Historical Society, she was actively involved in reviewing proposals from sites across the state seeking historic designation, a process she loved. Preservation, honoring the past, and giving back were some of her most cherished values. As a graduate of Carleton College, an active alumna, parent, and Trustee, Martha was involved in planning, recruiting, celebrating, fundraising, and in virtually everything that happened at Carleton since she first stepped foot on campus her freshman year. She met her husband of 50 years Arthur W. Kaemmer at Carleton, and they were married in 1967. Although she graduated with a degree in History, Martha briefly worked as a 'Kelly Girl' to help support the future pediatrician to complete medical school. She always joked that she made a terrible secretary, especially since she hated typing. When he learned of Martha's death, current Carleton President Steve Poskanzer wrote, "She was perhaps the wisest College trustee I have ever worked with and learned from and, quite simply, one of the finest people I have ever known." Former Carleton President Stephen Lewis also shared that Martha "was truly among the most humble, gracious, generous, and most beautiful souls in this world." Great-great granddaughter of Hans Jacob Andersen, founder of the Andersen Window Corporation, Martha is survived by her husband Art; her sister Mary Hulings Rice of Bayfield, WI; her children Fred C. Kaemmer (Kate Tilney) and Julia L. Kaemmer (Olivier Vrambout); grandchildren Gracie and Lela Tilney-Kaemmer, and Luca and Zora Hynnek; and her favorite aunt, Alice Hulings of Centennial, CO. A celebration of her life will be held at a date to be announced later. Gifts in her memory may be made to Olivet Congregational/UCC Church in St. Paul, MN, or to Carleton College.


Published by Pioneer Press from Apr. 9 to Apr. 15, 2018.
To plant trees in memory, please visit our Sympathy Store.
MEMORIAL EVENTS
To offer your sympathy during this difficult time, you can now have memorial trees planted in a National Forest in memory of your loved one.
MAKE A DONATION
MEMORIES & CONDOLENCES
Sponsored by St Paul Pioneer Press.
14 Entries
Martha's quiet grace always made room for everyone at "the table," just as her pastor said. We were lucky to know her.
Don and Ellen Ljung
Friend
April 17, 2018
Martha Kaemmer was my boss and co-managing partner for over 20 Years. I have no recollection of a single harsh word, frustrating feeling or disagreement. She was always looking for what was best for the extended family starting from three generations that proceeded hers and including her sister's family. She was never focused on what was best for her. A remarkable person and a life lived well.
Rodney Wilson
Coworker
April 13, 2018
Martha, like her sister Mary Hulings Rice of Bayfield, was a warm, generous woman who was a role model for her family, friends and community. She leaves a legacy that will always be remembered. Robin T and Gary Russell
robin trinko russell
Acquaintance
April 13, 2018
Sung Chang
Friend
April 12, 2018
My words cannot fully express the sorrow I feel after Martha's death. Our beloved sweet, soft spoken, kind, wife,Mom, Grandma, and a friend to many. May you ever treasure the wonderful times you had together. My prayers are with you and the whole family. God bless.
Goretti Nakayondo
Friend
April 12, 2018
A beautiful soul,gone too soon.
Emilly Sammy-Thompson
April 11, 2018
Heartfelt condolences.
Jim & Merrie Stolpestad
April 11, 2018
I am so saddened by Marthas passing. We on Sand Island truly love her and are diminished by her loss. Sending thoughts of strength and peace for you all.
Kristy Jensch
Friend
April 9, 2018
My heart go out to each and every one of you. So so sorry for your loss, lots of hugs!
Margaret Erickson
Friend
April 9, 2018
Martha was special to so many of us who knew her on Sand Island during our younger years. The Point on Sand Island wont be the same knowing we wont see her there again. Condolences to Art, Julia and Fred. Special condolences to her sister Mary.
Bob Dahl
Friend
April 9, 2018
A beautiful soul who left us with more beauty.
Doug Erickson
Friend
April 9, 2018
Beverly Ferguson
April 9, 2018
Dear Art and family,

Throughout all the years of singing in the choir at Mt. Olivet I experienced Martha's kindness, generosity of spirit, and humbleness. She was always approachable and I admired that about her.

You are all being thought of and prayed for as you move through this loss. My heart goes out to each and every one of you.