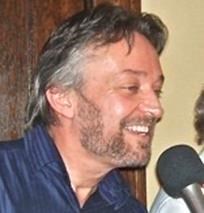 BORN
1953
DIED
2021
FUNERAL HOME
Kozlak-Radulovich Funeral Chapel - Blaine Chapel
1385 107th Ave. NE
Blaine, MN
was born on September 23, 1953 in Mankato, MN and died tragically at the hands of another on June 12, 2021 near the home he loved in Brooklyn Park, MN. He was the youngest child of Frank and Margaret Pfeifer. He graduated from Mankato High School in 1971, and was very much looking forward to his 50th class reunion coming up in October. With the intention of building a family, Paul received a certificate in accounting from Mankato Technical School in 1973. At age 20 he married, and soon realized his dream of becoming a father. Paul was able to purchase his first home at the age of 23. Paul's 40-year career in financial services began at Norwest Bank in Mankato, MN and he spent the last 12 years as a key member of the TruStone Financial Federal Credit Union team in the Twin Cities. He was planning to retire this summer. Paul was intentional about fostering good relationships at work and, throughout his banking career, made cherished lifelong friends who he considered family - so much so that they also became lifelong friends to his husband Joseph. Outside of work, Paul was a pianist and singer, and often shared his musical gifts. In the early '80s he began volunteering in music ministry with the Catholic Church, eventually joining the music staff. He rejoiced in the role and held this music close to his heart, using it as meditation later in his life. During this time, Paul also became active with Merely Players, a community theater in Mankato. He found that singing, dancing, and making people laugh filled his soul. Both at church and in theater, Paul made cherished lifelong friends who he considered family - so much so that they also became lifelong friends to his husband Joseph. Paul married Joseph St. James on May 28, 2005 at Olivet Congregational Church in St. Paul, in front of 170 people. He and Joseph both referred to this day as the happiest day of their lives. Paul had the patience of a saint and would do anything for any living creature, big or small. His humor was always brilliantly placed and his heart was huge. But happiness was not always present for Paul. He suffered from bipolar disorder. But Paul took on this disease with intention, fought it and won, surrounded by many loving people, and especially supported by his three nephews, Jon, Neil and Tom Jones. They loved and protected Paul, helping to make sad days fun. Although they were family, Paul cherished them as lifelong friends - so much so that they also became lifelong family to his husband Joseph. Paul was proceeded in death by his parents; his brothers Marc and Franz Pfeifer; and beloved sisters-in-law Barb Pfeifer and Kathleen Weiler. He is survived by his forever grateful husband Joseph Pfeifer St. James; his sister Phyllis Pokorny (Roger); his beloved nephews and their families Jon (Shelly) Jones, Neil (Nancy) Jones, Tom (Margaret) Jones, and their children. Sisters and brothers-in-law Rebecca (Kevin) Voelz, Vicki (Don) Plantenberg, Nancy (Craig) Violante, Paul (LeAnn) Mansour and Mary (Marie Saraga) Mansour; many loving nieces, nephews, cousins and cousins-in-law. In addition, he is survived by his nieces Jayne Wolle, Mary Pfeifer and Michelle Jones; his son Daniel (Anita); Pfeifer daughters Laura (Dimitris) Vardoulakis and Emily (Andrew) Neubarth and his 6 grandchildren. In honor of Paul, please live by his motto, "I choose love not hate." In celebration of his life, you are invited to wear his favorite color, orange, to the funeral. In lieu of flowers please consider making a donation to the Trevor Project (thetrevorproject.org) or Suicide Awareness Voices of Education ( save.org ) Visitation Friday June 25th 4-8 PM at KOZLAK-RADULOVICH BLAINE CHAPEL (107th Ave. NE & Hwy 65, Blaine, MN). Visitation also one hour prior to the Mass of Christian Burial Saturday, June 26th 10:00 AM at CHURCH OF THE RISEN SAVIOR (1501 County Rd 42, Burnsville, MN). Interment Resurrection Cemetery. The Mass will be Livestreamed. A link can be found at the following website: www.kozlakradulovich.com "A Celebration of Life" 763-783-1100


Published by Pioneer Press from Jun. 15 to Jun. 20, 2021.
To plant trees in memory, please visit the Sympathy Store.
MEMORIAL EVENTS
Jun
25
Visitation
4:00p.m. - 8:00p.m.
Kozlak-Radulovich Funeral Chapel - Blaine Chapel
1385 107th Ave. NE, Blaine, MN
Jun
26
Visitation
9:00a.m. - 10:00a.m.
CHURCH OF THE RISEN SAVIOR
1501 County Rd 42, Burnsville, MN
Jun
26
Mass of Christian Burial
10:00a.m.
CHURCH OF THE RISEN SAVIOR
1501 County Rd 42, Burnsville, MN
Funeral services provided by:
Kozlak-Radulovich Funeral Chapel - Blaine Chapel
MAKE A DONATION
MEMORIES & CONDOLENCES
Sponsored by St Paul Pioneer Press.
3 Entries
Joseph, I am so sorry for your loss. I so enjoyed working with Paul at TruStone and enjoyed your company at the holiday parties. I was not able to attend the services due to my daughter's rehearsal dinner/wedding. I have made a donation to the Trevor Project in his name. I wish you peace, healing and love.
Patty Reuter
Work
July 2, 2021
Joseph, I am so sorry for your loss. I remember Paul visiting you at St. John's while you were working. Your wedding was the happiest, most joy filled, musical wedding I have ever been to. You both greeted us at the door and thanked us for coming. I will always remember that. You were blessed by having each other in your lives. Please be good to yourself as you somehow heal from this terrible loss and God be with you.
Diane Peltzer
Work
June 28, 2021
you don't know what you've got till it's gone. and now he's gone. and it's too late to appreciate the opportunity I had. rest in peace, and sing your songs. And thanks for entering my life. You will never be forgotten. I choose love - in your memory.
Rainbow Bill
Friend
June 20, 2021
Showing 1 - 3 of 3 results