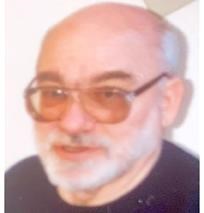 BORN
1927
DIED
2021
Age 93 Died on January 9, 2021, St. Paul Our dearly loved Ted was born on September 27, 1927, in Warsaw, Poland. Only 11 years old when Germany invaded Poland, Ted soon joined the Polish underground resistance (Home Army, Kedyw KG AK, Miotla Battalion, Jerzyki Platoon, nom de guerre Konrad), fighting valiantly throughout the war. His participation in the Warsaw Uprising in 1944 led to his imprisonment in a German POW camp shortly after his 17th birthday. In 1945 Ted was awarded the Virtuti Militari by the Commander in Chief of the Home Army, leader of the Warsaw Uprising. The Virtuti Militari is Poland's highest military decoration for heroism and courage in the face of the enemy at war, recognizing and rewarding outstanding military valor above and beyond the call of duty. After the war Ted eventually settled in London. He first met Jacqueline, his wife-to-be, in Dublin at a mutual friend's apartment, where they had both taken refuge from the rain. The next day Ted proposed to Jacqueline, and they married in 1952. Ted earned his B.A. with a First at University College Dublin and went on to study at England's University of Cambridge. Ted and Jacqueline immigrated to the US in 1954, first settling in Boston and then moving to St. Paul. Ted taught in the Department of Psychology at St. Thomas College (now the University of St. Thomas), retiring at age 62. Eventually specializing in the diagnosis and treatment of chemical addictions, Ted also worked at a variety of treatment centers, including the Hazeldon Foundation. Displaying the same commitment to justice that he exhibited during WWII, Ted was extremely active in the Civil Rights movement, lecturing, writing and appearing on television. He also participated in the march from Selma to Montgomery, Alabama in 1965. Ted loved spending time with his family outdoors, sailing, hunting, cross country skiing, skating, camping, fishing and spending weekends at his island on Lake Vermilion. Later in life he became an avid swimmer and bicyclist. A lifelong scholar, Ted read voraciously on a wide variety of topics. Preceded in death by his parents Mieczyslaw and Stefania (nee Sajnog) Gierymski. Survived by his wife Jacqueline, children Ian, Christopher and Barbara (Peter); grandchildren Lucy (Kyle), James and Michael (Julie); and great-grandchild Claire. Ted is loved deeply by his family and will be sorely missed. Interment Resurrection Cemetery.

To plant trees in memory, please visit our Sympathy Store.
Published by Pioneer Press on Jan. 17, 2021.
MEMORIAL EVENTS
No memorial events are currently scheduled.
To offer your sympathy during this difficult time, you can now have memorial trees planted in a National Forest in memory of your loved one.
Funeral services provided by:
Willwerscheid Funeral Home
GUEST BOOK
2 Entries
My heartfelt sympathy to Jacqueline and family. Tad was a welcoming and kind colleague over the years. He was not shy about sharing his views and always was interested in a variety of subjects. He was often amusing. And I appreciated his thoughtful questions about history. Rest in the peace of Christ, Tad.
Anne Klejment
February 16, 2021
I knew Prof Gierymski from Psychology 101 at St. Thomas College....a superb teacher, and with a wit that would have won him a standup comedian award. His humor also contained wisdom. He made us think a problem through. After class, we joined in with his experiment of "visualizing," with our eyes closed, tossing a wad of paper over his office door transom into a wastebasket on the other side. Visualizing first multiple times blindfolded resulted in far better "wads in the basket." His unique Polish smile added to our lesson learned. I'll never forget him. God bless great teachers. He was one!
Tom King
January 17, 2021