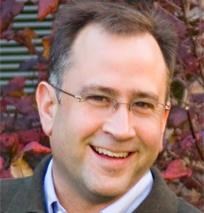 BORN
1967
DIED
2020
Died Thursday, July 30th, 2020 at his summer cabin on Lake Washburn in Outing, Minnesota, the place that brought him great joy and happiness. Born September 28, 1967 in Minneapolis, Minnesota, Ted was the youngest of six children. He is deeply missed by his family; son, Carl Johnson; sisters, Gail Jauron of Swampscott, MA; Susan Barry of Beverly, MA, Barbara "Bobbie" of Burnsville, MN and his brother Craig of Hallendale, FL. He is preceded in death by his parents, Robert and Geraldine Johnson; and his brother, David Johnson. Beyond his immediate family, there are extended family and scores of friends all over the country and world shocked and saddened by Ted's sudden death; from cousins in Arizona to Shattuck St. Mary's where he attended boarding school to Hamilton College in upstate New York to work colleagues the world over as he worked and lived in Germany, Austria, London, and Sweden (he was fluent in German, Spanish and Swedish) in addition to Edina where he most recently resided. Ted was first and foremost a devoted father to his son Carl, relishing every minute in that role on the sidelines of soccer games, attending school activities, fishing at Lake Washburn and teaching Carl the fine art of fileting a Walleye or Northern Pike. While being a CPA and Corporate Controller professionally, personally he was a passionate environmentalist and sat on the board of the Lake Washburn Association chairing the AIS (Aquatic Invasive Species) Committee. He could be found scuba diving in Lake Washburn in search of Water Milfoil, meeting with lake residents to inform and educate property owners regarding identification of AIS or helping build Loon nesting platforms. He also sat on the board of the Minnesota Lakes and Rivers Advocates working to protect the lakes and environment for future generations. Those who wish to make gifts in Ted's memory might consider The Lake Washburn Association, IAS Fund. C/O Lake Washburn Association, PO Box 26, Outing, MN 56662. There will be a service in celebration of Ted's life at a later date when such gatherings are allowed. www.GILLBROTHERS.com MINNEAPOLIS, MN 612-861-6088

To plant trees in memory, please visit our Sympathy Store.
Published by Pioneer Press on Aug. 5, 2020.
MEMORIAL EVENTS
No memorial events are currently scheduled.
To offer your sympathy during this difficult time, you can now have memorial trees planted in a National Forest in memory of your loved one.
Funeral services provided by:
Gill Brothers Funeral Directors
GUEST BOOK
1 Entry
Thanks for all Ted. Rest in peace.
Michael Bergm&#252;ller
Coworker
August 7, 2020