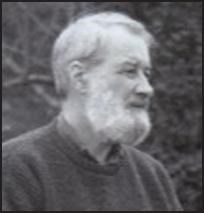 BORN
1935
DIED
2018
FUNERAL HOME
Sandberg Funeral Home
2593 E. 7th Avenue
North St. Paul, MN
Age 83 Of Stillwater passed away on March 31 of complications of Parkinson's Disease. He was preceded in death by brothers, Charles and James and daughter Margaret Mary. He is survived by his loving wife of 37 years, Karen; by children Felicity, Thomas Noah, Cecilia (Jon Moler), David (Anna); granddaughters Fiona and Lydia Moler; and by sister, Carol (Moe) Powers. Tom was born in 1935 in Watertown, NY to James and Margaret (Harrigan) Loome on March 7, the traditional feast day of St. Thomas Aquinas, patron of teachers. Upon the death of his mother when he was 9, and with his father overseas during WWII, Tom settled with relatives in Boston, and later moved to California with his father and sister. He attended the Christian Brothers' high school and college (St. Mary's) in Moraga, CA and entered the Christian Brothers order in 1952. Tom taught high school before moving to Germany in 1968 where he earned his Doctorate in Theology at the University of Tübingen. Upon his return to the US in 1976, he left the Christian Brothers and taught college, first at St. Mary's, followed by St. Anselm College in Manchester, NH and the College of St. Catherine in St. Paul. Tom and Karen met at St. Anselm's and later moved to Minnesota. Tom is most known for the bookstore he and Karen established, Loome Theological Booksellers, in Stillwater MN. This became the largest second-hand bookstore specializing in works of theology and philosophy in North America. Tom was active at St. Michael's Catholic Church in Stillwater, where he taught adult Catechism and other courses for many years. With Karen, he founded the Stillwater Catholic Worker Community in 2000. He was also dedicated to the pro-life cause, and was a vital part of the St. Croix Valley Life Care Center. Tom will be deeply missed by his wife and children, other family members, and by his many friends. A Mass of Christian Burial will be held at St. Michael's Catholic Church, 611 South Third St., Stillwater at 11:00 am on Friday, April 6, preceded by visitation beginning at 10:00. The wake will be held on Thursday, April 5, at The Old Swedish Church, former home of Loome Theological Booksellers, 320 N. Fourth St., Stillwater, from 4:00 to 7:00pm. (Dress warmly). Memorials are preferred to the Stillwater Catholic Worker Community or to the Loome family, and can be sent to 522 Maple St. W., Stillwater, MN 55082. 651-777-2600 sandbergfuneralhome.com