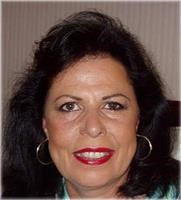 BORN
1945
DIED
2021
ABOUT
Tennyson High School
Carol Alexis Evans passed away from pneumonia in Henderson, Nevada, on Sunday, Sept. 12, 2021, at the age of 75. Carol was a beloved wife, mother, grandmother, great-grandmother, sister and friend.
Carol was born on Dec. 23, 1945, in Hayward, California. She grew up in Hayward and went to Tennyson High School. She married Ron Evans in 1962 and had two sons. Carol went on to attend cosmetology school in the Bay Area. She began her career in a hair salon in Hayward. She then moved to Sonora in the late '80s where she opened another hair salon, The Cutting Room, which she owned and operated until 1996.
In August of 1996, she met David Polanco, who would become her life partner and husband of 25 years until her death. They would travel extensively, and their favorite place was the Hawaiian Islands where they traveled annually. Carol began another business in 2001. A coffee shop called "Hava Java." She loved the interaction with customers and had many friends. She had the personality that everyone loved. Aside from traveling together, Carol and David would enjoy their extended family of four children, 14 grandchildren, four great-grandchildren and a multitude of friends.
Carol loved to be involved with the communities of Columbia and Sonora. She and David would volunteer at Sierra Repertory Theater, opening their home to housing the actors. They had many wonderful interactions with the casts of the many shows that were performed at both theaters. Carol was also involved with the Columbia Chamber of Commerce and volunteered many hours to its service. She was also extensively involved with the Sonora Elks Lodge #1587 for a number of years.
After five years of owning Hava Java, Carol took a break from work, but after three years she got bored, and she decided to open another business, Columbia Frosty, from 2008 to 2010. Again, she was able to interact with the many customers and friends she so loved.
She was also involved indirectly with the Sonora 49er Rotary Club, since David was a longtime member, and she would help when volunteers were needed.
All the while, with all the community involvement, Carol and David had their little farm in Springfield Estates, where they had many farm animals. Louise, an Alpaca, was Carol's favorite.
Carol's passions were her grandchildren, traveling to Hawaii, visiting her friends, and flying from place to place in "Little Cessna".
Carol is survived by her husband, David Polanco; her brothers, Victor Demarest, Harris Shotwell and Stephen Fernandez; stepmother Lorraine Demarest; four children; 14 grandchildren; four great-grandchildren; and 22 nieces and nephews.
There will be a private family celebration of life held in California and Hawaii. In lieu of flowers, tree, or card donations, please make a donation in Carol Evans' name to the Tunnel 2 Towers Foundation at Tunnel2Towers.org/Donate, or call (718) 987-1931. To leave condolences and memories, go to uniondemocrat.com obituary page.
Published by Sonora Union Democrat from Oct. 22 to Oct. 23, 2021.
MEMORIES & CONDOLENCES
43 Entries 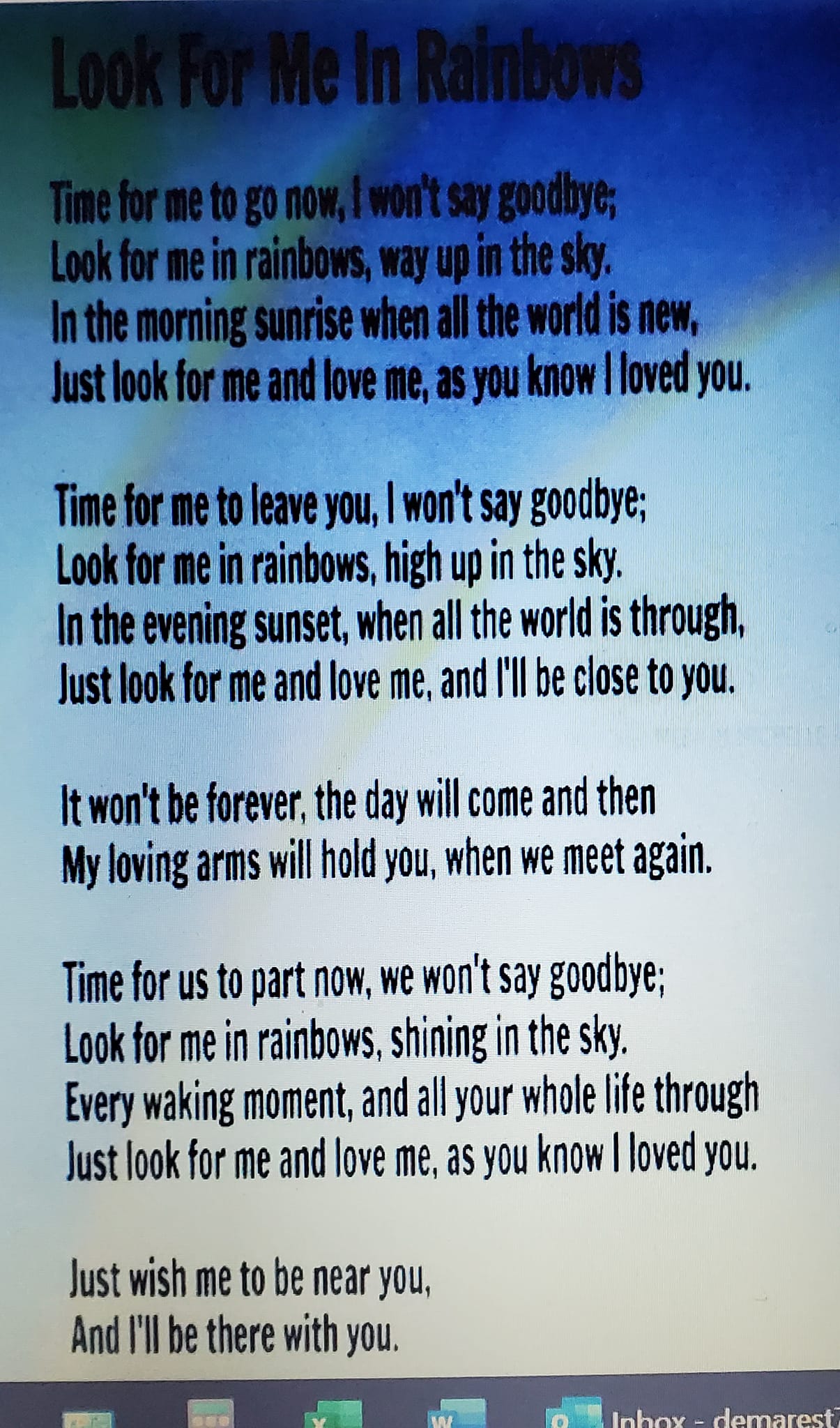 On the day that Carol passed we went outside and saw a Double Rainbow. A Double Rainbow is coinsidered a symbol of Transformation and is a sign of good Fortune. The first Arc represents the Material World and the second Arc signifies the spiritual realm. We experienced the Material and the Spiritual worlds that day and will always remember Carol when we see Double Rainbows! The picture below is the poem that was read at her Celebration of Life with the song that went with it.
Vic and Helen and Lorraine Demarest
Family
December 28, 2021 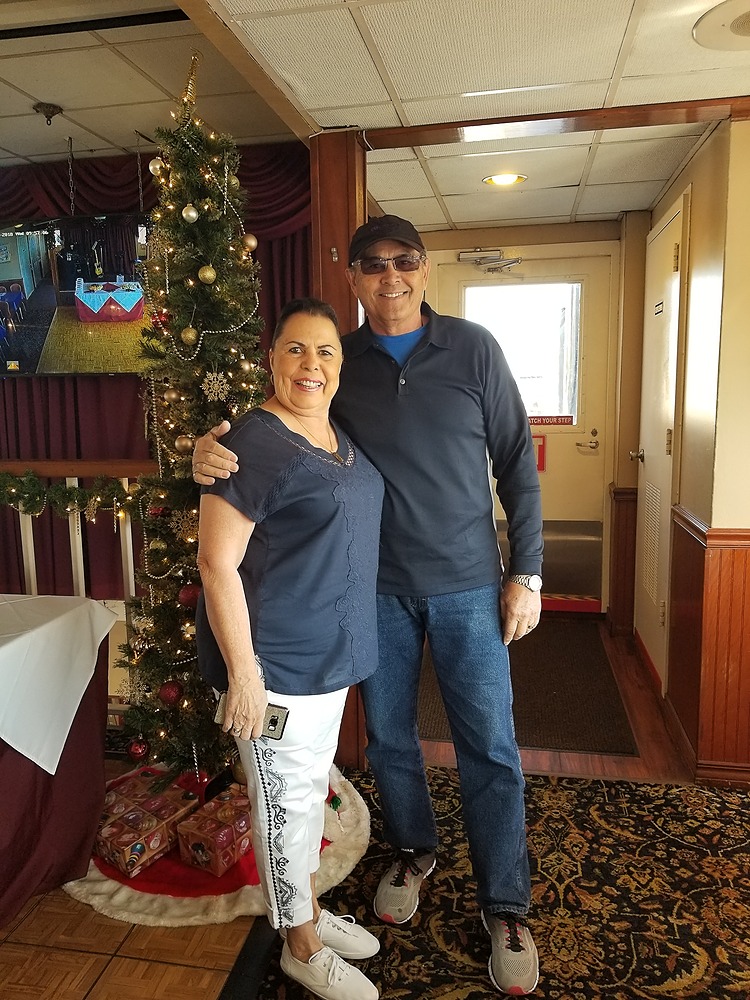 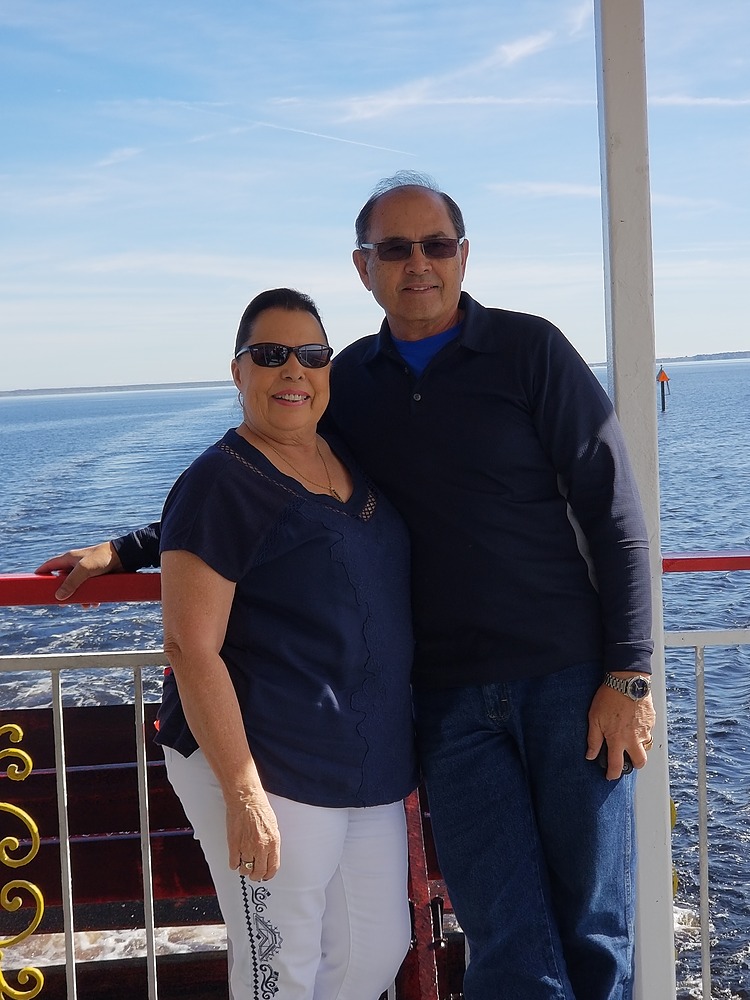 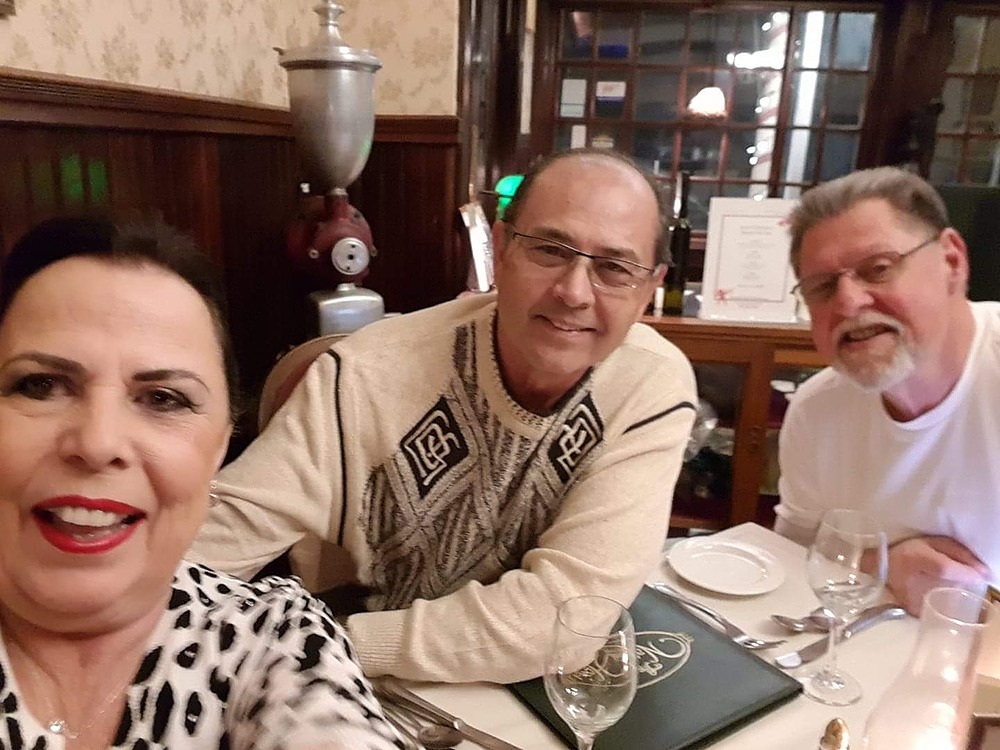 Roger and Vickie Milligan
November 14, 2021
Carol our dear Friend, you are going to be missed sooo much! There is a whole in our Hearts, but not vacant as you will ALWAYS be in our hearts! You and David were more than Friends, you guys are our Family! There are way too many times we spent together to mention but each is a Memory that will always be cherished. We know you are more than Happy and Safe in the arms of our Beloved Lord and Savior! So until we see each other again, Rest In Peace our Very Dearest and Beloved Friend! We Love and Miss You So!
Roger and Vickie Milligan
November 14, 2021 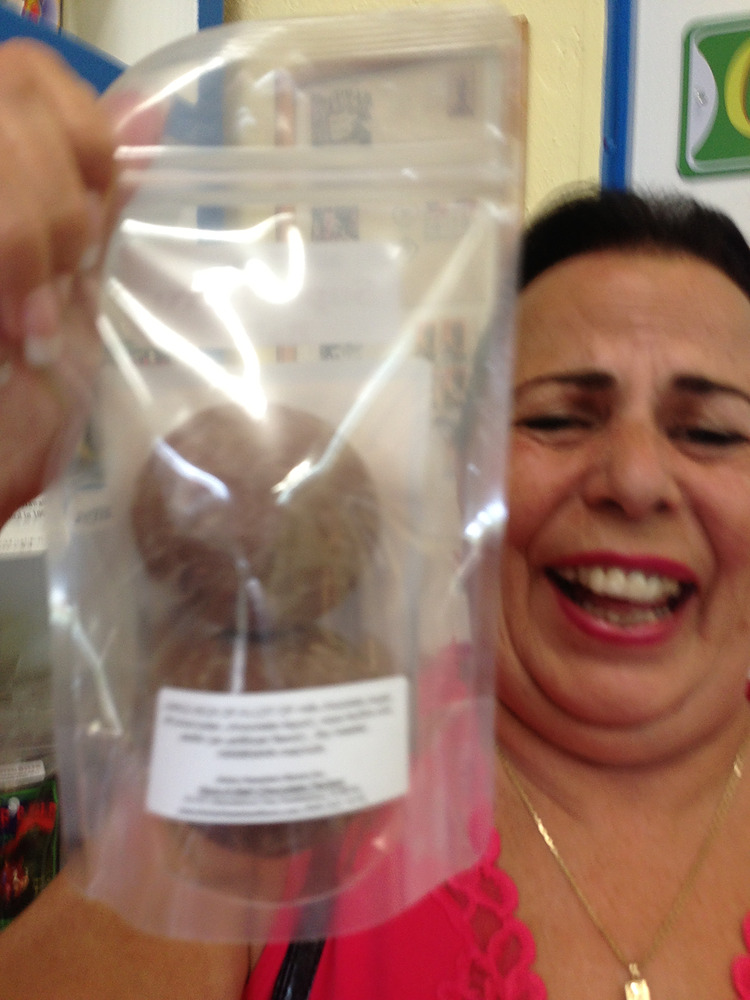 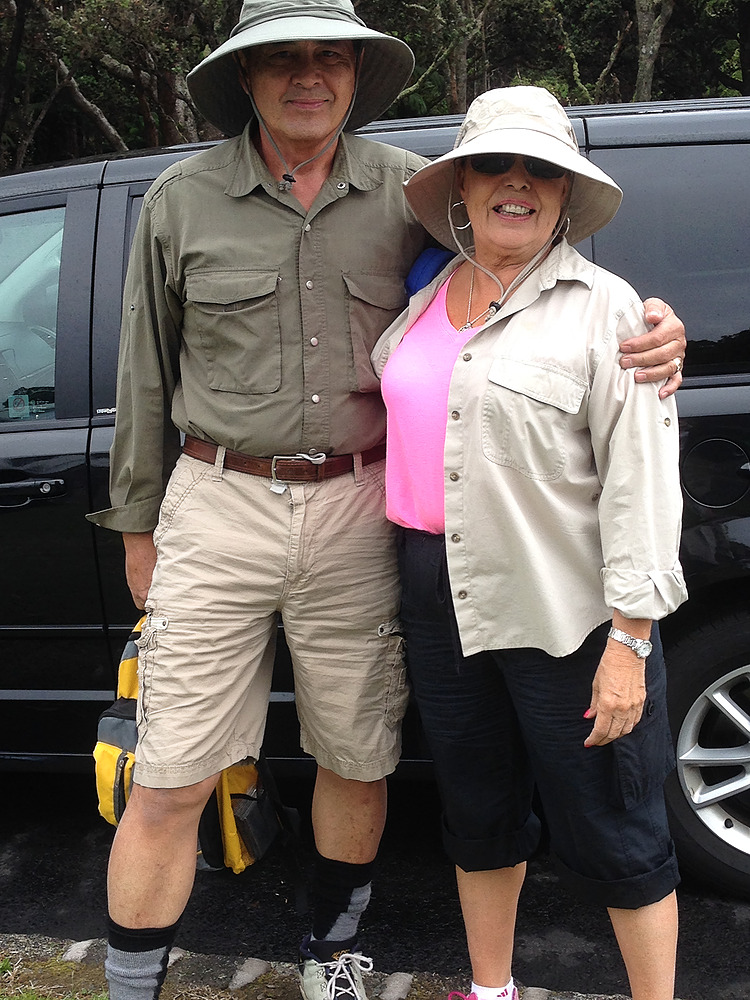 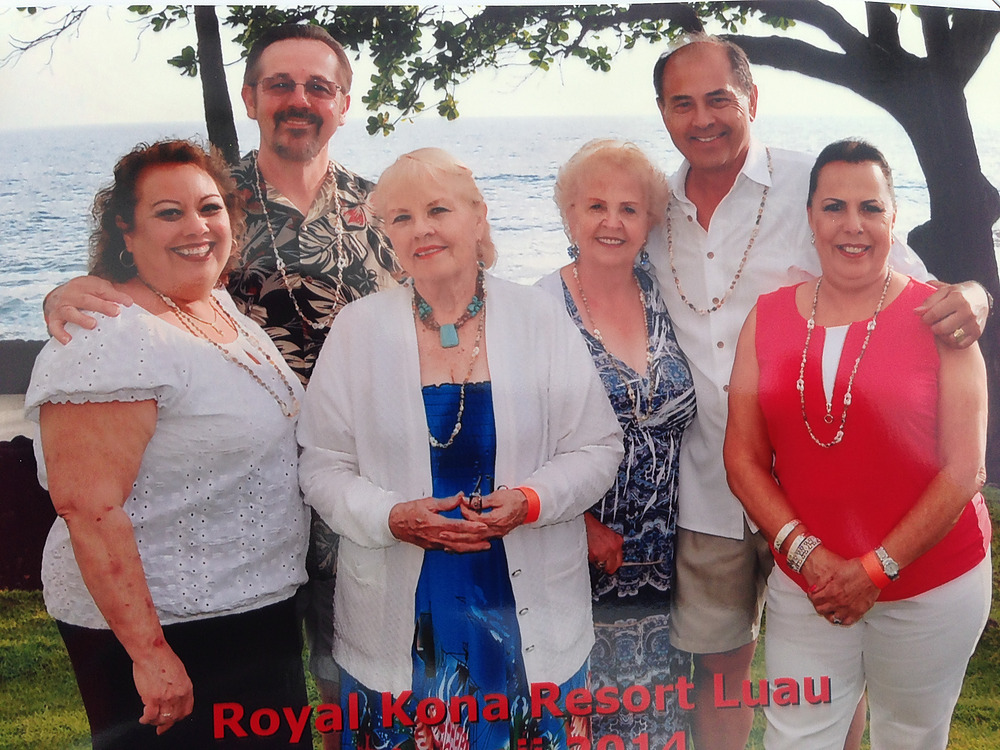 Chuck & Judy
Family
November 11, 2021
Carol - bigger than life girlfriend! So many memories.....our trip to Paso Robles to wine taste. Worried if the plane would pick us all up on the return trip with all that wine! David had faith.....LOL. Hawaii and cracking up in the Donkey Balls store, they almost kicked us out.... Many family events.....How can we possibly say goodbye? No, that's far too painful. Instead, til we meet again! Thank you for the wonderful memories, thank you for loving us, most of all thank you for being you!
Chuck & Judy
Family
November 11, 2021 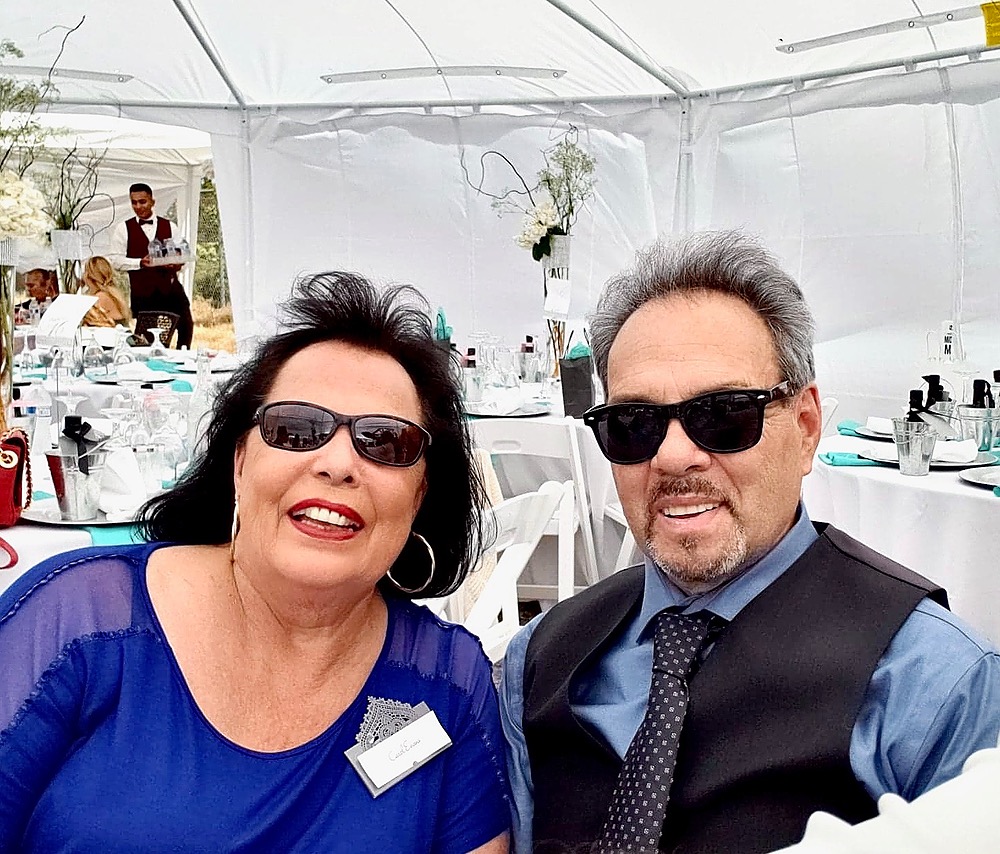 I love and miss you so much! Rest In Peace Carol
Steven Fernandez
Family
November 8, 2021 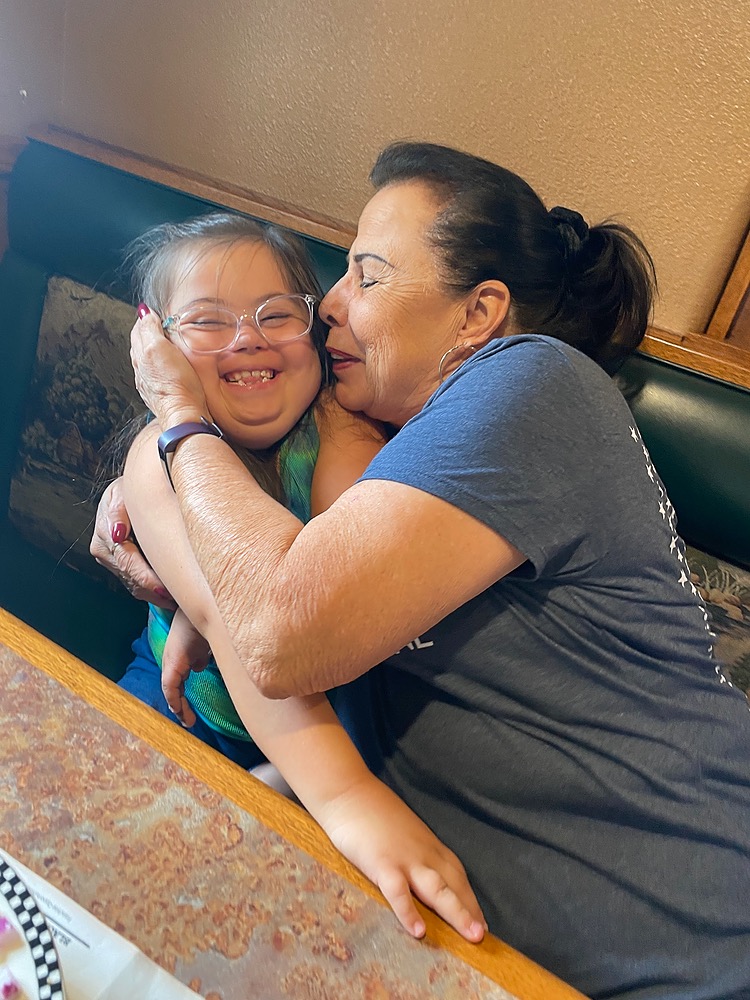 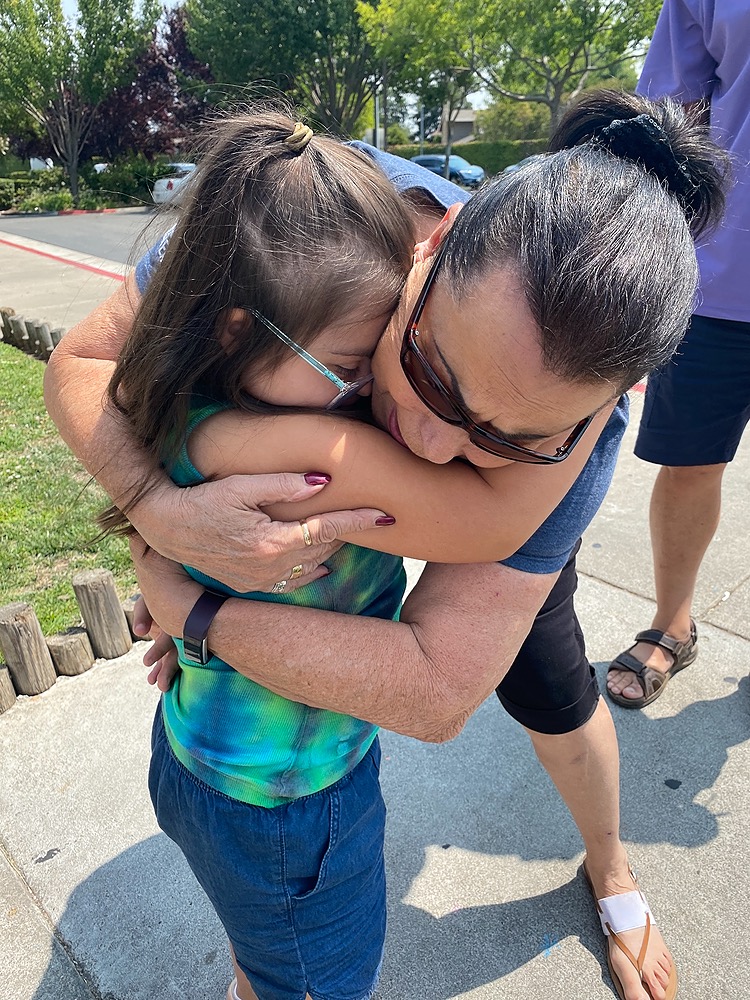 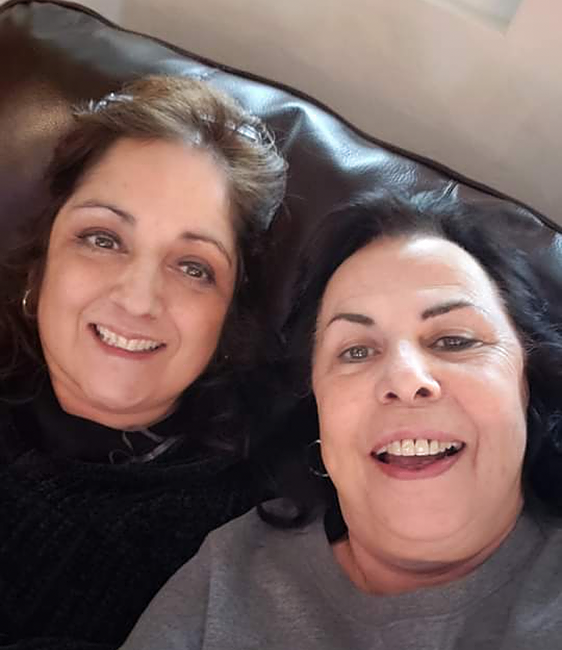 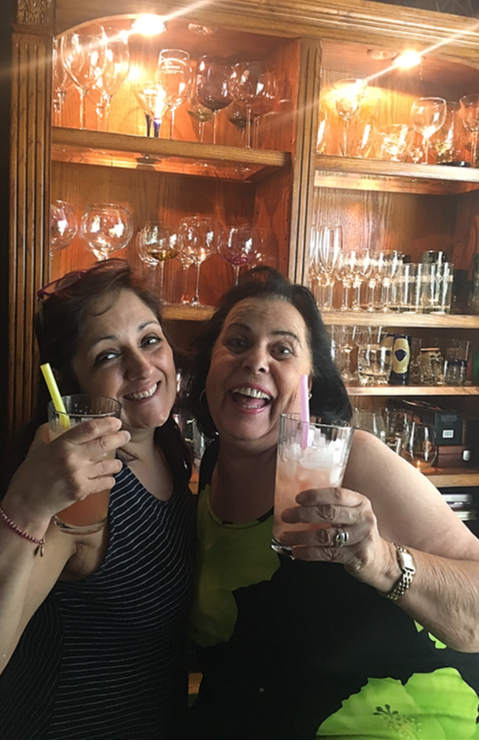 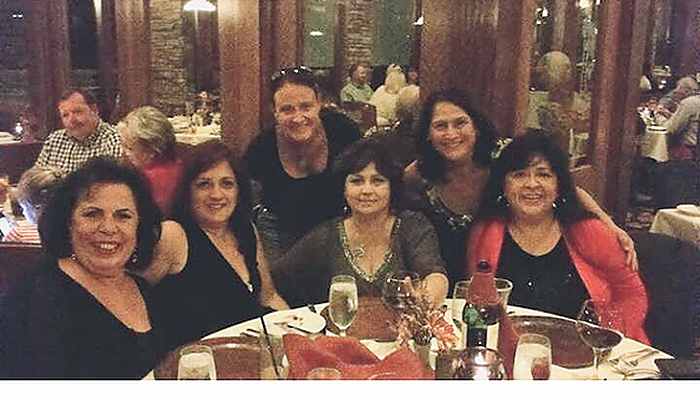 Linda Rice
Friend
November 1, 2021
To a beautiful soul whom I´ve had the pleasure of knowing for 37 years I´m so blessed to have known you an to have our friendship. On the days I miss you most I think about what an incredible friend you are and all the love I have for you. I will miss you forever Carol thank you for being my best friend.
Linda Rice
Friend
November 1, 2021 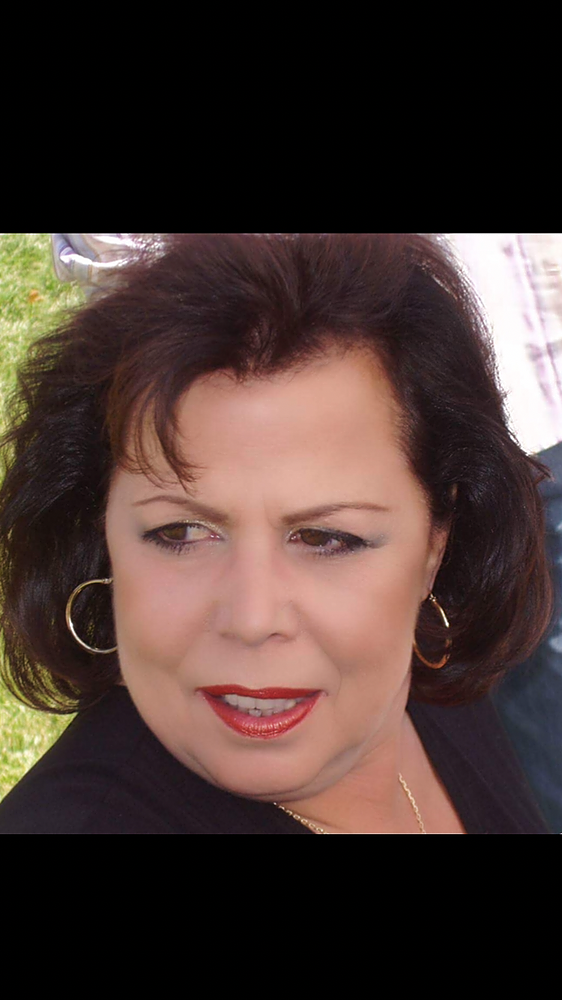 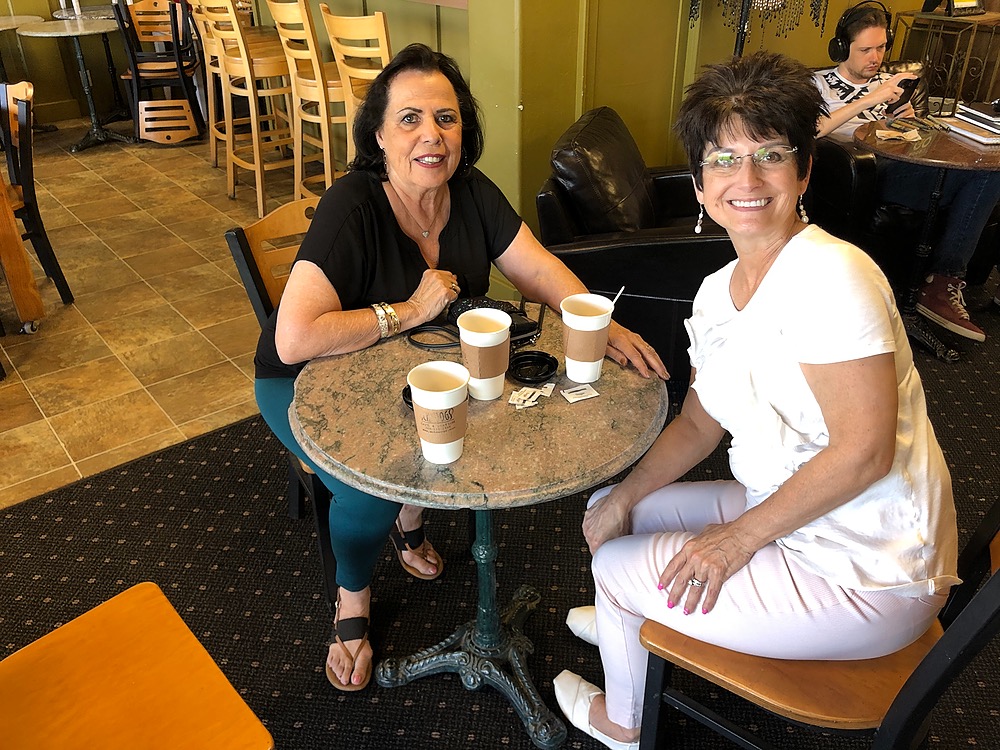 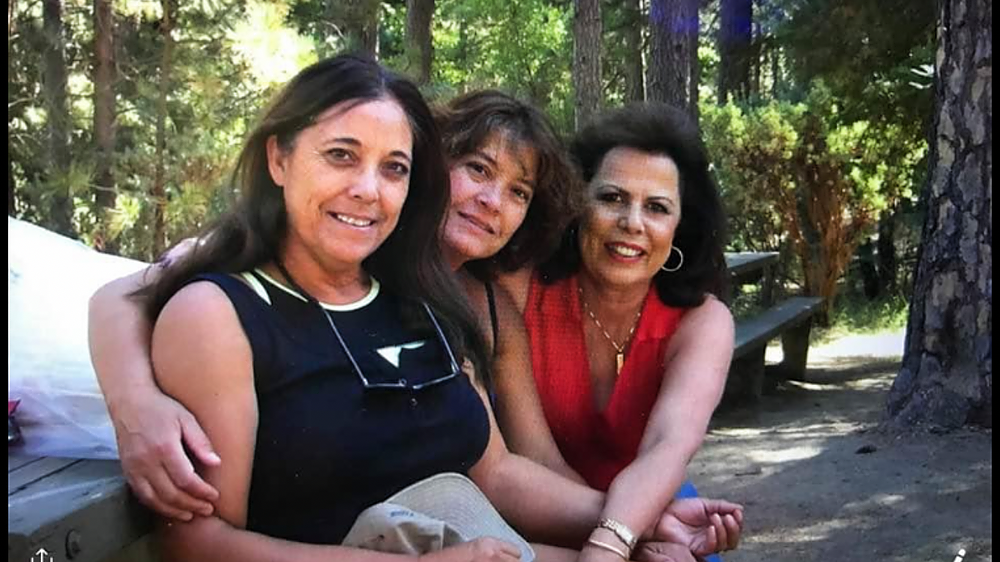 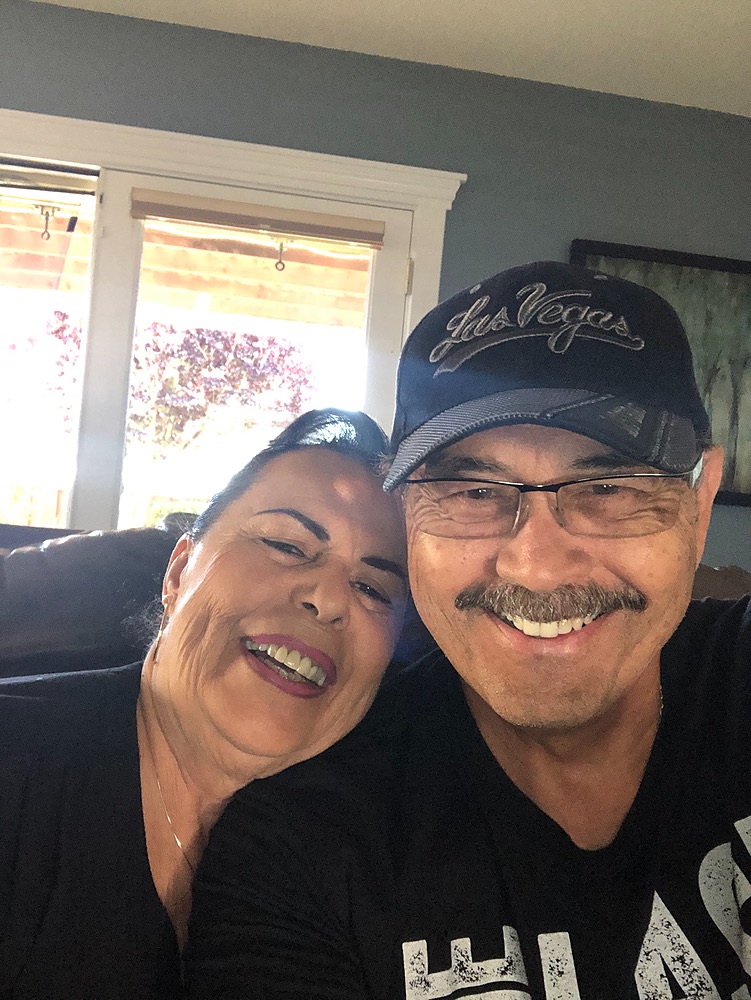 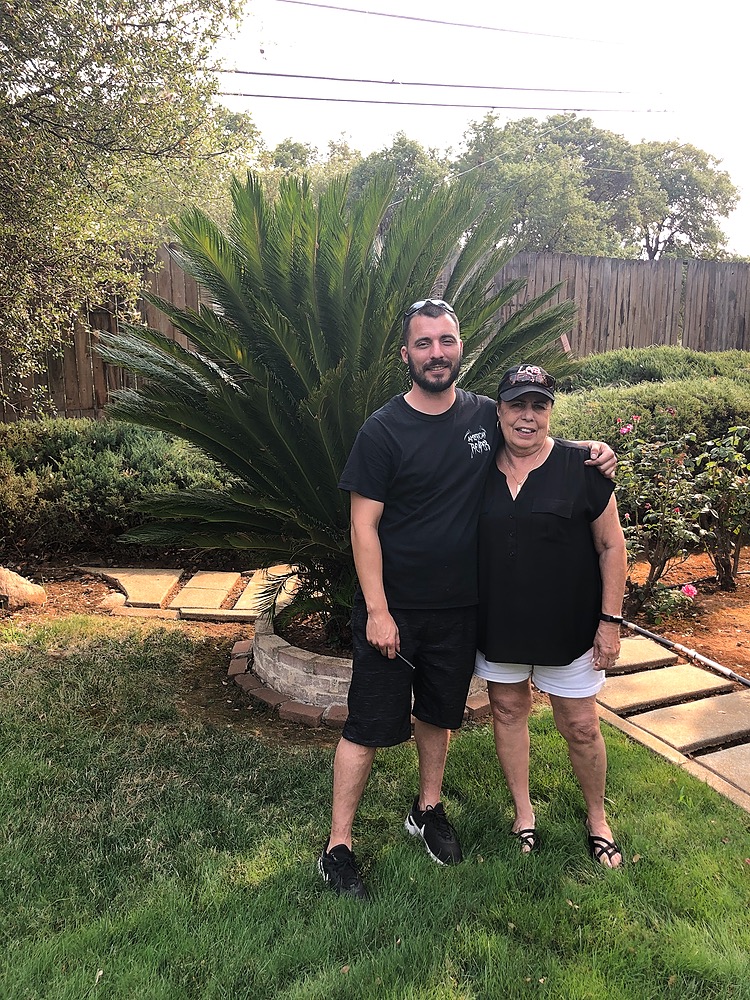 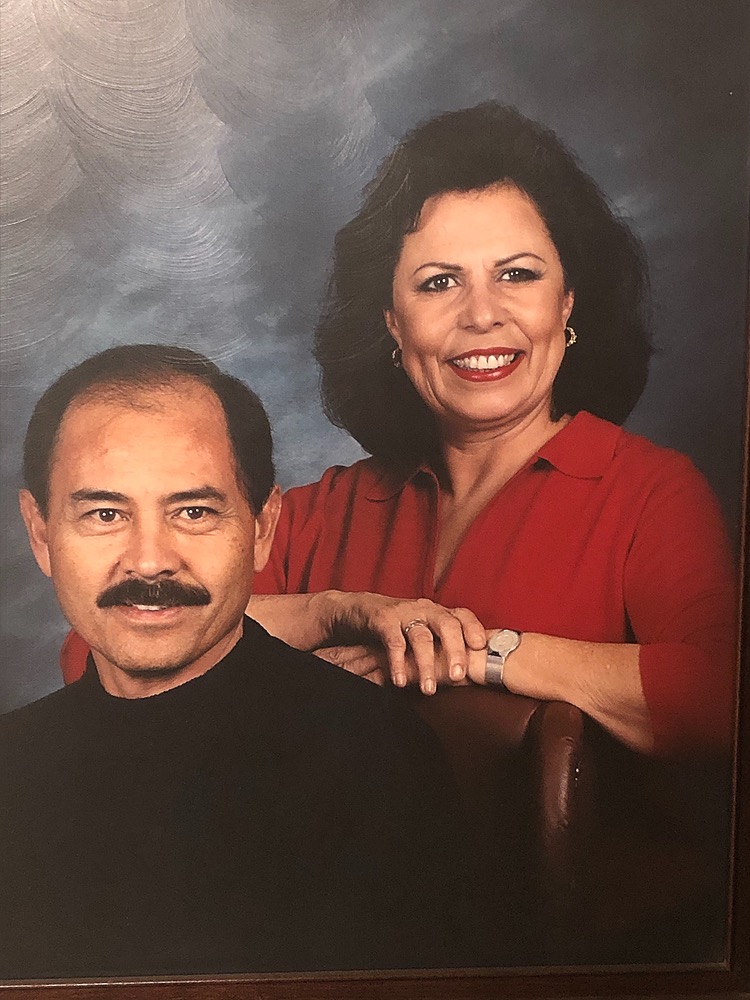 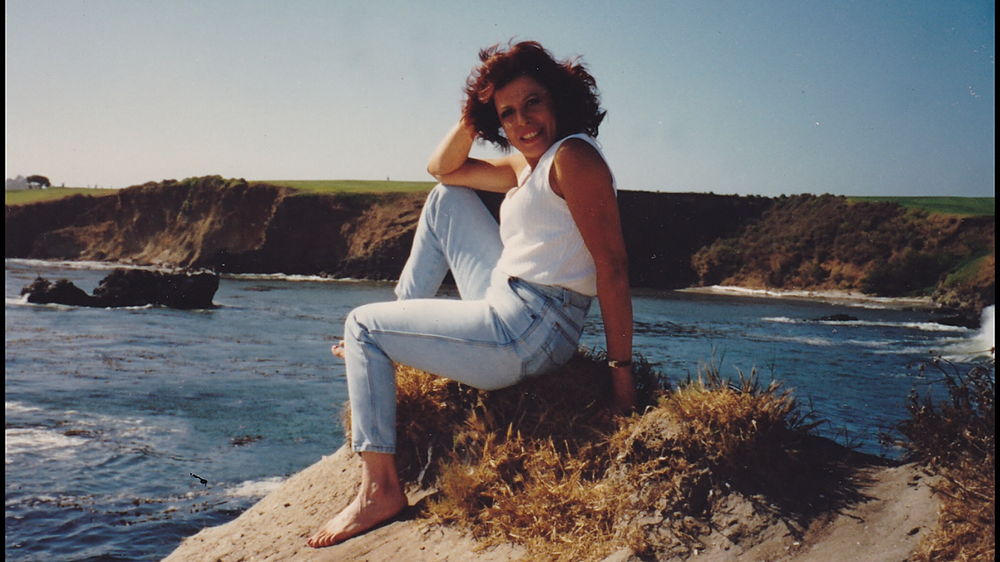 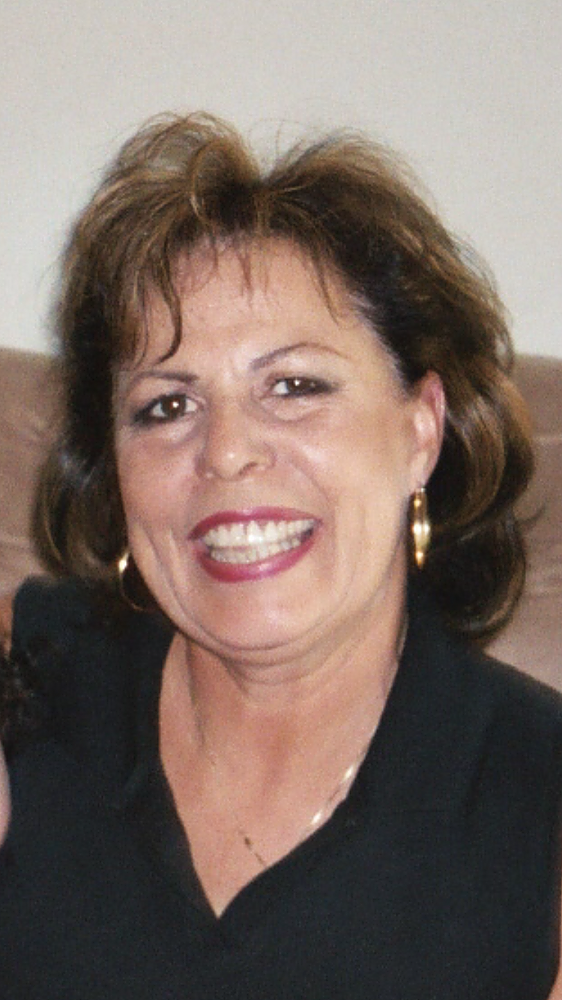 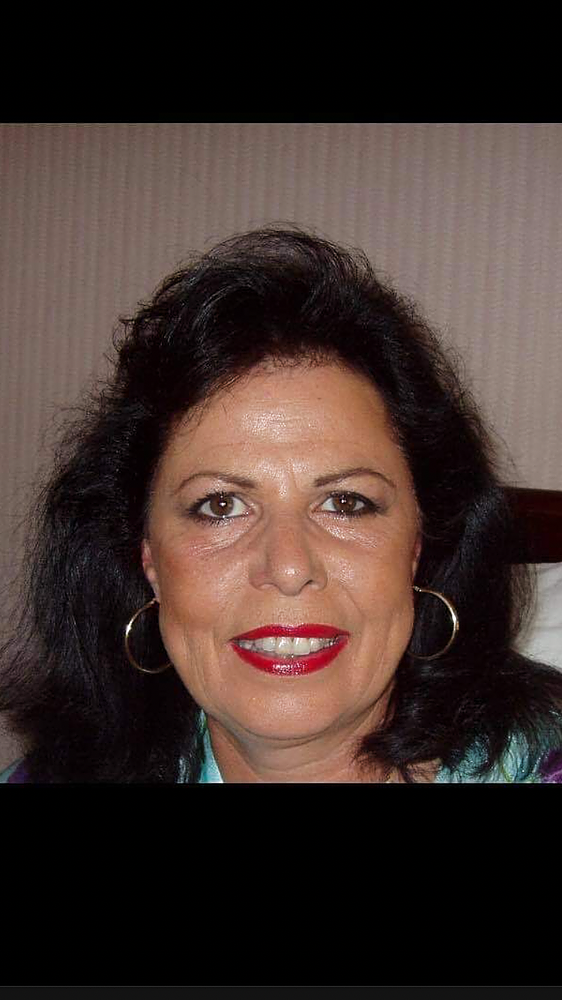 David
Family
October 28, 2021
She was the light of my life, a blessing of God. I am so grateful for the 25 years of wonderful memories.
David
Family
October 28, 2021
I've known Carol for 51 years, she was my employer, neighbor, hair stylist but most of all she was my friend. I babysat Ronnie and Evan, I went on vacations with them, watched the boys ride motocross bikes, our families became great friends. I know she is up in Heaven giving my Daddy Red hell....she was good at it and he gave it right back!!! My deepest condolences to David and the kid's may God bless you!!!
Kathy Robertson Brinkley
October 27, 2021
We lost someone great and know that Heaven gained a beautiful soul. We begin to remember not just that you died but that you lived and that your life gave us memories to beautiful to forget.
Teri DeLaCruz
Family
October 26, 2021
Farewell cousin Carol as the God's guide you on your new adventures.
Domingo Rivera ( cousin Nicky )
Family
October 26, 2021
What a blessing it was when Carol and my Dad meet. She had such a good heart. She will surely be missed.
Sandy Masterson
October 26, 2021
Gone way to soon, you are missed.
Theresa Castillo
October 26, 2021